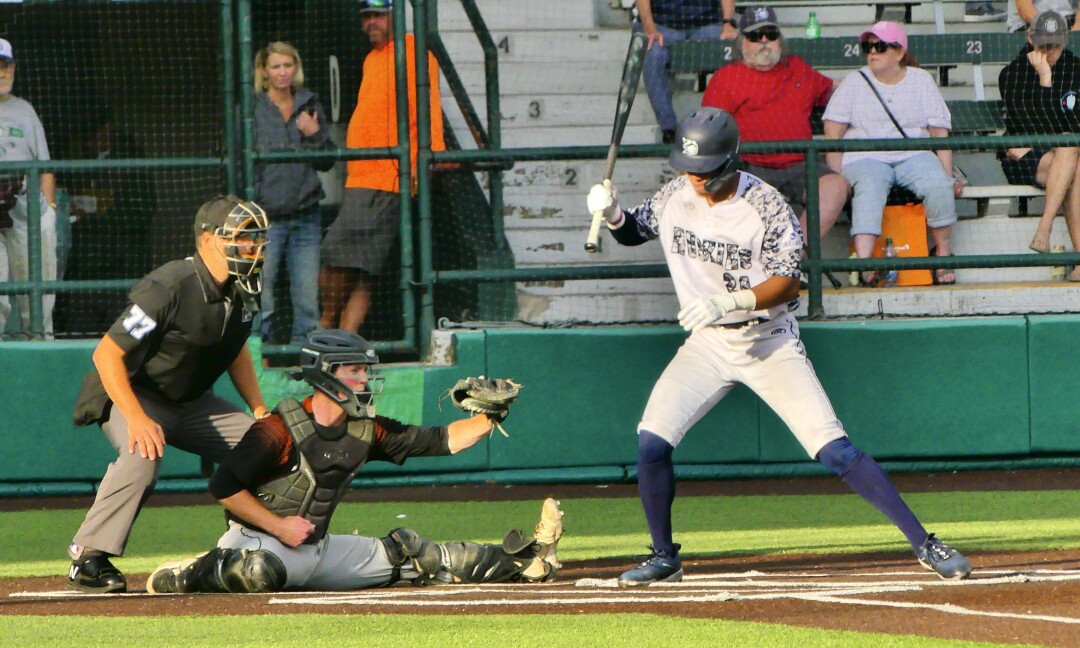 Because it’s “only” the Northwoods League, a minor development league with teams populated by players from colleges all around the country, the true drama of the frantic finish has not generated the enthusiasm it deserves from the often-placid Duluth area fans.

The Duluth Huskies have had an entertaining season at Wade Stadium, but fans found it easier to attend the many music festivals than to make it out to Wade. Maybe we’ve become spoiled by UMD’s success in various sports, but the end of this season deserves to rank among the most amazing performances in Twin Ports sports history.

Players come and go on either full or partial contracts, of course for no financial reward, so the rosters fluctuate considerably. The Huskies started off strong, and held on the narrowly escape with the first-half championship in the Northwoods Great Plains East first half — the first time the Huskies had accomplished that. They faltered in the second half, getting off to a terrible start and then rallying to become competitive again, while the Eau Claire Express ran away with the second half.

Playoffs in the Northwoods League happen suddenly, and in the semifinal round, Duluth had to play Eau Claire in a best-of-three series, first game in Duluth, second and third in Eau Claire. The games were Sunday, Monday and Tuesday.

Game 1 started as though the scoreboard might not contain all the runs. Eau Claire opened with three runs in the top of the first, getting a triple and a fence-shaking double to take command. That command lasted only until the last of the first, Second baseman Jonathan Vastine socked a leadoff triple to right-center, then shortstop Kristian Campbell came through with a blast over the right fielder’s head for another triple.

That cut the deficit to 3-2, and left-fielder Joe Vos came struck out in what turned out to be one of the more productive strikeouts in Duluth’s season. The low pitch was blocked by catcher Sam Hunt, but as Hunt scrambled to pick up the ball, Voss raced for first base. Now, Hunt went on to throw out three runners as the game progressed, but his hasty throw this time eluded the first baseman, so Voss was safe as Campbell jogged in from third base for a 3-3 tie.

In the top of the second, Eau Claire shortstop Charlie Szykowny socked a triple to drive in a run for a 4-3 Express lead. Somehow, Huskies starter Devin Dodson held the 4-3 deficit until the fifth inning. Huskies fans had good reason to figure their favorites might not be able to overtake the team that had outscored the Huskies by an average of 8-3 through all eight games during the regular season, and that apprehension worsened in the top of the fifth, when Reed Latimer of the Express socked a solo home run off reliever Ryan Chmielewski, making it 5-3.

Then it appeared the Baseball Gods smiled on the Huskies. In the last of the sixth, Eddie Rosario cut the deficit to 5-4 with a sacrifice fly, and incredibly, they tied it 5-5 when Vos struck out again, on a ball that got by the catcher.

The Huskies took control of the action when Frederick drew a bases-loaded walk to force in the run that gave them a 6-5 lead. Then up came Vos, who proved that he could drive in runs with something other than a strikeout by hitting a 2-run single to boost the lead to 8-5. The game ended up 8-6, and improbable first victory for the Huskies over the Express all year.

The teams then switched to Eau Claire for Game 2, and the Huskies got a strong pitching performance from Jake Combs, and took a 4-0 lead behind two hits apiece from Jack Painter and Cam Frederick. The bullpen held on through an Express rally that cut the margin to 4-2, then 4-3, but after going 0-8 against the explosive Express all season, the Huskies swept the best-of-three in two games, earning a one-game playoff against the Willmar Stingers on Wednesday night, with that winner advancing to the Summer Collegiate World Series.

The Minnesota Twins could take a lesson from the Huskies resiliance, as they try to stop their free-fall out of first place as the red-hot Cleveland Guardians streak into first place. When the Twins finally broke out for a 4-2 victory over Kansas City, which was laborious. In that game, Max Keller got a double and two singles in his first three at-bats, to break out of a 0-for-29 slump that was the worst in Major League Baseball.

Minneapolis Star Tribune columnist Jim Souhan jumped on the angle for a column in the Tuesday Strib, pinning full blame for the Twins nosedive on Keller and his slump. In explanation, he says the Twins have plenty of “quality right-handed hitters, led by Byron Buxton and Carlos Correa.” So, I looked it up. Kepler, despite his horrible slump, went into Tuesday night’s game with a batting average of .230; Buxton, without such a slump, is hitting .226!  Checking further, Buxton has accumulated 89 hits this season, which you might think is impressive until you also note he has 119 strikeouts.

The Vikings opened exhibition season with a 26-20 loss to Oakland. Starting quarterback Kirk Cousins didn’t play, but not for the usual veterans-sit-out reason, but because he has tested positive for COVID-19. That gave the back-up guys the chance to shine. Sean Mannion started and went a respectable 8-12 for 79 yards. Kellen Mond came in and went 9-14 for 119 yards and two touchdowns in the rally.

It was not quite what Kevin O’Connell had in mind for his first game as an NFL coach, but the regular season — and the regular players — are a ways away. He did like the way Mond stood unflustered in the pocket and threw one of his TD passes. That might indicate why O’Connell has granted Cousins the starting job. Apparently, some coaches feel most comfortable when the quarterback stands still in the pocket and reads off his choices, and Cousins is very good at that. What he’s not good at is when he has to scramble and find alternative receivers on the run.

They only published the top 14, and Cousins was reportedly exactly halfway down the list. Middle of the road, as long as he gets good blocking.