The choice on guns 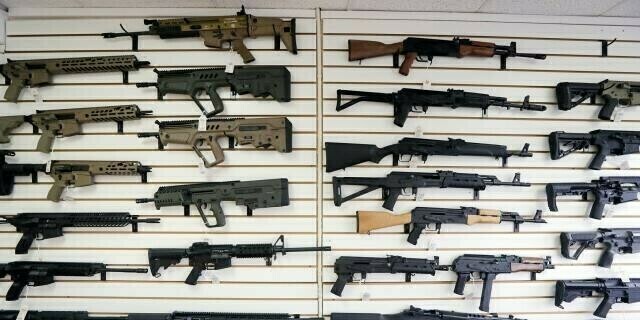 Bad thinking and misinformation about guns is common in our country. Apologists for our crazy gun culture often use misleading statistics. Their arguments sound reasonable or appear to be supported by facts and numbers. But statistics can be misleading when they are misused, out of context or interpreted incorrectly.

I recently read a letter-to-the-editor that claimed mass shootings were not a problem because they are a very small percentage of the 45,000 gun-related deaths each year. The author accused gun control advocates of exaggerating the issue.

It is true that mass shootings (four or more people shot or killed in one incident) result in less than 1% of gun deaths. The majority of gun deaths (55-60%) are suicides. Another 40-plus percent are your everyday murders (domestic killings, drug gang shootings, bar fights, etc.).

But this doesn’t mean mass shootings should be ignored or we don’t need to ban assault rifles, high-capacity magazines or tighten other gun laws. Guns are not part of normal life or the “cost of freedom.”

There are many things that are not statistically likely to happen that we still limit with social norms and legal barriers because it is good for the society as a whole. COVID-19 has only killed a million people – less than 1/3 of one percent of the population. But no one (at least no sensible people) advocate ignoring the pandemic.

Drunken drivers are a small portion of the millions of drivers Very few people run red lights. But we still have traffic laws, registration for cars, stop lights, speed restrictions and age limits on who can drive. Drivers have to be licensed and pass tests. They have to be insured to protect others.

The same sensible, necessary restrictions should apply to guns. When you put the statistics into perspective all the arguments for gun ownership are simply bad thinking that makes it easier for bad things to happen.

Easy access to guns is not needed in a civil society. Having more guns than people is crazy and makes everyone less safe. This is especially true for high power, rapid fire, high capacity magazine military style weapons. These are not sporting weapons. They are designed to kill people quickly.
So why do people think they need guns? Statistics tell us about 32% of adults own guns. Of that group 67% claim the major reason is for self protection.

But most people in this country live in safe neighborhoods and are highly unlikely to be victims of crime. The statistics show about 2% of the population are victims of property crimes and only 0.3% of violent crimes (mostly aggravated assaults – read bar fights). The violent crime rate fell 49% between 1993 and 2019. Also more than half of gun homicides happened in just 127 cities (with 25% of the population).

In those cities 50-70% of the murders involved between 0.3 and 6% of the local population. Despite what people may think, it is not true that the country is suffering from a crime wave.

Thinking guns are needed for home security or personal protection is delusional. People successfully defending home and family with guns are very rare. They are more likely to be hurt by gun accidents.

The real threats to most people’s personal security comes from illness, accidents, job loss, racism, economic inequality or the lack of a decent system of social support in this country.

Guns do nothing to protect people from life in America.

Another fallacy promoted by the gun advocates is that we need guns to protect our freedom and liberties. We need guns to keep the government from imposing tyranny (meaning collecting taxes and limiting access to guns).

But this is a ludicrous argument on its face. Guns (and wars) didn’t bring us freedom nor will guns (and wars) preserve our freedom

Our liberties were created because we had the beginnings of a democratic society (ironically handed down from England). We had a rudimentary concept of the rule of law. This created some freedom for some people (white males). This foundation was established in the Constitution and the Bill of Rights.

But it took the agitation of many social and political activists, over our entire history, to give meaning and substance to the ideals and to expand freedom to all of us. This happened in legislatures, court rooms, on picket lines and in the streets.

None of this social progress happened because citizens had guns. In fact guns were used by state militias, police, white supremacists and big business to oppose widespread freedom and social progress.

Looking at the breakdown of gun ownership is insightful and disturbing. Gun owners are most likely to be Republicans, rural residents, men, self-identified conservatives and Southerners.

You can draw your own conclusions from this information. But it seems to me that with guns – and all other problems we face – the Republican “party of no” is part of the problem and not the solutions.

The real threats to all of us are the fear, hate, racism, sexism, militarism and bad thinking that infects too many people in this country.

What is dangerous is the promotion of these pathologies by some politicians for political gain. All current Republican politicians are opposed to gun regulations. Most foster fear and hate of immigrants and minorities (openly or tacitly). They repeat the false narrative that crime is rampant. Most of them repeat the lie that the 2020 election was stolen (or refuse to tell the truth that it wasn’t).

News reports say 30 million people believe violence against the government is justified. This is the same number of people who support returning Donald Trump to power by force.

These facts should be alarming to every sensible citizen, including independents and traditional conservatives.

The important issue is what kind of society do we want? Will we live in decent communities with respect, tolerance and freedom for everyone where no one needs a gun?

Or will we live in fear in divided, gated communities with everyone packing heat?

These are our choices in November.