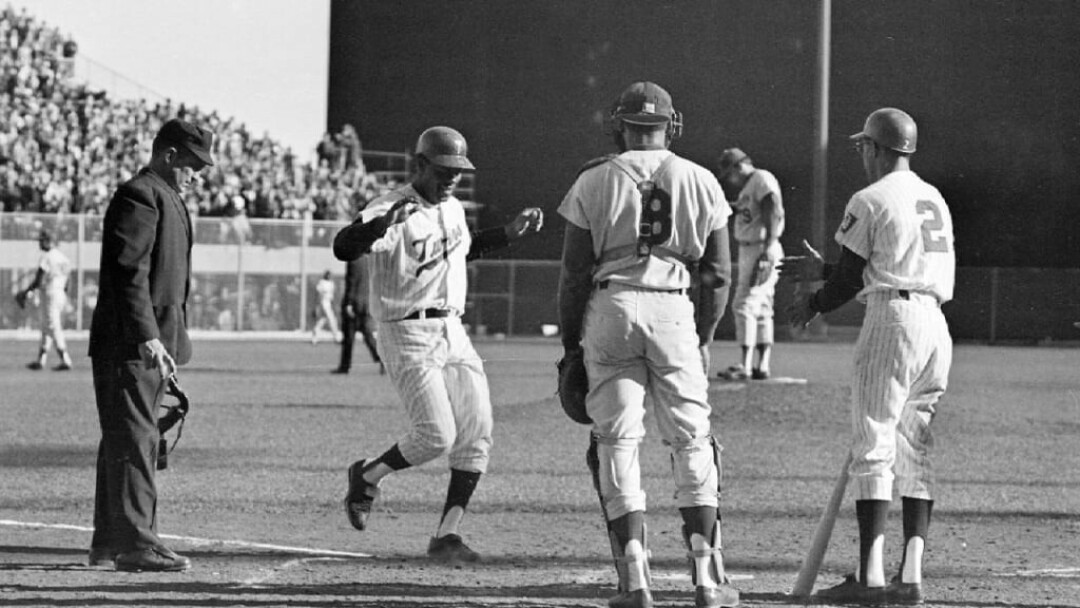 KNIFE RIVER – With a couple of old-time Minnesota Twins entering the Baseball Hall of Fame this past Sunday, I reminisced about those days several times during the week preceding the ceremony. Tony Oliva and Jim Kaat have finally taken their rightful places in the hallowed hall, and I couldn’t be happier for them and their families.

For Oliva, the event marked a successful acknowledgment of a long trip to get to Cooperstown. Born in Cuba, the Cuban Revolution occurred shortly before Oliva came to the United States. He arrived in 1961 after a Twins scout recommended that the team give him a serious look. He went to spring training, and his hitting talent was evident immediately. He struggled in the outfield though, and the club actually released him as they had nowhere to assign him at that time.

Oliva ended up going to North Carolina to continue working on his game and Charlotte GM Phil Howser was impressed enough that he made contact with the Twins and urged them to reconsider Oliva. They did, and in 1962 and ’63, he played in the minors in the Appalachian League and then in the South Atlantic League. He fine-tuned his hitting skills and worked at improving his fielding. Toward the end of the ’63 season, he got a call-up from the big club and hit .429 in 7 at-bats. This performance earned him a shot at the majors again at the 1964 Twins training camp, and Tony earned a spot on the major league roster and went on to put up one of the most impressive rookie seasons in MLB history. He was the MLB 1964 Rookie of the Year. He also won the American League batting title and was 4th in MVP voting. That is unheard of.

When the Twins came to Minnesota in ’64, my grade school buddies and I became immediate fans. MLB was still in the catbird seat nationally for sports popularity. Growing up at the tail-end of West 7th Street in St. Paul, the only thing between the old Metropolitan Stadium and us was my Mighty Mississippi River. No problem! My mates and I would ride our bicycles up to Highland Park, cross the river on the Ford Bridge, and go through Fort Snelling, which was just east of the MSP Airport and minutes away from baseball heaven!

In the early days, kids could get a “knothole gang” ticket for $1.50. That got you into the outfield bleachers and were really great seats! Twenty-five cents could get you a cone of popcorn, which after being emptied, you could punch out the closed end of it and use it for a rudimentary megaphone to make some racket with. Sodas and Schweigert's Ballpark hotdogs were inexpensive, and most kids’ favorite of that era was the epic chocolate Kemps “Frosty Malt”! It was a small portion of ice cream served in a cup made of carton material. You would peel the top off and consume it with a small wooden stick shaped like a spoon but flat. I’m thinking that I had a hundred or two thousand of those as a kid, but who’s counting? They were nothing short of excellent!

As I became older, I recall leaving many a game and noticing real young kids exiting the stadium with that ring of chocolate ice cream around their mouths, or sometimes all over their entire face! That still brings a smile. Good times!
Jim Kaat began with the Twins in 1959 when they were still the Washington Senators. He came to Minnesota with the club in ’61 and played for them until 1973. He also played for the White Sox, Phillies, Yankees and Cardinals, retiring in 1983. At the time, he was one of only 29 players to have appeared in four different decades as a player. He was the last original Senators player to retire and spent 25 years as a major league pitcher. He had the third longest career of any MLB player behind Nolan Ryan and Tommy John.

I saw “Kitty” pitch many a game for the Twins and while he may not have been a superstar compared to others at his position, make no mistake, he was a pretty solid pitcher. And those were the days of “old school” pitching. You didn’t think twice about throwing a brushback pitch, and you didn’t think twice about hitting an opponent with a pitch when it may have been necessary. Most times, the skipper wouldn’t have to say a word about it. You just knew what had to be done and did it.

In retirement, Kaat did some coaching and worked as a longtime broadcaster. In 2018 the Twins brought Kaat back on board as a “Special Assistant” to club President Dave St. Peter.
So, after 6th place finishes for the Twins and LA Dodgers in the ’64 season, both vastly improved for the ’65 campaign. The Twins emerged victorious in the AL Pennant chase while LA battled with four other clubs for NL supremacy. They finally came out on top by going on a 13-game win streak in late September. This set up one of the best World Series to date, with the Twins receiving home-field advantage.

The Twins won G1 and G2 at the Met (8-2, 5-1) but dropped the next three tilts in LA. (4-0, 7-2, 7-0) Twins fans were giddy after going up 2-0 in the series but were quickly subdued after the trip out west to LA. However, the Twins would come back to tie the series at three games each (5-1 W) with a dominant full-game pitching performance by Mudcat Grant to set up a seven heaven for the ages.

At this time, I was in the 6th grade and in the city, the grade schools were all “neighborhood” schools. Kids walked to school every day, you went home for an hour to have lunch, and it was just a different world back then. On the day of G7, right before departing for lunch, our teacher told us that he wouldn’t be back for the afternoon session but that our “assignment” would be written on the blackboard for us to follow. When we all returned from lunch, sure enough he was gone, but next to his desk was a TV on a cart, plugged in and ready to go. On the blackboard, the following message was written – “I am at the Twins game. I didn’t have the heart to tell you because I couldn’t take all of you with me. Your assignment is to sit back, watch the game on the TV, and enjoy baseball history.”

Needless to say, we were all floored!

That TV was on in a microsecond, and we all settled into our desks to watch the game unfold. There was two future BHOFer’s going that day; Sandy Koufax from LA and Jim Kaat. In a game I’ll never forget, the Dodgers prevailed with Koufax hurling a 2-0 shutout for the win and the WS Championship. It was a somber evening in the Twin Cities that night. But neither will I ever forget Tony-O and Kitty Kaat, two of my childhood baseball faves... PEACE