Land Rover has a Defender to uphold SUV tradition 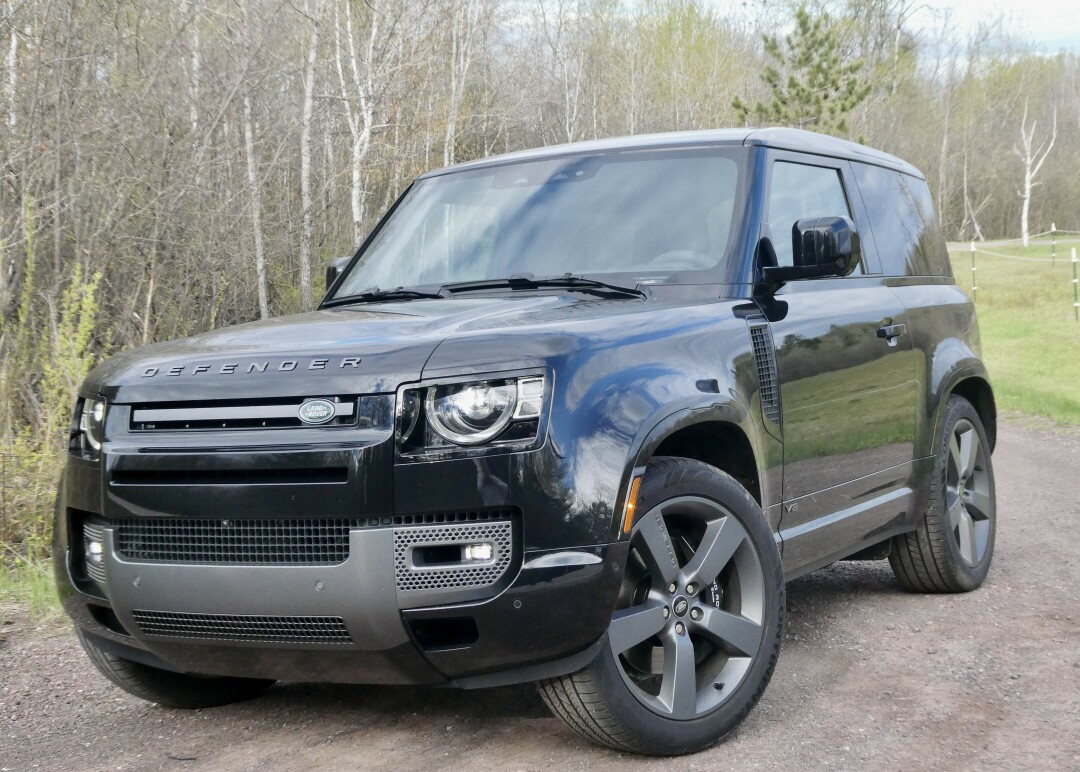 Whenever the opportunity arises to test-drive a Land Rover or Range Rover vehicle, I know it will meet and exceed all my expectations.

Every manufacturer sells an SUV or two, led by Ford, which has so many SUVs it seems to be duplicating itself. For example, the slick compact Escape is a strong performer and good looking. It has been a strong success, so Ford built a square version and plunked it onto the Escape platform and called it the Bronco.

The Bronco brought back the name of Ford’s first SUV, which came in either two or four doors, so after the new Bronco met with overwhelming success, Ford added a Sport version, and then a 2-door, and both have added to Ford’s coffers.

Now you look at the Defender Sport 2-door I tested, and you might come away with suspicions that one of the companies saw the preview information and technical details of the other. Can’t say which cop the other, or even that such a sinister suspicion is true. Maybe it’s just coincidence.

Price has always been the barrier between normal consumers and anything from Land Rover, and the Defenders Sport fits right in the midst of them. The top of the line Range Rover and Sport have base prices that can stat at $130,000 to $211,000, and range down to the Discovery Sport at $41,000.

The thing is, despite first impressions of sticker shock, once you ride in one or drive, the amazing and luxurious fit and finish of the prime interior fittings make you realize it’s probably worth any price.

The Defender I drove was the Sport in the new 2-door version, and it came loaded with all the finery Land Rover could pile in. That all brought the sticker price up to a lofty $106,710. Compared to the most expensive Bronco, the Defender puts it sticker shock right out there for all to see.

It uses a two-speed transfer box you manually shift if you want the low range for ultra-off-road duty.

On the road, the 9-speed transmission is smooth and flawless. The 22-inch wheels are mounted with heavy-duty off-road tires that work smoothly on the road, too,.And the Meridian surround  sound audio system has a 700-watt kick to it, in case you’re winding the engine too loud and still want to hear your tunes.

Everything from Land Rover until the Evoque was a solid, built-like-a-tank 4-door fortress. The Evoque broke new ground by being a slinky, contemporary styled vehicle in either 2-door or 4-door.

The Defender has a contemporary look too, with rounded corners on its squarish body. To me, the look is both sporty and elegant. The Defender also maintains the tradition of being both smooth and comfortable — with excellent bucket seats — while never losing sight of its heritage of being unexcelled in off-road operation.

Te undercarriage is built fortress-strong, and you know you can tackle any terrain, up, down or over, without problems once you check under the hood. Instead of a high-tech new turbo 4-cylinder, which would have done the job, the Defender has a 5.0-liter V8, built in-house and naturally aspirated. It puts out 518 horsepower and 461 foot-pounds of torque without a turbo, which vaults the Defender off the line — to say nothing of up a Moab cliff — swiftly and smoothly.

I like the agility, whether real or perceived, of the shorter-wheelbase 2-door Defender, and we enjoyed using it as a runabout or Target shopping hauler.

But when our older adult son, Jack, came along, he insisted he could hop into the back seat and be fine. So we slid and folded the front seat, and he tried to climb, wrestle and finally hurtle himself through the tiny wedge-shaped space and into the back seat.

Once there, he was comfortable, with adequate legroom and enormous head room, right up to the expansive sunroof. So it will seat four, but you’d be best off if the two in the rear were kids.

No matter how many you carry, the Defender gives you the feeling of total, vault-like security, and kits features include all the latest connectivity devices and with traction control and dynamic stability control, you’re pretty confident you and your defender will welcome the next blizzard headed our way.

We did, by the way, find it easier to extricate Jack from the rear seat more easily that he got in.