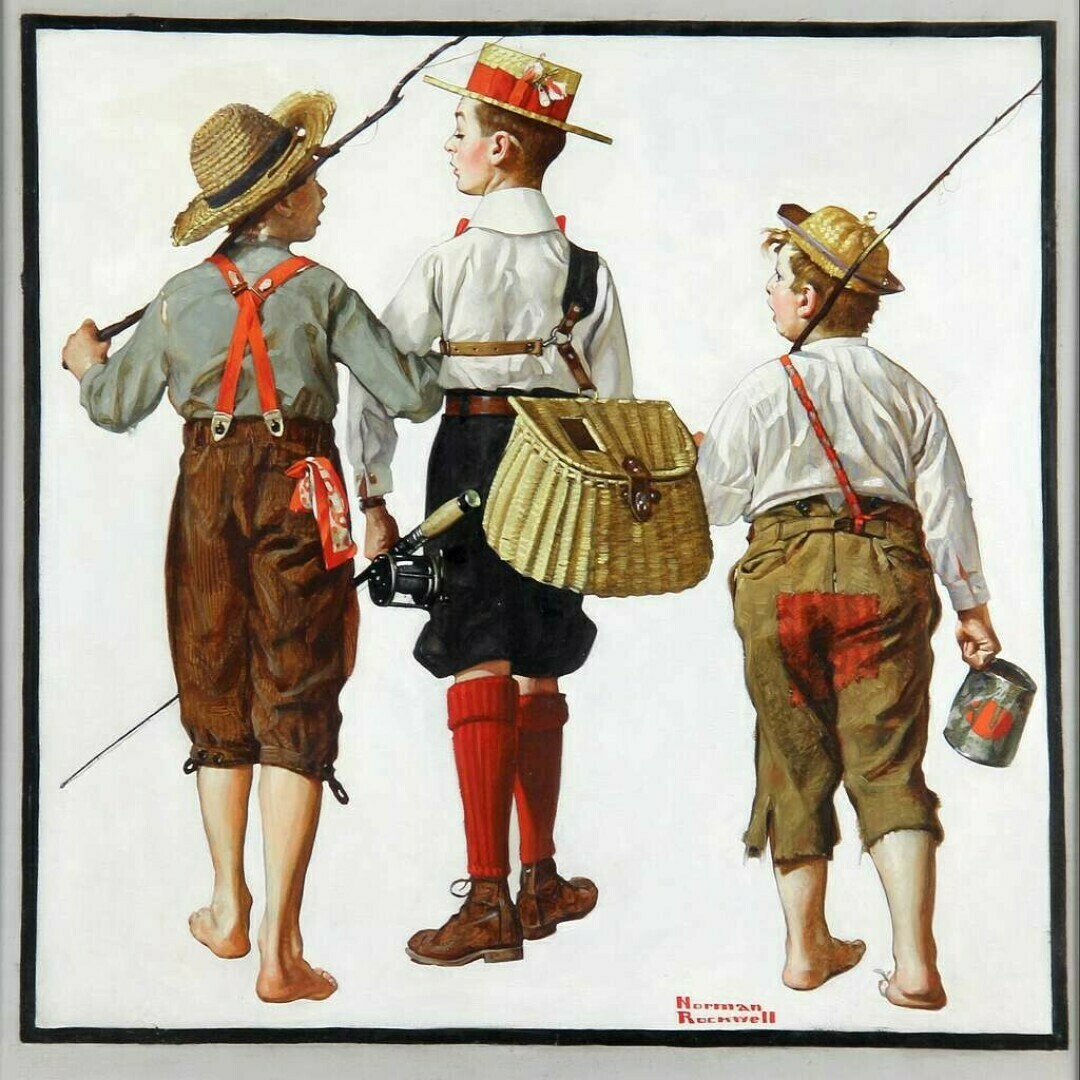 Carl Anderson and I made the unlikeliest pair. He was known as a wild man and a notorious barroom brawler, while I was happy-go-lucky and hadn’t been in a fight since grade school. He did give me one bit of advice which is undoubtedly sound: “If you want to win in a fight, always get the first punch in.” I didn’t expect to ever make use of that knowledge, but I appreciated the thought.

We were making the rounds one day and went into the VFW. There was a board in the front with 100 spaces on it. It advertised a free fishing trip for the winner, with everything supplied at $5 a chance.

You can probably guess how many places we had gone to by the conversation we had about it:

“We should take a chance on this,” Carl said.

“What would I do with a fishing trip?” I asked, since I went fishing whenever I wanted to.

“What are the chances you’ll win it, anyway?” Carl asked.

“True enough,” I said, so, confident that I didn’t have to worry about winning, I paid $5 and wrote my name in a square.

About a month later, I walked into the VFW and the bartender said, “Congratulations! You won the fishing trip. Talk to Al about it, and he’ll fill you in."

Al was Al Luoma, a great talker who was the bar manager at that time. Later he would buy Ostoff’s Tavern, which was on the corner of North Road and Hwy. 33, but that’s another story.

For now, Al was happy to see me, and filled me in on the travel plans. We would leave on Thursday night after the bar closed, drive to the lake where we had a campsite reserved for us, and launch the boats from the resort. That would give us Friday, Saturday and most of Sunday for fishing. All the equipment was supplied.

On that Thursday night, I grabbed a warm jacket and headed for the bar about 11 p.m. There were eight guys going. I knew a couple of them, and Al introduced me to Hank the Barber. Hank’s barber shop was next door to the VFW. He had a last name, but everyone called him Hank the Barber.

It was close to 2 a.m. when we got going – three cars, two towing boats and one packed with booze. Our first stop was in Duluth, where we picked up ice to fill the coolers. To my surprise, Al told me he hadn’t had a drink in three days and wondered if he should start now. I was surprised because the way he was driving, I was sure he was drunk to start with. I told him it would be best to wait and he agreed, which was a relief for me.

About 5 a.m. we pulled into a diner on the North Shore for breakfast. Here is where I got my first look at Echo Sireen. I’m sure he had been riding in one of the other cars, but he looked as though he’d been dragged behind. His feet were bare and very filthy, and he was very, very drunk. The first thing he did was to try to pick up a woman who was sitting in a booth with her husband. Someone managed to steer him to a stool at the counter.

Hank the Barber got his boat launched and waited offshore while Al pulled his boat away from the dock. I was sitting in the back, and I noticed water bubbling behind me.

“OH! OH!” Al said, throwing his arms in the air. “That’s OK,” he said, “Sit there holding the plug, and as soon as I get the motor going, the water will suck right out.”

He couldn’t get the motor going, so Hank the Barber threw us a line and started towing us across the lake. He couldn’t get us going fast enough to suck the water out, so we are still slowly sinking.

When the campsite came into sight, Old Man Crocker laughed and said, “You know, Al, this reminds me of the time you forgot to hook up the gas line.”

“OH! OH!” Al said, throwing his hands in the air. He got up, came back to the motor and opened the gas line. Now the motor started. Not soon enough to suck the water out, but at least we could get to the beach under our own power.

We pulled the boats up and started unloading. The first thing the guys did was to set up two four-man tents and bring in the cots. Echo, who had been sleeping in the boat, got up, went into a tent and flopped on his cot.

This reminded Al of a story about Co-op Charlie. He was called Co-op Charlie because he worked at the Co-op store and to distinguish him from Prudential Charlie, the insurance man.

Co-op Charlie was on one of the fishing trips. He was pretty drunk when he got to the campsite, so he went in and went to sleep. He slept until early evening, when he got up, stretched, yawned, looked at the setting sun, and said “It’s gonna be a nice day today!”

Echo didn’t sleep all day. He got up mid-afternoon, grabbed a drink and sat in a lawn chair next to me. He gave me a nasty look and said something about me being the guy who was there for free. He clearly thought I was a freeloader and I thought for a minute I might have to use Carl’s advice, but Echo clearly was going to get his money’s worth in liquor, so he got back to business.

Friday night came and we had fish for supper, so someone had had good luck. I hadn’t wet a line yet. But then, neither had Al. He was busy telling stories and making up for lost time in the booze department.
Saturday and things started stirring about mid-morning. It seems they had brought a case of whiskey, a case of brandy and 4 cases of beer, and we were out of beer. The horror!

We had to get in the boats and motor over to the resort to get more beer. Al started a game of pitch penny there, which took up most of the afternoon.

Saturday evening, Hank the Barber took pity on me and brought me up the Narrows where I caught a couple of decent-sized walleyes.

Sunday morning, Al told me he and some of the guys had decided they could stay until Tuesday and asked if I wanted to. I declined, and took a ride back with Hank the Barber, who had to go back to open his shop. Echo crawled in the back seat, and slept all the way to Cloquet. He had managed somehow to stay totally blitzed.

Hank asked me if I wanted my fish and I said he could keep them. I didn’t feel like cleaning fish after such a busy weekend.