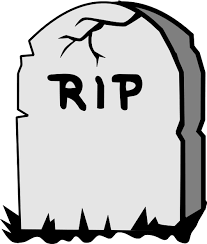 Hey! Hey! Supremes! How many men, women and kids did you kill today?

Life in a complex, advanced society can be very hazardous to your health. We generally kill more than 40,000 a year in traffic accidents, many when freedom-loving drivers and passengers fly through windshields and open doors because they are not wearing seatbelts.

Bikers die because helmets keep the wind from hair before heads meet concrete. We lose about 50,000 people a year to drug overdoses.

We even have the Sackler family who have made $13 billion in a couple of decades, killing about 500,000 people taking Oxycontin for pain, depression or flying high. Sacklers have their names on museums, art galleries and auditoriums instead of felony pictures with numbers on their chests. The Mexican Army recently seized a half-ton of fentanyl. Two milligrams can kill a human.

We have red states that approve legislation allowing drivers to run over protesters and then go to the drive-in movie.

We have such an incurable firearm plague we have had conceal-and-carry customers kill clerks and waiters for requesting masks or quick exits. So many neighborhoods have had gun battles, babies have been killed in their cribs and fathers have been blown away while eating Thanksgiving dinner at the dining table.

We even had a Subway customer who thought his $7 sandwich had too much mayo, so he killed one cook and wounded another.

How many men shoot it out over road rage?

And now we have a Republican Supreme Court that is going to add millions of names to obituaries and news stories in the name of a demented theocracy.

How many Americans will Chief Justice Roberts kill with his EPA decision?

Roberts and his five Republican justices say the Environmental Protection Agency must have the approval of lawyers, lobbyists, celebrity politicians and other miscreants in Congress for every little detail pertaining to climate change instead of having scientific experts in the field make regulations that will contain gases and materials that pollute the atmosphere. Congress can’t even name post offices without having 30-hour debates.

Medical studies have proven that constant exposure to heat and air pollutants cause a higher rate of preterm births, asthma infections, hospitalizations and emotional distress in children. Fetuses and babies are vulnerable because they develop so rapidly and lack the defense mechanisms of adults.
Children breathe more air than adults because of low body weight. Consequently, they are more exposed to pollutants because airways are more restricted.

Hundreds of studies point out that infant death, preterm birth, reduced IQ, attention problems, attention deficit hyperactivity disorder, autism, structural and functional changes in the brains of children and mental health conditions in both children and adolescents have all been linked to air pollution.

Western wildfires expose seven million children to lung-damaging smoke every year – and is bound to increase as fire seasons extend to much longer periods throughout the year.

We must remember that people who live in rich ZIP Codes live to be 95 while those in poor ZIP Codes, primarily people of color living in areas close to power plants and other polluting industries, live to be slightly more than 60.

nless we do further in-depth research, we won’t know how many people will die a day from this shocking decision – but during the years beyond the West Virginia v. EPA decision, the death total alone will be in the millions because of anti-science sources making lots of money from court and

The first sexual pervert on the Supreme Court has remained angry for more than 30 years, evidently seething inside that many people believed Anita Hill’s story about the pubic hair on the Coke can. He loved telling her about Long Dong Silver and his talents.

He remained virtually silent for two decades, never asking questions. Now he’s really angry about sex, threatening to snatch contraceptives out of the hands of willing women, and evidently believing the Vatican BS that the LBGTQ+ community is “intrinsically disordered.” Now he is putting more firearms in the pockets and on the shoulders of angry “militia” men all over the country with his New York State decision on conceal-carry.

What a contradictory mess he is, with a Trump-loving wife who is opposed to democracy.

With recent data published by the Washington Post from the Centers for Disease Control and Prevention on firearm deaths, we should come close in predicting future deaths caused by the National Rifle Association and the rest of the gun culture.

A documentary photographer wanted to understand the gun culture, so he went coast-to-coast taking pictures of guns spread on decks and lawns by willing owners. One picture was of a deck covered with hundreds of pistols, shotguns and rifles on a large deck behind an average ranch-style house. After photographs-and-talks to hundreds of the gun culture, he opined the Second Amendment was a major crisis because of dead children. Last year we shot 22 kids a day.

If we don’t consider the gun culture is another serious plague, it’s going to get a helluva lot worse. Gun deaths and mass shootings have increased by big percentages each year since 1995. In 2020 and 2021 Americans bought 43 million guns while climbing to more than 45,000 firearm deaths per year.

If we don’t treat the Second Amendment and the gun culture as a serious public health crisis and a plague to be conquered by a vaccine of some kind, it will destroy us.

Justice Thomas has made it possible to flood the country with 600 to 700 million firearms, killing 100,000 a year in a few years. Constitutions must be changed for the living, not for the dead.
What did Tom and George know about 12-gauge Street Sweepers and satellite phones?

Justice Alito pledge: Any girl or woman faces a death sentence from conception

Alito has had a reputation on the Supreme Court of loving rich people and corporations while hating workers, unions, and poor people. He was joined in his decision about Roe v. Wade by Justice Brett Kavanaugh, the second sex pervert on the Court, and Justice “hand Maiden” Amy Coney Barrett who advises a tiny Catholic cult where men rule home and the wife stays barefoot and pregnant, genuflecting when required. Remember Kavanaugh’s victim: Dr. Christine Blasey Ford?) I wonder if the three “justices” knew that the highest death rate for productive-aged women is “pregnancy-associated homicide,” meaning shot and killed by men who got them pregnant. It’s a study by Tulane University. Look it up. An example: Texan Cavanna Smith told her boyfriend she was pregnant and sent him the picture of the ultrasound. He responded by shooting her in the head.

Millions of words have already been written by informed reporters and lawyers taught in law schools to use obfuscation if you can’t use truth about a subject. If you learn your wife or girlfriend is pregnant, ask your life insurance agent to insure your two-week old unborn baby for a million dollars and see what your monthly premium would be. Jesus Christ said nothing about abortion and neither did the Founding Fathers who fathered many a baby slave sold to the cotton fields down South. Jefferson had six children by his slave Sally Hemings and Sojourner Truth had 13 slave babies sold at auction. Some plantation owners made more money impregnating slaves and selling their progeny then they made raising cotton. There’s nothing in the Constitution about abortion. Where is that word? There’s only one sentence in the Declaration of Independence that reveals the answer. It’s about whether men – or women – are equal. Women are no longer slaves – unless it’s to religious chaos dreamed up by men. If they are equal, they must have the power over their own bodies.

The big question: Will Alito kill thousands or millions?

The Top Ten Percent of American women don’t have to worry about getting abortions. They can fly to resort-abortion clinics around the world. For the Bottom Ninety Percent, however, pregnancy can be a death sentence, regardless of abortion laws.

How many girls and women will Alito, Kavanaugh and Barrett kill? Almost 90% of abortions are accomplished in the first 12 weeks, about 5% after 16 weeks, and 5% after 21 weeks. Not bad, considering in the best of situations, only 75% of pregnancies end with a live birth. Miscarriages, abortions and foetal abnormalities happen to 25%. Many “blue” babies die within hours of birth. Study ectopic pregnancies and then provide a solution for the mother. Are you going to wait to abort until the mother is dying?

Back in the 1980s-1990s the Guttmacher Institute, the Rolls-Royce of abortion stats, said we had about 1.6 million abortions a year. In 2020 and 2021 we had slightly more than 900,000 each year. Gee, Catholics, contraceptives actually work! In the 50 years of Roe v. Wade, pro-life groups bombed 42 abortion clinics, set fires to 196 clinics, and murdered 11 doctors and staff.

It will be difficult to tell how many 10-year-olds to 45 -year-olds Alito kills with his opinion. We have the long history of heterosexual sex and abortions. Neither will decline in use. An over-the-counter contraceptive pill may be approved by the FDA. It’s been used in Europe for decades. How many red states will not allow rape and incest victims to get abortions? How many mothers will die if they wait for their malformed fetus to die before it’s aborted? How many pregnant women who can’t afford an abortion will carry their baby to term? How many abortions will be by drugs or by coat hangers? How many red states will approve Medicaid to cover health care for the poor? Will Congress approve universal healthcare so we are not at the top of maternal mortality rates? Presently the richest country in the world matches the poorest country in Europe in maternal death rates per capita. Moldova, the poorest country, spends $244 per capita on health care while we spend $10,103 per capita. We both have 19 maternal deaths per 100,000 live births. It’s the worst record in Europe by far. Black women in the

Divided States of America have 55.3 maternal deaths compared to 19.1 for Whites. Analysis by America’s Health Rankings says eight of 10 blue states have the lowest maternal rates in the DSA and eight of the ten states with the highest are red states. I keep telling you: Trumplicans have a big advantage over Democrats. Like Trump, they have no empathy.