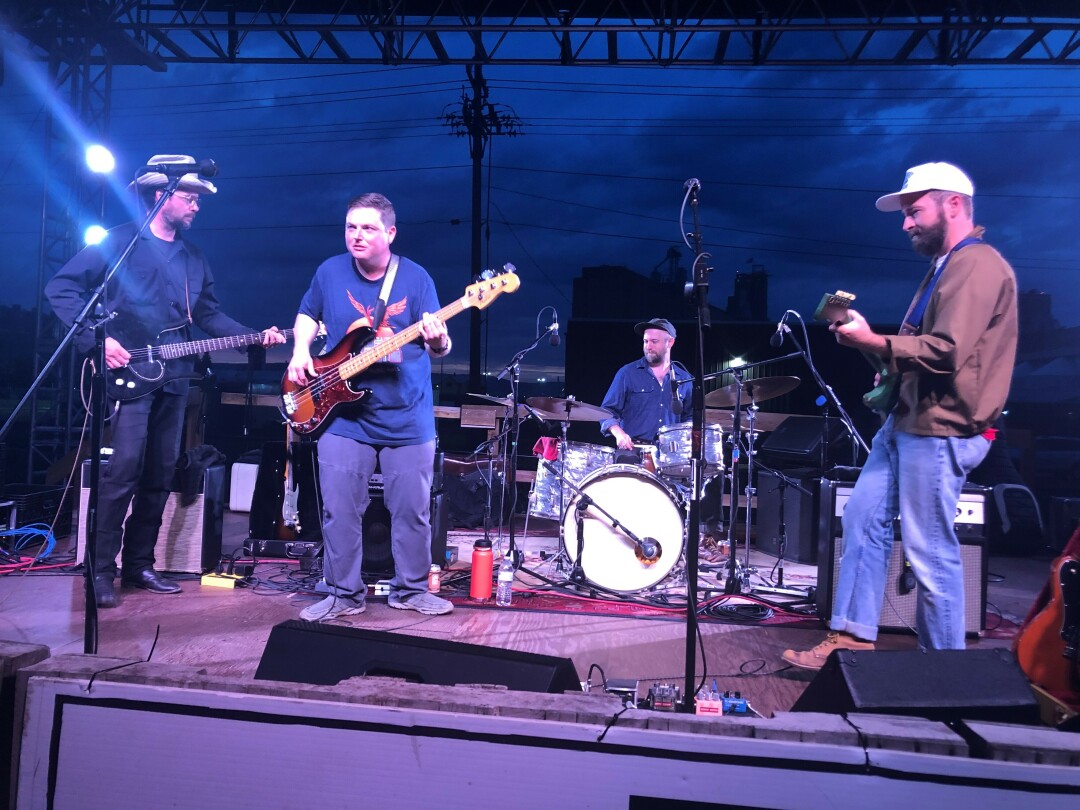 What a crazy summer weatherwise we’ve been having here in the Northland. The cold and raining Fourth of July holiday caused Fourth Fest at Bayfront to be postponed and drove folks indoors, so that’s where the music was happening that day.

I took the opportunity to hear a duo unknown to me at Ursa Minor Brewing in Lincoln Park. The Lindula Brothers, John and Brian, are of Finnish descent, so I anticipated hearing some traditional Nordic tunes. But their repertoire was slanted to the old-timey, left-leaning lyrics of early Iron Range vintage, with several Woody Guthrie numbers and pro-union songs. Too, they performed Scottish and Irish ballads, Americana and fun rowdy numbers like “In Heaven There Is No Beer” in a nod to the venue. Their original tune, “I’m Already Dancing” conveyed upbeat and heartfelt sentiments.

John played acoustic guitar, Brian a banjo. John is a Duluth resident while brother Brian resides in Grand Rapids. These two put me and my partner in mind of folk singers of the 1960s. My takeaway is I’d go hear them again.

The list I compiled of upcoming music events programmed for the next three months is so jam-packed that decisions about what to see are going to be difficult – a second shot of the Homegrown experience.
Next up, on Tuesday, July 5 (another cool and breezy day), was the second concert in the Chester Bowl series with Boss Mama (Colleen Myhre) and the Jebberhooch. The latter was comprised on that evening of Jeff Gilbertson on standup bass, Jacob Mahon on electric guitar, Owen Mahon on drums, Brian “Lefty” Johnson on congas and Cavan Denning on lap steel guitar.

Myhre had good things to say about these band members, then demonstrated it as they rip-roared through one after another of her original songs, including “Dream of Gold,” Don’t You Forget About the Lord,” and “Slip Away.” These tunes featured close harmonies no doubt born of hours of rehearsal. Myhre’s voice is distinctive, at times with a controlled tremolo reminiscent of Buffy St. Marie. For those of us who enjoy yodeling, the band’s last number left us smiling and satisfied as we departed under the foggy, drizzly skies. 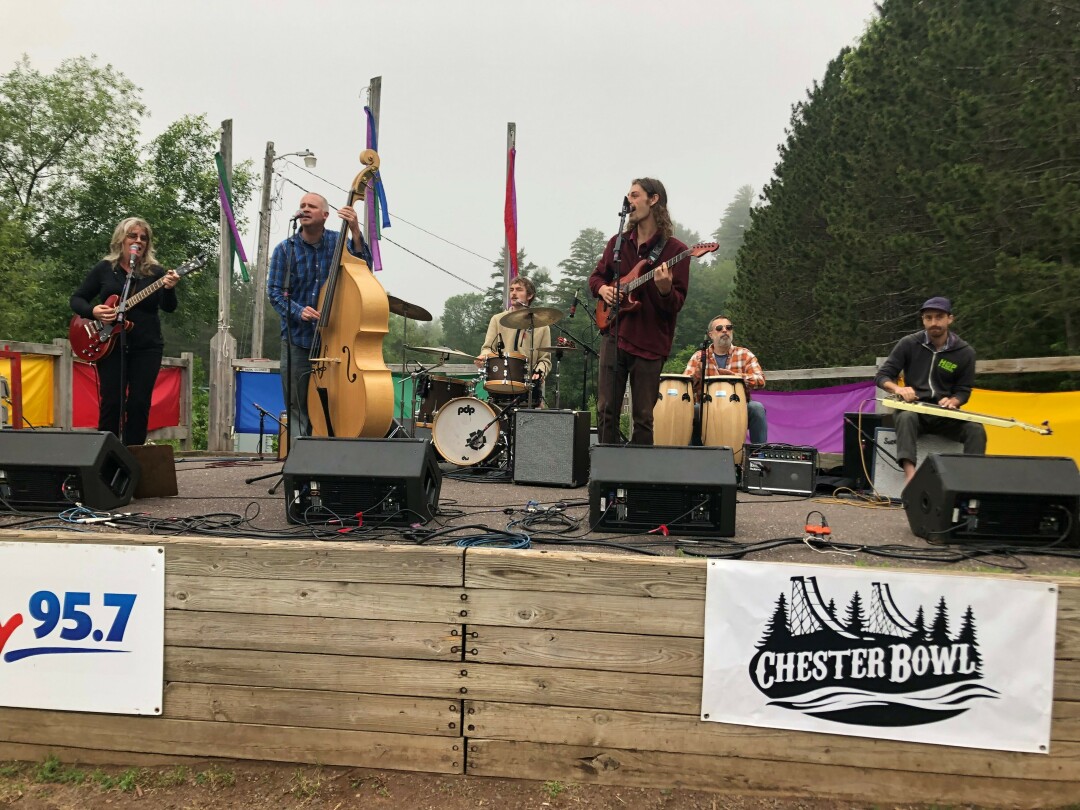 Boss Mama and the Jebberhooch

Catch this act, if you can, at Earth Rider Festival Grounds on Friday, July 22; Mike Monson, from Winona will open for them.

Thursday, July 7, Earth Rider presented Erik Koskinen, Glitteratti and Dead Man Winter at its Festival Grounds in Superior. Tickets were $25 and well worth it. Koskinen and his band came on at 6:35 pm like gangbusters. Driving country numbers evidently are his stock and trade – visual clue provided by the cowboy hat! A freight train passing close behind the stage during their set added to the country vibe.

Koskinen hails from Colorado Springs, but “has been everywhere,” to paraphrase Johnny Cash; his drummer, Richard Medek, is from Lafayette, Louisiana (he was exceptional); guitarist Paul Bergen was born in Detroit Lakes and now resides in Minneapolis; bass player Josh Gravelin is from St. Peter. Together these guys delivered a knock-out performance of both raucous and romantic songs.

The first was a family drama/saga that gave me the willies as I listened closely to the lyrics: “…grandma shot grandpa with the gun she bought him for Christmas.”

Since this was the first band up the audience was fairly sparse in the beginning. By the end, the crowd was growing and feeding on the energy emanating from the stage.

I left at the first break to grab a quick burger at nearby Anchor Bar, which was packed, and I ended up missing Glitteratti’s set. Got back in time to hear Dead Man Winter’s full performance. By then the entire festival grounds were full, with a standing crowd invading the dance area in front of the stage.

Lead singer, David Simonett was in good humor, joking that Earth Rider was the only venue this particular band has ever played, terming it a “house gig.” With his backup band (which on this occasion included Erik Koskinen) enhancing his sound, the music was good and very danceable despite the lack of space up front. Their devoted fans, likely due to Simonett’s other band, the well-known Trampled By Turtles, were feeling it, with smiles and hoots abounding.

Then at 10 pm, Boxcar revved up the energy at their free two-hour performance in the adjacent Cedar Lounge. Wow, another packed and appreciative crowd.

Blake Shippee led the group through several well-sung covers – Paul Simon’s “Diamonds On The Souls Of Her Shoes,” Dylan’s “To Be Alone With You,” etc. Lee Martin on pedal steel guitar joined the band (though not on the cramped stage) adding a pleasing dimension to its sound.

Band members Rick Bruner on drums, Jacob Mahon on keyboards, Gordon Lewis on bass and Nate Gannon with his semi-hollow electric guitar were ready to rock all night, so it was sweet that Cedar extended its hours to accommodate the ongoing musical excitement. At midnight the evening’s musical dream ended.

Fourth Fest finally took place on Friday the 8th, with several changes to the advertised musical lineup. I got there in time to hear only Boxcar (it was great to hear them so soon again, with a different pedal-steel guitar player and several other tunes). A brass ensemble from the Duluth Symphony Orchestra played patriotic tunes just before the fireworks began. Amazingly, during the 14 years I lived in Duluth, this was the first time I attended a Fourth of July celebration at Bayfront. It was a good time, and I look forward to doing it again.

Trampled By Turtles appeared on the Bayfront stage on Saturday, July 9. It was a sold-out performance, with opening acts by Emma Jeanne and The Jayhawks. Emma Jeanne’s punkish repertoire had her fans enthralled as they packed in close to the stage.

Older concert attendees sitting out on the lawn were not; it was only when The Jayhawks played the second set that they showed their appreciation with applause.

But only when TBT took the stage, with fog effects, a visually arresting backdrop and light show, did the crowd came fully alive. It was a show of the kind typically performed in large arenas.

The playlist included its signature blistering bluegrass numbers that highlighted the virtuosity of its string players (mandolin, fiddle, banjo, guitar and standup bass) as well as some slightly more contemplative tunes. The festival grounds exploded with loud appreciation for every song.

Before the evening was over, I heard a couple numbers by Matt Sayles and the Driftless Revelers at Sir Ben’s, a band I’ve enjoyed on a couple of previous occasions. Based in Eau Claire, Wis., it visits the Twin Ports regularly so I’m sure I will write more about them in future issues of the Reader.

A release party for Born Too Late’s first CD, Rebel Child, at Cedar Lounge on Sunday, July 11, wrapped up a week of non-stop musical excitement, bringing with it the recognition that any and every season here can give us plenty of Homegrown music.

With numerous visiting performers adding spice to the mix of our many excellent local musicians, we are in for a wonderful summer of sounds ahead. 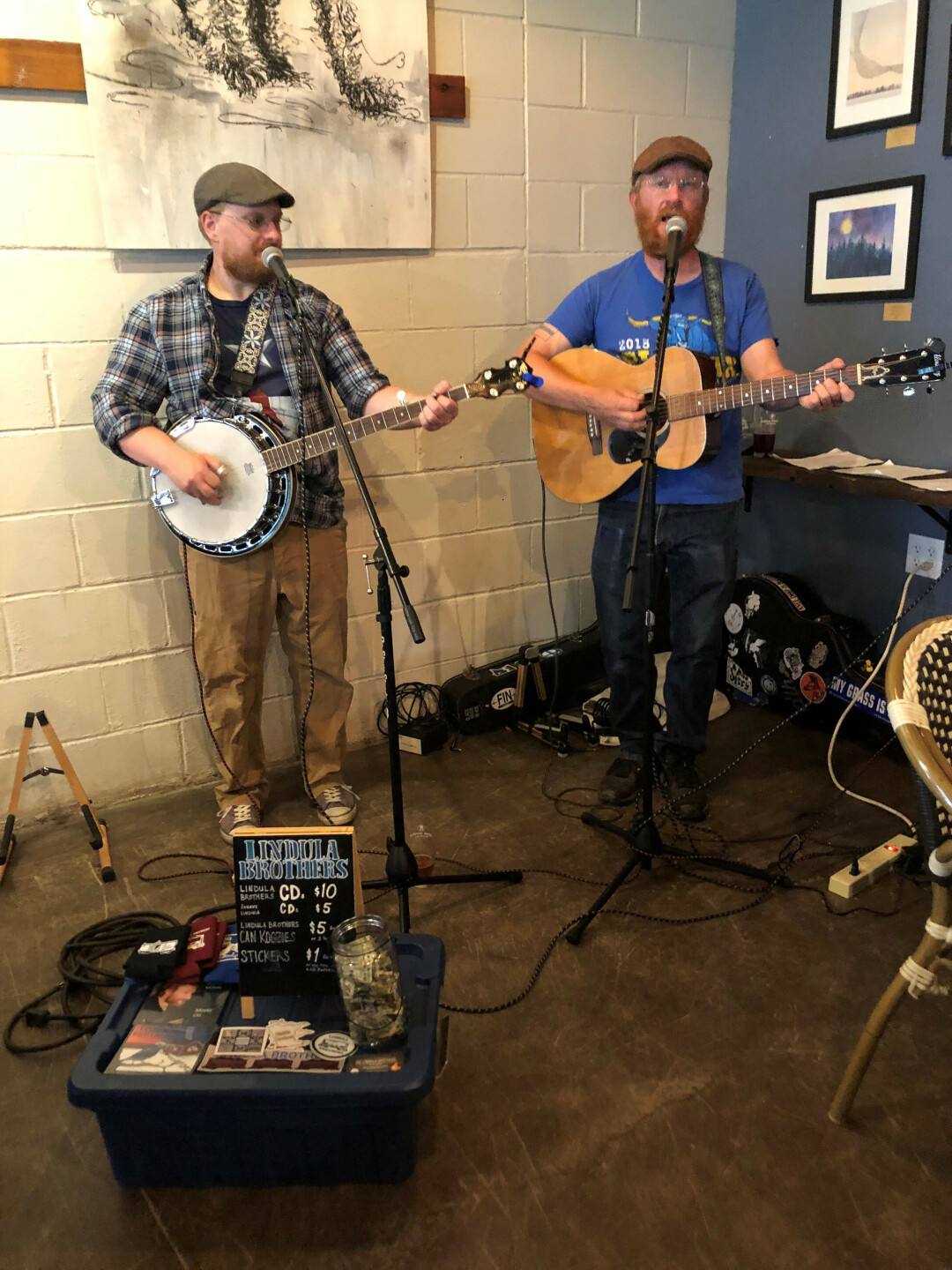