International intrigue and the draft 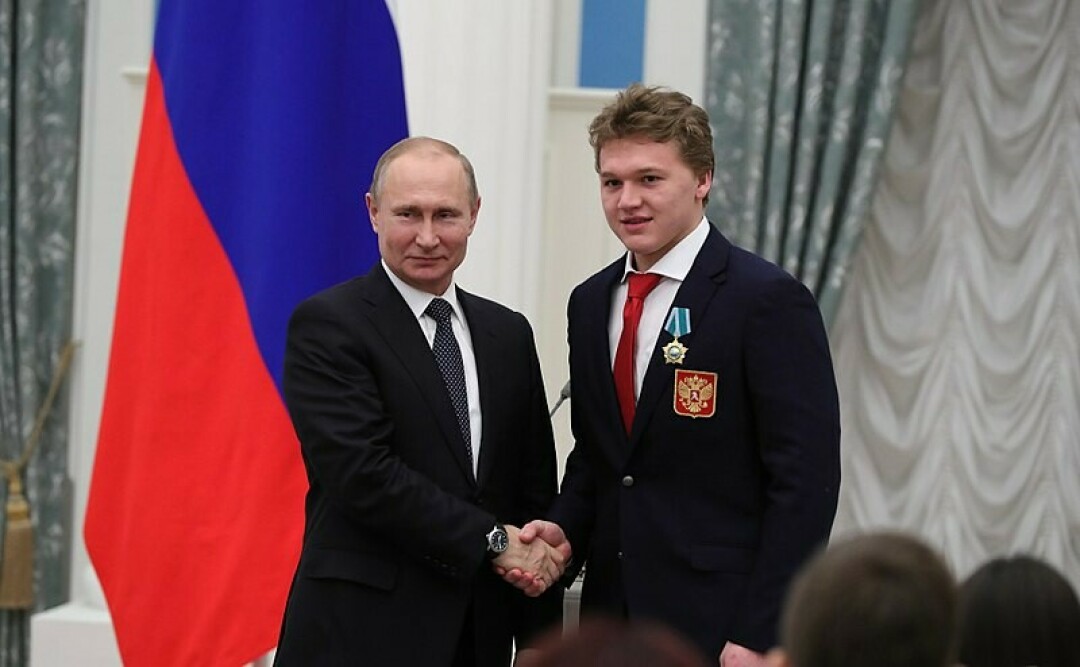 LARSMONT – The NHL Entry Draft has come and gone, and this week will see the beginning of the Free Agency signing period in the league. While there are some things to report on there, they seem to pale in comparison to what GM Bill Guerin and the WILD have been dealing with this week.

The club now has a player caught in the crossfire of the Russian-Ukrainian-United States quagmire. Or do they? At the start of this international incident, it was hard to obtain any clarity about it from any available news, whether from domestic or foreign sources.

I’ll take a shot at some reconstruction. To begin with, after the WILD was eliminated from the Stanley Cup tournament, on player locker cleanout day, Guerin told star player Kirill Kaprizov that considering what was going on with the conflict near his home country of Russia and its involvement in it, he might be better off to stay in the States this offseason to ensure he would be here and available for the 2022-23 season. Kaprizov went home anyway.

Then news broke that Kaprizov bought a fake Russian military ID in 2017 while playing in the KHL and was a wanted man there. Russian males of a certain age are “conscripted” to serve one year in the military. But Kaprizov’s father, Oleg, has said his son had a “student” deferment. That makes it seem strange Kaprizov would have bought a fake id. I guess, that student deferment is said to have expired.

Then there was the speculation about whether Russian President Putin would allow any of his coveted hockey players to return to North America after spending the off-season back home. That doesn’t seem to be a factor right now; you’ll see why in a little bit.

Kaprizov’s “work visa” to live and play in the U.S. has also expired, as did many other Russian players. Many played last season without renewed visas because of the multiple closures of U.S. consulates (pandemic related) where you have to appear to file for one. So KK#97 has neither the deferment nor work visa.

The question begs to be asked as to how diligently the player and club pursued this to maintain his ability to live and work here. You would believe the club would leave nothing to chance.

Then the story gets even more complex. Sometime within the last two weeks, Kaprizov tried to come back to the States. He was able to exit Russia and was traveling here via Dubai. At that leg of the trip, he was advised the U.S. would not let him back in. Insert grunting, quizzical Tim Allen sound effect noise, right HERE.

He ended up traveling back to Russia. Shortly thereafter, Kaprizov made a second attempt at gaining entry into the U.S. He made it as far as an unidentified Caribbean country, where he was rebuffed again by the U.S. and returned to Russia. As of this writing, the matter is at a standstill, and neither the league nor the team is offering any new information.

Crikey! Who in the H-E-double hockey sticks is at fault here? Neither my life or pursuit of happiness is at stake, but how in the heck did this end up happening? From top to bottom, these teams are usually all details all the time. It is apparent that Kaprizov was able to exit his country, twice at that. The primary trouble at this point seems to be in Kirill getting back into the U.S.

If I am assigning fault here, the U.S. should take some of it due to the closure of its consulates.

How is the player supposed to get his visa renewed under these circumstances? And if he can’t, because of them, why aren’t they allowing him back in to do so? As for the club or player, I do not know what sort of effort they made to get this remedied before Kaprizov returned home for the summer. At this time, all U.S. Consulates in Russia are on suspended status and are not processing any type of documentation. Where to from here?

It appears we have some gamesmanship at hand here and that the league is caught in-between and has gone into semi-gag order status, not wanting to be an irritant to either side. What will happen? It looks like Putin is saying, go ahead and return to your jobs for the next season. And it seems like the U.S. is saying, out of our way, we have a new cold war to attend to, and nothing, especially hockey, will stand in our way of being bothersome to Vlad.

Kirill is a national hero in Russia. He has been since scoring the GWG for the Gold Medal in the 2018 Winter Games. It is said the reason he stayed in Russia so long and didn’t sign with the WILD was that they kept asking him to stay (in the KHL). So he did. And now he wishes to do what he wants. And that is to play in the NHL and earn a boatload of money. I truly hope he will be back. Safe and sound at that. He is a unique young man and player. Here’s to hope.

THE NHL ENTRY DRAFT took place last week, and by all accounts the WILD did well overall. On the downside, they drafted no one who could come in next season and make the team. On the upside, a few analysts thought the club did great at the table, especially with their five picks out of the first 89. Here are their selections:

One media person described Yurov as perhaps being the most talented player at the draft. Ohgren is described as having a wicked shot.

The WILD was ranked as having the 4th best Day One at the event. The team was ranked as “OT winners” on Day Two by one publication. They felt that Lorenz projects as a “middle six” winger. They felt Haight, Milne and Petrovsky could be good pros while not as high on Spacek or Healey. Time will tell, friends. PEACE