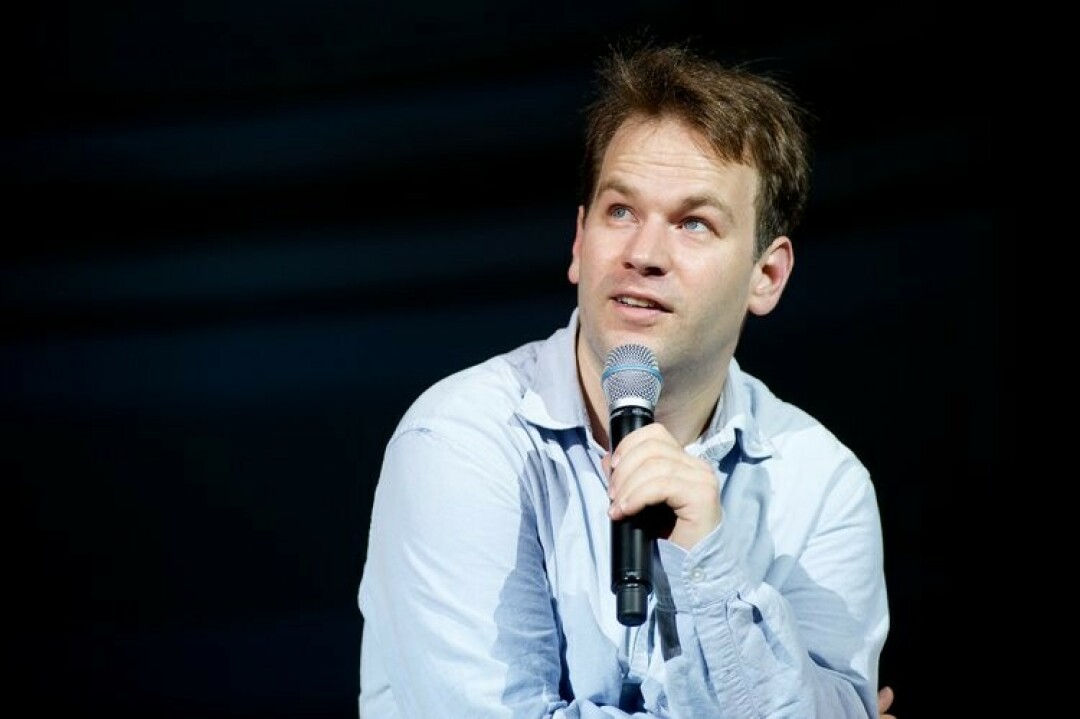 After I apparently ran Thrift Books out of comic fantasies, I started reading books by and about celebrities. The first book was a biography of Mel Brooks called Funny Man by Patrick McGilligan. I have admired Mel Brooks films – actually, I think Young Frankenstein is an almost perfect comic film. It was filmed in black and white, which suited the subject matter. Blazing Saddles was good for the most part, except for the absurdist ending. High Anxiety, his tribute to Hitchcock, is my second favorite. Particularly funny to me was the shower scene take-off of Psycho where the bellhop stabs him with the newspaper.

Aside from his films, I knew practically nothing of his personal life. I knew he was married to Anne Bancroft, and she seemed to love him. She was quoted as saying that when she heard him at the door, she knew the party was just getting started.

McGilligan takes a deep dive into Brook’s early life, and it is none too flattering. Mel’s first wife did not have an easy go of it. Mel apparently always wanted to see the three children she had by him – he just didn’t want to pay for them. He was making pretty good money, but it was HIS money, and she had to beg for any she got. He also wandered the streets at night, knocking on women’s doors asking to use their bathrooms and apparently hoping to get lucky.

Bancroft was a different situation. She had her own money, and at first she probably had more than he did. Since she didn’t need his money, Mel could afford to be jolly.

I always thought Tina Fey was cool, calm and collected. Her book Bossypants shows that she is more of a hot mess. She seems to suffer from low self esteem, and never thought she was good enough. She admires her father, who is a person I’m sure I would hate. He is racist and a Trumpster and the last thing I would expect her to admire. I thought she must have asked Alec Baldwin to be in her show 30 Rock, but she had Lorne Michaels do it for her. Lorne seems to take care of all her problems.

I have always thought Sarah Silverman was an attractive woman. She doesn’t seem to think she is. In her book Bedwetter, a psychologist might find the reason she might think that. Young girls enjoy having sleepovers, but in her case, her bedwetting continued into her early teens, and her mother had to warn her girlfriend’s mothers that they would have to get her up at night to get her to the bathroom, or they would be changing the sheets the next morning. Very embarrassing for a young girl, I’m sure.

Her father was the opposite of Tina Fey’s father. Remember George Carlin’s seven words you can’t say on TV? Sarah’s father taught her those words and more when she was three, and she would happily say them at every opportunity. Some would laugh to hear her say those things, which may have been why she became a comedienne.

In I Drink for a Reason, David Cross talks about being an atheist Jew. He seems to be angry about that. He is also angry about people who complain about him disparaging the Mormons. I remember The Show, which featured him and Bob Odenkirk. I thought he was funny in that, but I found little to laugh about in his book. I know the South Park guys made fun of Mormon beliefs in their Broadway show without generating much outrage.

The main difference between Mormonism and Judaism is that the Mormon “prophet” Joseph Smith was from the 19th century, and so had some history concerning his life. Judaism’s “prophet” was Abraham, who lived about 3,000 years ago, so we only have his word to go by. The messages from both men are equally dubious. Pointing out the beliefs are one thing, but making fun of the people whose beliefs they are is quite another.

The first time I saw Alan Cummings, I thought he was a stand-up comedian. He was hilarious. It was only later I learned he was an award-winning Shakespearian and Broadway actor. He was the lead actor in Cabaret on Broadway, acted in Hamlet and MacBeth, and appeared in several TV shows, including The Good Wife, a show I missed. I also saw him in Tin Man and X-men films. In addition to his acting skills, he has a beautiful singing voice.

In his book Not my Father’s Son he talks about his early life. From the time he was very young, his father appeared to be mentally ill. His father was subject to bouts of uncontrollable rage, at which times he would beat Alan and his brother unmercifully, punching them with closed fist and kicking them. His brother Tom was six years older than him, and he moved out as soon as he could, leaving Alan to receive the brunt of their father’s anger.

If this had been going on now, I’m sure the boys’ teachers would have to see the bruises and referred their case to the authorities, but in those days that was unheard of. Their mother seemed unable to protect them, and she didn’t get a divorce until Alan had moved out.

After Alan became somewhat famous, his father told a reporter that Tom was his biological son, but Alan was not. He even named the man who he said had had an affair with his wife. He refused to take a DNA test, but Alan and Tom had their DNA tested, and the result was that they were full brothers. His father had made up the story.

He was sleeping in his hotel room when he dreamed he was being attacked. He got up, ran through the double windows and landed on the ground, TWO STORIES DOWN. Luckily, he landed on lawn and not concrete, but he was full of glass shards from the windows. He drove himself to the ER, where they picked out the glass and gave him 36 stitches.

His second book, The New One, is about how he and his wife became parents. Interspersed throughout the book are his wife’s poems. As befits a very sensitive girl, her poetry is mainly about little fishies, and is the kind I absolutely HATE.

I have to give her credit, though. She helps tie his boxing gloves on at night, and zips him up in his sleeping bag so he can’t get out on his own – the reasoning being that people with Mike’s sleepwalking disorder have been known to dream they are being attacked and killed their spouses while still asleep.