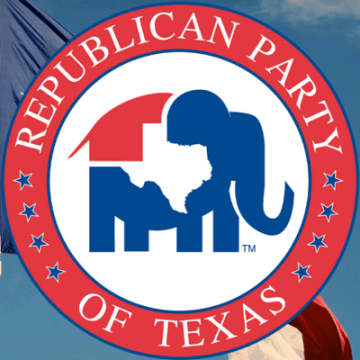 “So, if we lie to the government, it’s a felony. If they lie to us, it’s politics.” Bill Murray

Politicians have always spun the truth, but Trump set an all-time record with more than 30,000 documented lies, inaccuracies and misinformation statements. His “Big Lie” about the presidential election being “stolen” is not only false but it is tearing the country apart. Republicans all over the country continue to repeat the lie and have passed legislation restricting voting rights and threatening fair elections. They are now actively and openly seeking to change voting procedures so they can control election results in the future.

Ben Cohen, co-founder of Ben and Jerry’s Ice Cream, wonders why political leaders are not held accountable for lying to the public. They are never prosecuted and seldom voted out of office. He asks, “Why isn’t it illegal for elected officials to lie? It should be...for businesses, you get sued if you lie. There’s truth in advertising laws. You’re not allowed to say false things...why can’t that be part of the oath of office: ‘I swear I’m not gonna lie to the American people’” (Interviewed in the podcast “Episode 2: War Lies, Watchdogs, and Whistleblowers” by the Project On Government Oversight, a nonpartisan, independent government watchdog).

The “Big Lie” sparked a riot that killed six people. The Congressional Jan. 6 hearings have established there was an organized, high level effort to overthrow the presidential election results. But only the bit players, who were duped into invading the capital, are being prosecuted. The organizers and instigators at the top are not being held accountable.

Texas Republicans don’t hide their sympathies. Their 2022 party platform is quite blunt: “We reject the certified results of the 2020 Presidential Election...acting President Joseph Robinette Biden Jr. was not legitimately elected.”

The platform also asserts that federal laws Texas dislikes “should be ignored, opposed, refused and nullified” and “Texas retains the right to secede from the United States...”

When a major party in the second most populous state openly promotes insurrection (and gets away with it) our democracy in is serious trouble.

The late Texas journalist Molly Ivins once said “Texas is the laboratory of bad government.” The rest of the Texas Republican platform proves this statement in spades.

The full document is an astonishingly comprehensive, libertarian wish list of culture war extremism and anti-federal government craziness. This platform goes way beyond the usual conservative god, guns, gays, anti-women, anti-taxes, anti-government talking points. It is a manifesto for destroying all positive change achieved over the last 100 years.

Here are a few quotes from the 274 planks of the platform that show the broad scope of this destructive agenda.

• “We support prayer, the Bible and the Ten Commandments being returned to our schools, courthouses and other government buildings”
• “We oppose environmentalism that obstructs legitimate business interests and private property use, including the regulatory taking of property by governmental agencies.”
• “We oppose anti-car measures that punish those who choose to travel alone in their own personal vehicle, we oppose...mandates to force deference to pedestrian, bike and mass transit options.”
• “The educational system should focus on imparting essential academic knowledge...
• Such instruction shall focus on American exceptionalism and the benefits of the free-enterprise system and includes instruction on the consistent failures of socialism and communism.
• We support objective teaching of scientific theories, such as life origins and climate change. These shall be taught as...scientific theories subject to change as new data is produced” [Read creationism and religious claptrap will be “taught” as equally valid “science” with well documented principles of evolution and other real science]

• “Students shall pledge allegiance to the United States and Texas flags daily to instill patriotism....Schools shall have the options to display the National Motto “In God We Trust.”
• “We support abolishing...school-based mental health providers, school-based or school-connected mental health interventions...”
• “We demand the State Legislature pass a law prohibiting the teaching of sex education, sexual health or sexual choice or identity in any public school in any grade...”
• “We support the abolition of all federal welfare programs...”
• “We urge immediate repeal of all limits on campaign contributions by American citizens to the candidates or causes of their choice.”
• “We urge that the Voting Rights Act of 1965...be repealed and not reauthorized.”
• “...we support our withdrawal from the current United Nations.”
• “...we support defunding and abolishing the departments or agencies of the Internal Revenue Service (IRS); Education; Energy; Housing and Urban Development (HUD); Commerce; Health and Human Services (HHS); Labor; Interior (specifically, the Bureau of Land Management); Transportation Security Administration (TSA); Alcohol, Tobacco, Firearms and Explosives (ATF); National Labor Relations Board; Food and Drug Administration (FDA); Centers for Disease Control (CDC); Federal Deposit Insurance Corporation (FDIC); Occupational Safety and Health Administration (OSHA); and any other federal agency or department that is not authorized by the Constitution.”

This ridiculously stupid agenda is a recipe for social, political and economic disaster. Who in their right mind would want to abolish the FDIC that guarantees our bank accounts? Or the Center for Disease Control? These people are simply crazy and implementing this agenda will hurt everyone.

Why should we be concerned about all this in Minnesota and Wisconsin? Because Republicans in our states have similar reactionary views. They are just less strident and detailed in the wording of their party platforms. Wisconsin’s is mostly patriotic platitudes. But although they don’t advocate “nullification” or “seceding” (yet) the underlying objectives are similar. Republicans in our states promote the “Big Lie” and many of the same bad-for-people policies as in Texas.

The antidote for lying politicians and bad public policy is an informed and engaged electorate. Voters have to weed out the venal, incompetent, crazy ideologues and corporate lackeys at the polls. It is the only way to make democracy work and have a better society. If voters don’t defeat these extremists we will be soon be living a theocratic, 19th century robber baron, third world country.

By the way, regarding seceding Lincoln was wrong. The appropriate response to racist, misogynist, xenophobic, zealots like those in Texas should be, “Bye, don’t let the door hit you in the ass on your way out.”