The noirish end of a gay marriage 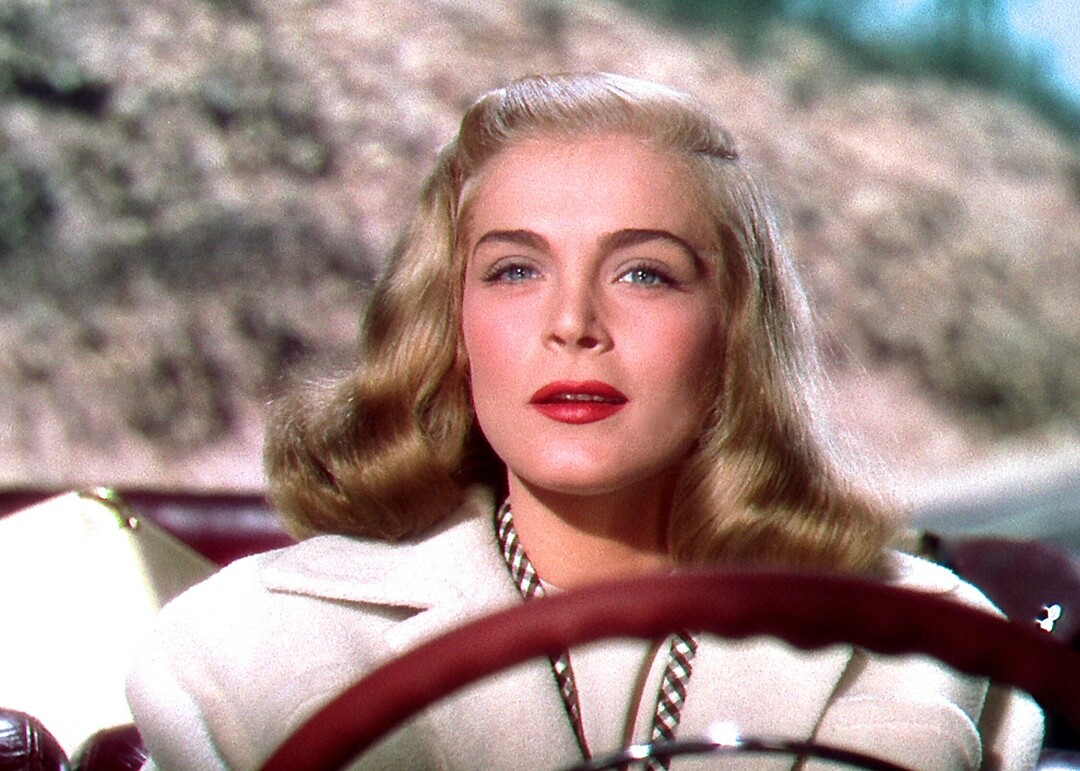 Back in the 1990s, before streaming made the life of a movie fan much easier, I kept a rather long list of film noir that I had never seen, ticking each off after I watched them, back then, usually either on Turner Classic Movie channel or by finding a video/DVD.

Once I’d finished the list, I felt kind of empty, but continued to eagerly seek out hidden gems I had missed, and there were plenty.

Recently the Criterion Channel made me really happy with their latest collection – Noir in Color. Of the 15 films in the collection, five of them I had not only never seen but never heard of, which surprised me because several feature actors well known in genre.

I began with the 1947 Desert Fury starring 26-year-old film noir queen Lizabeth Scott as Paula Haller, a spoiled 19-year-old college dropout, daughter of Fritzi Haller, a tough female casino owner in Chuckawalla, Nev., played by a very mannish Mary Astor, who seems to be sporting the faint hint of a moustache.

But those two characters are not what made me pause the movie not far in and Google “gay subtext in Desert Fury.”

One of the first things that popped up was this quote from Eddie Muller, host of Noir Alley on TCM and author of Dark City: The Lost World of Film Noir: “Desert Fury is the gayest movie ever produced in Hollywood’s golden era. The film is saturated – with incredibly lush color, fast and furious dialogue dripping with innuendo, double entendres, dark secrets, outraged face-slappings, overwrought Miklos Rosza violins. How has this film escaped revival or cult status? It’s Hollywood at its most gloriously berserk.”

What drove me to Google was the relationship between two male characters – one is supposed to be a big-time Vegas gambler Eddie Bendix (John Hodiak) and Johnny Ryan (Wendell Corey in his film debut), an angry, creepy, thin-lipped guy who drives Eddie around and seems to do not much more than get on his nerves. If you don’t think these two are lovers by the end of the movie, you have not been paying attention.

We learn that Paula Haller looks very much like Eddie’s wife, who was killed in a mysterious accident. She quickly comes between the two men, to the point where Johnny, tired of telling her to stay away from Eddie, threatens to kill her if she doesn’t leave the guy alone.

But that’s not all. I mentioned the mannishness of Mary Astor’s character. OK, no big deal. She’s got a tough job running a casino and has had to prove herself in a man’s world. But at one point she asks her daughter if she wants her to sleep with her. OK. Maybe mothers do that. Near the end, she gives her daughter a lingering kiss on the lips. OK. Maybe mothers do that.

But this is one weird movie, and it feels less like a lost film noir and more like one of Douglas Sirk’s color-saturated 1950s weepie melodramas.

Of the many books and articles I’ve read on the subject of film noir, I’ve never seen a reference to this movie.

Muller’s remark about the lush color of Desert Fury is an understatement. The colors are sometimes so vibrant it seems they could ooze out of the screen. Scott’s blonde hair looks at times like gorgeous spun gold and at others like a stiff hair helmet. She is certainly at her most beautiful here and the Technicolor loves her.

I cannot think of another movie with so much bitch-slapping – Astor slapping Scott, Hodiak repeatedly slapping Corey. There’s one scene when you expect a 1947 he man like Eddie to be so insulted by something Johnny says that he punches him square in the puss, but, no, he just delivers a series of bitch-slaps.

And then there’s the point where, trying to get to know Eddie better, Paula asks how he and Johnny met.

Eddie: “I was your age. Maybe a year older. It was in the Automat, off Times Square about 2 o’clock in the morning, on a Saturday. I was broke, he had a couple of dollars. We got to talking. He ended up paying for my ham and eggs.”

Eddie: “I went home with him that night. We were together from then on …. We’ve been together a long time. Long, long time.”

She eventually does ask Eddie, and gets a very anticlimactic answer – Johnny is the real mover and shaker behind their operation and he just lets Eddie hang on for the ride, which, of course, only furthers the idea theirs is more than a platonic relationship.

I look forward to diving deeper into this collection of colorful noirs.