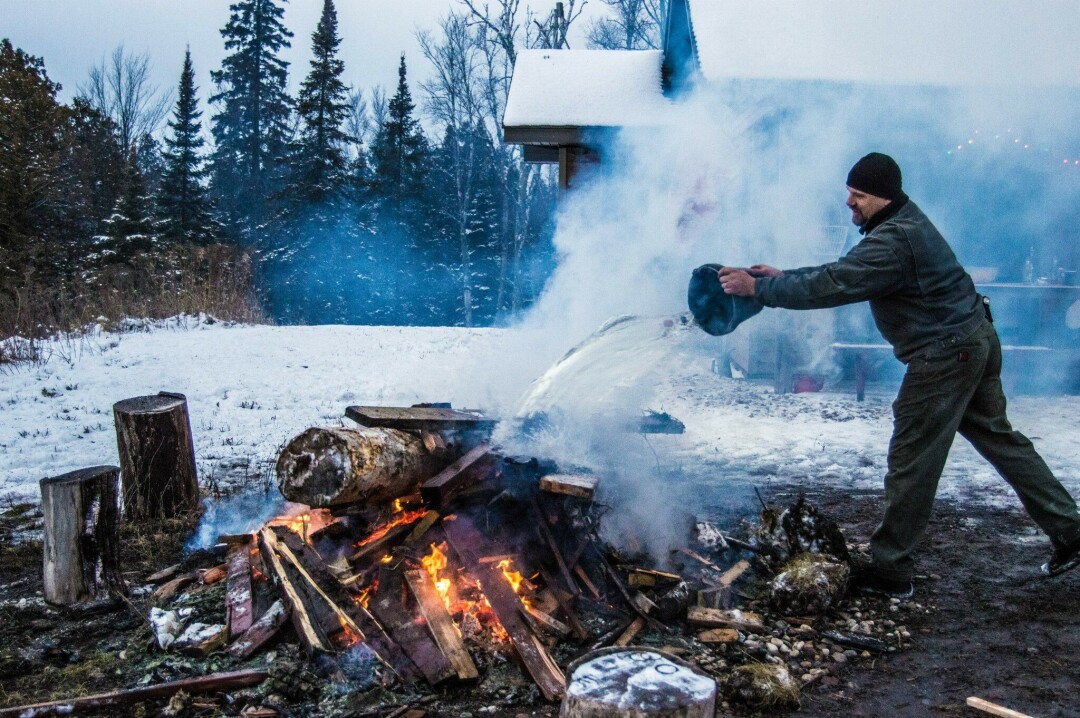 Tim Gibson of Lake Country LLC at his homestead.

We really don’t have any control about the cost of much. Whether it is a gallon of gas or housing, big forces beyond most of us 99%ers can manipulate these values like it is a video game. This is the very insecure economic system we all live in.

There is another kind of wealth. When you create something of value with your own hands, you are bypassing all these controls by the oligarchs and creating a more tangible kind of wealth. Tim Gibson owner of Lake County Services LLC still makes traditional currency but also now also focuses on building tangible wealth, in the form of improved usefulness of his good-size homestead and producing products from this land.

“So, you lower your overhead down, to where you are living below your expense level and you are building up your personal wealth,” Tim Gibson said. “While you are improving upon your property you are also providing a lot of your own food.

Tim used to have a general contracting company with several employees. He now spends a lot more time on his homestead and mostly does jobs himself. He likes this change which brought more balance to his life.

“Well I realized I was not designed for larger projects and managing larger groups of people and I wanted to be homesteading more and doing more creative stuff,” Tim said.

On his farm Tim now has a dairy cow and its calf. From the cow he gets between two and three gallons of milk a day, which they use to make cheese and other products. He preserves and stores tons of vegetables and other food products. He has thought about stocking his ponds with fish.

There is something good about storing something tangible like food and firewood. These items are extra real because they can’t magically disappear from your cellar the way an energy company can magically and unexpectedly make your bank account disappear.

Even when Tim is making traditional U.S. tender, he is creating something tangible by improving people’s houses, improving their lawns and (really important around here) improves roads with his commercial snow removal service.

Being a thinking man, during times of snow removal he hit that feeling of being connected to those adding value to the community.

“The cool part of snow plowing in the worst kind of weather is there is no traffic and you are out with all the municipal people and the essential services,” Tim said. “It is like you give each other the nod and everyone is just out there keeping businesses open and keeping people safe and providing services. “

No longer managing a large company, he is much closer to the tangible results of his trade. The bigger his company was before, he had to spend time driving all day and even had to do some dreaded paperwork.

“I don’t like the office structure,” Tim said. “I don’t like being indoors for long periods of time.
Taking less work, or at least work with less moving parts, has allowed him to be closer to what really matters to him—His family and homestead.

“I just like the idea that I have a little more flexibility to take time off to work on my homestead and do things around my hobby farm.”

Also, having a former contractor do the work, means a very experienced person with a wide-range of knowledge will be solving problems on your property with his own hands. This former long life as a contractor also meant he already had more of the heavy equipment needed for this Adam to transform his little piece of Eden. He is a believing man who can see the path that brought him where he is.

“Being humble and accepting corrections and consequences and growing out of your mistakes and finding your skills and your passions and your mission is pretty satisfying,” Tim said.