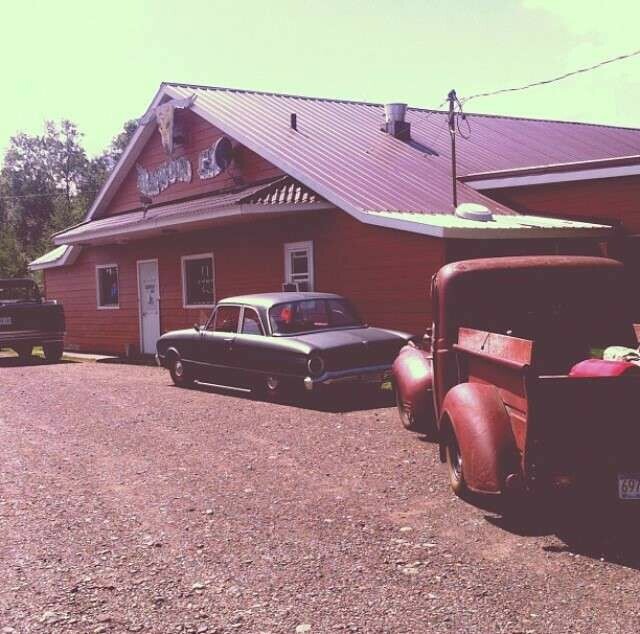 I love homemade French fries. The first time I had them was at the old streetcar diner in Cromwell. I didn’t know what they were, but I loved them.

If I had been old enough to drive, I would have gone there every day. I never got to go there again, and they were closed by the time I was driving.

There are a few places I have found that still serve homemade fries. Trapper Pete’s I guess has them. I know their steak fries were homemade, but the regular French fries I got in a takeout were the same as I get at the fast food places. I don’t get there very often, but one of the Yelp reviews said they had homemade fries, so maybe they do both.

The places I know have homemade fries are the Elmwood Inn, Big Daddy’s on upper Piedmont Avenue and Heather’s Cafe on Cloquet Avenue.

Elmwood doesn’t open until 3 p.m. (noon on  weekends) and are closed on Mondays. My son likes Big Daddy’s because they make these huge malts with whipped cream and a cherry on top. He can eat one of those plus a full meal. I know from experience that I have to eat either one or the other but I can’t handle both.

Bridgeman’s at the mall has those big malts, too. Their food has improved a lot since I first went there. I like Heather’s. Good food. Good service, and it’s convenient.

I got to wondering when that location first became a restaurant. I know it wasn’t there when I was a teenager. There were three restaurants on Cloquet Avenue then. The Coney Island where the high school crowd went, Bern’s Lunch for the older people, and the Solem Cafe at the hotel which I suspect was used by the residents there, plus passersby that were out shopping.

The first cafe I remember at Heather’s location was called the Blue and White. It would later be Jim’s Hamburgers and Kaare’s Cafe.

The last was from Kaare Skaarness, a Norwegian immigrant who was married to my aunt Gladys. Actually it was Gladys and her twin sister Beatrice who ran the place. I can’t remember any other names except it was Culvers before it was Heather’s.

Two restaurants that have closed were Applebee’s and Avenue C. There wasn’t much on the Applebee’s menu that I liked, and the Avenue C restaurant spent a lot of money on the building and their menu showed it. They had a large selection of beers, and they weren’t open for very long. We only got there once before they closed.

I went to the old Pedro’s on 10th Street many times, and was never disappointed. I confess I haven’t been to the new location yet, but I’m sure they’re just as busy there as they were at the old location. It’s the only local place that I ever had to wait for a table. We didn’t have to wait long. Things move fast there.

TBones is good, but their hours depend on when the cook gets in.

I like an occasional meal at Kentucky Fried, but the one KFC left in West Duluth is pretty erratic in when and on what terms they are open. It all started with the pandemic, of course, but it has continued, I think, because they have difficulty in finding workers.

The Gopher used to be a pretty nice Italian restaurant, which has declined a lot since the 1960s. They still are mostly Italian.

The owners of the Brickyard in Wrenshall retired, and as far as I know, they haven’t reopened. The Brickyard was a source of pride when it opened, I remember. Hughy Line, who was a Wrenshall mayor at one time, was one of the original owners. I used to play golf with Hughy once in a while, and I even tried sharing a cart with him, which didn’t always work out because he kept forgetting I was riding with him and take off without me.

There is nothing on the menu for the senior appetite. They do offer a smaller-sized spaghetti and meatballs, but that isn’t too small either. Their burgers are also half-pounders. I don’t like having to order food when I know I will have to leave half of it or get a takeout carton, which usually ends up going to the dogs.

Before the pandemic, I used to like the buffets at Sammy’s. As far as I know, they don’t have the buffet any more. We went to the Sammy’s in West Duluth, which did have a buffet, although it was not nearly as conveniently set up or as good as the one in Cloquet.

Two Cloquet restaurants that have changed a great deal are the Family Tradition and Carmen’s. Family Tradition started as an A&W root beer stand, complete with carhops. Long before it was Carmen’s, it was the Limber Inn, and was a beer joint and grocery store. Chartiers also had a little corner grocery on Spring Lake Road and West Carlton.

I have talked about Carmen’s prime rib sandwich before; they also have a lot of good menu items and specials.

Family Tradition has a great Breakfast Special, which is too much for my appetite now. I used to order my eggs scrambled, and I swore they must have used ostrich eggs by the size of the portion.

When I was traveling the country to analytical instrumentation schools, the Perkin Elmer plant in Connecticut had the best cafeteria. I would always get a big portion of roast beef hash with a fried egg on top for my breakfast.

In Philadelphia, at Sadtler Labs, for one class a severe-looking woman would lead us to an old restaurant in Center City for lunch. It was an elegant place smelling of old wood and leather. I would usually have their London Broil.

In a different class, we went to lunch on our own, but the instructor said he had found the best restaurant in Phillie’s Chinatown, so we all went there for dinner one night. We all ordered something different, and then took a taste of every dish.

I think it was there that I discovered I had no taste for Chinese food. After dinner, a couple guys went to see "Debbie Does Dallas" while the rest of us took the tour, guided by the instructor, who had obviously spent a lot of time there. That knowledge came in handy when I was on the paper committee for the American Society for Testing Materials (ASTM,) which met in Philadelphia once a month.