Horror in the bottle 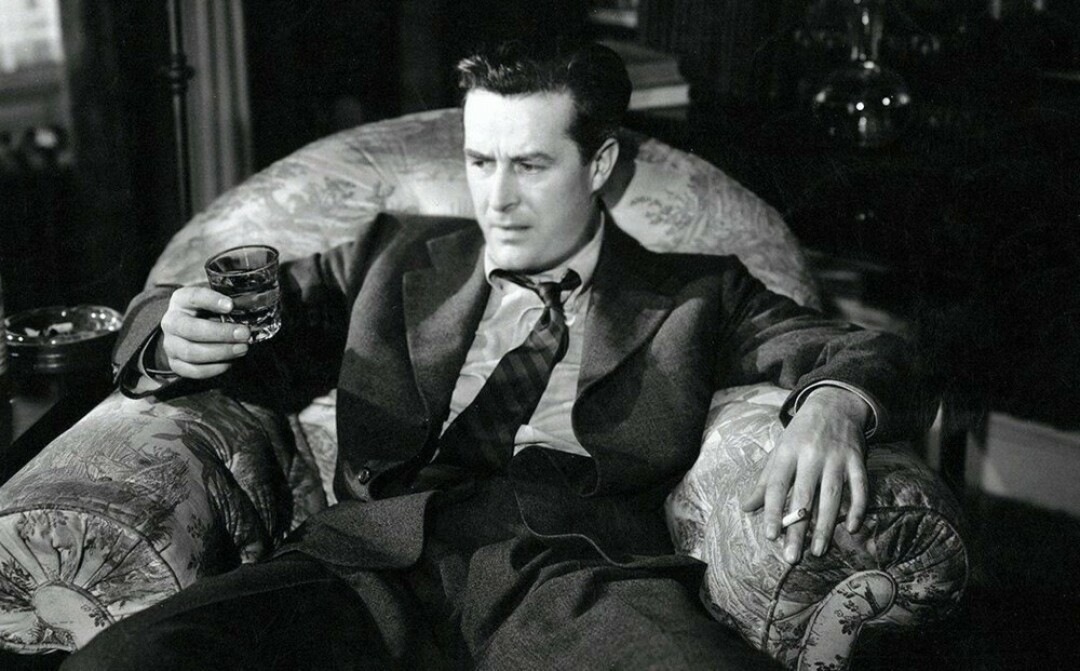 The Criterion Channel recently came up with a collection of Billy Wilder’s movies from the 1940s, which allowed me the opportunity to once again see his 1945 movie The Lost Weekend, about a drunken writer on a weekend bender.

This movie came immediately after Wilder had worked with a drunken writer, Raymond Chandler, for the script of Wilder’s 1944 noir masterpiece Double Indemnity.

For this film, Wilder also brought along his Double Indemnity cinematographer John L. Seitz, who also shot Wilder’s 1950 masterpiece Sunset Boulevard and Wilder’s 1943 spy/warfilm, Five Graves to Cairo (Seitz was nominated for Oscars for all of his films with Wilder, and received seven nominations during his career, but never won a statute.)

So while The Lost Weekend is not technically a noir, it looks like one thanks to Seitz’s work (Seitz was also an inventor with 18 patents to his name; he was the inventor of the matte shot).

Miklos Rosza composed the soundtrack, and is credited with one of the earliest uses of electronic music in a movie, particularly the theremin, which was used to portray the main character losing his slim grip on reality.

Ray Milland portrays writer Don Birnam, who had early success that quickly faded and sent him to the bottle. He perfectly understands his situation and even explains it at one point in a long monologue:

“A writer. Silly, isn’t it? You know, in college, I passed for a genius. They couldn’t get out the college magazine without one of my stories. Boy, was I hot! Hemingway stuff. I reached my peak when I was 19. Sold a piece to The Atlantic Monthly, reprinted in the Reader’s Digest. Who wants to stay in college when he’s Hemingway? My mother bought me a brand-new typewriter. And I moved right in on New York. Well, the first thing I wrote, that didn’t quite come off. And the second, I dropped. The public wasn’t ready for that one. I started a third and a fourth. Only by then, somebody began to look over my shoulder and whisper in a thin, clear voice like the E string on a violin. ‘Don Birnam,’ he’d whisper, ‘It’s not good enough, not that way. How about a couple of drinks just to set it on its feet, huh?’ So I had a couple. Oh, what a great idea that was! That made all the difference. Suddenly, I could see the whole thing. The tragic sweep of the great novel beautifully proportioned. But before I could really grab it and throw it down on paper, the drinks would wear off and everything would be gone like a mirage. Then there was despair, and I’d drink to counter-balance despair. And then one to counter-balance the counter-balance. And I’d sit in front of that typewriter trying to squeeze out one page that was half-way decent. And that guy would pop up again... The other Don Birnam. There are two of us, you know. Don the Drunk and Don the Writer.”

The premise is that Don lives with his brother, Wick (Phillip Terry, aka Mr. Joan Crawford No. 3) who so far has supported him. He’s trying to get Don away from the city for the weekend

When we first meet Don, he’s packing for the getaway and hasn’t “touched the stuff for 10 days now.” He plans to finally “get started on that novel.”

He sends his brother on a wild goose chase into another room for his typewriter so he can grab a bottle hidden on a string outside his window, but he doesn’t have the time before his brother returns without the typewriter, which has been under Don’s bed the whole time. It’s just the first of increasingly devious moves he makes to keep the drink flowing.

Then Don’s girlfriend Helen (Jane Wyman) shows up with some gifts for the getaway: “The new Thurber with comical jokes and pictures, a nice quiet little double-murder by Agatha Christie, cigarettes, chewing gum.”

She also tells Don she is on her way to a classical concert at Carnegie Hall. Don easily (too easily, I thought) convinces Wick to accompany Helen to the concert so he can finish packing, and they can take a later train. Thus begins the lost weekend as Don goes in search of drink and more drink. He’s still at the bar –with telltale wet rings from the dozen or so shots he’s had – when Wick and Helen return from the concert. Don is missing, so Wick leaves without him.

The remainder of the film is Don’s pathetic pursuit of more liquor, beginning with stealing the $10 bill that was supposed to go to the cleaning lady, He then goes on to attempting – and failing – to steal a woman’s purse in a bar, begging friendly bartender Nat (Howard da Silva) for a drink, deciding to pawn his typewriter, only to find all the pawn shops in the city are closed for Yom Kippur.

He eventually wakes up in a detox ward, but manages to escape back to his apartment, where the DTs kick in.

Don finally steals and exchanges girlfriend Helen’s leopardskin coat at a pawnshop for a pistol. Helen talks him out of suicide, bartender Nat returns the typewriter Don had left at the bar, and Don is suddenly clear about his future. He pours a drink and then drops a cigarette into it, saying he is going to return to writing by writing about the lost weekend.

I doubt recovery is that easy.