The chemistry of nature 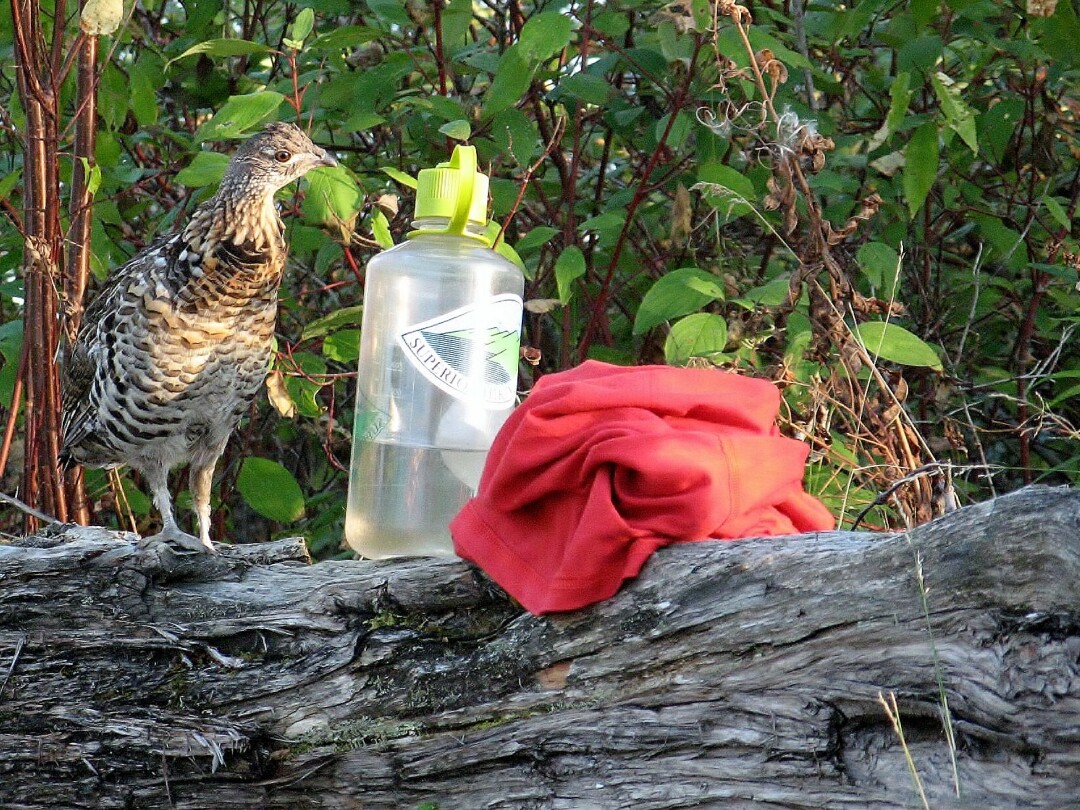 This grouse found some unusual objects on a potential drumming log in the middle of a Boundary Waters campsite. Photo by Emily Stone.

Columnist’s Note: Anne Torrey, of Gordon, Wis., participated in a Natural Connections Writing Workshop I led last fall, and is continuing to hone her craft. I hope you enjoy her unique account of witnessing a common event – the drumming of the ruffed grouse. While the first drumming reached our ears months ago, the subtle beats still echo through the woods as males assert their territories and make sure they’ve attended to all of the ladies. – Emily Stone, Naturalist/Education Director at the Cable Natural History Museum.

We were glad to be hiking in the forested hills despite the miserable weather. The air was fresh with the loamy scent of decaying leaves, and the wonders of early spring filled our senses. Tiny green buds pushed their way upward and out, while the chirping birds joyfully gathered more materials with which to fortify their nests.

The creek was rushing with water from the recently melted ice, overflow soaking beyond the marshy edges. Woodpeckers were noisily tapping away, searching for lunch.

About five miles in, we came to a large stand of mature aspens. Stopping for a moment, I was startled to hear what sounded like a helicopter, rapidly gaining speed. Suddenly it stopped.

Huh? Wait, there it was again, only this time it sounded more like an old boat motor starting up, quickly gaining RPMs. Put…put...put…put..put..put.putputput. Then it stopped.

Confused, I looked at my husband who smiled and gestured toward Tug, whose tail was sticking straight out, ears perked and staring into the woods. He lifted a paw. He was pointing!

Eli and Tug had heard this before and knew exactly what was happening. We were being treated to a performance of spring drumming of the male ruffed grouse. A grouse makes this motor-like sound by standing on a drumming log about a foot from the ground. He stretches himself tall, and begins beating his wings against the air, ever more quickly, creating a vacuum, much like lightning creates thunder.

“Tuggy SIT!” Eli said quietly. “Good boy!” As we searched the woods for the source of the drumming, we noticed movement straight out to the left of our position.

Grouse are difficult to spot due to their brown speckled feathering. Unlike many species, the male ruffed grouse cannot use showy good looks to attract a mate; instead he relies upon this fantastic musical show.

As we watched and listened to his amazing display, we kept our eyes peeled for any interested females.

Typically, a male (sometimes called a Thunder Chicken) keeps his six-to-ten acres to himself and stays put for life. One or two females may also live in his territory, but they do not constitute a partnership.
Once mated, he returns to his bachelor pad and the female moves as far as a half-mile away. She makes her nest in the leaves at the base of a tree stump or clump of brush.

During a two-week period, the single mom will lay a clutch of 8-14 buff-colored eggs. She waits to begin incubating until she has laid the last egg, so that all of them will hatch at about the same time, in less than a month.

Once the thumb-sized chicks have dried off, they are ready to leave the nest and begin foraging for protein sources like insects and tiny animals. As they grow, they will gradually switch to a diet of primarily fruit and green plant materials.

Due to multiple factors, only about 45% make it to fall. As adults, their numbers are further diminished by hunters, predators and their own clumsiness!

Grouse fly in startled spurts when disturbed, and occasionally meet their demise by crashing into trees – or your car – in a moment of panic.

The aspen grove is the favored home of the ruffed grouse, as it has an abundance of winter buds and then fresh leaves.

Later this spring, we will return to this spot and perhaps Tug will point out some flying “bumble grouse” chicks so we can observe the next phase in the life cycle of the ruffed grouse.

For more than 50 years, the Cable Natural History Museum has served to connect you to the Northwoods. The Museum is now open with our exciting Growing Up WILD exhibit. Follow us on Facebook, Instagram, YouTube, and cablemuseum.org to see what we are up to. 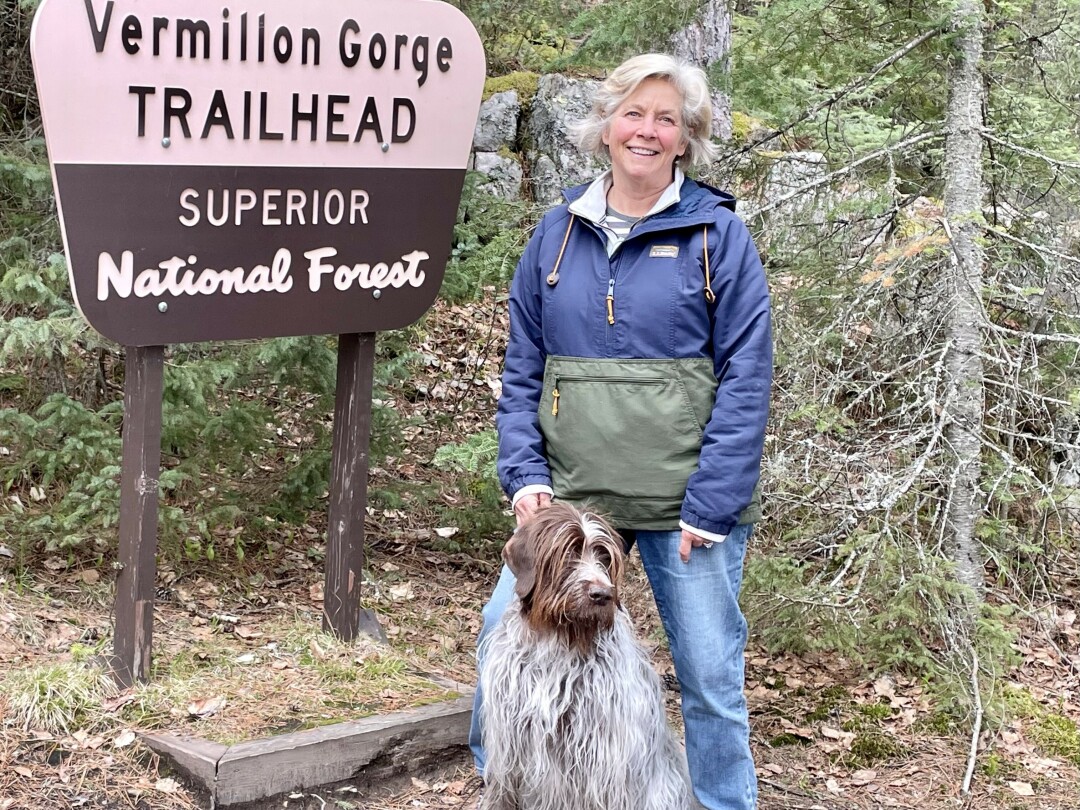 Anne and her dog Tug love to explore the spring wood. Photo by Eli Nemer.