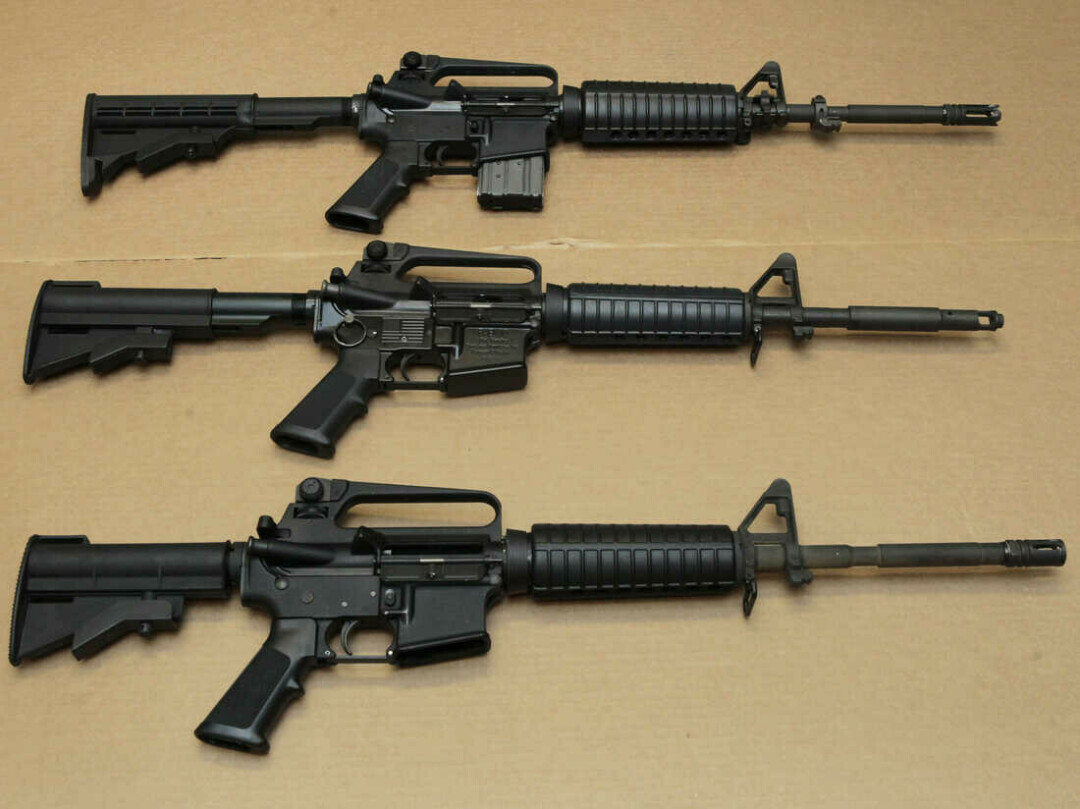 First, because of the intractability of the gun culture for 40 years, and a Supreme Court that bases its firearm opinions on the flintlock musket, I propose that public K-12 and college and university professors in the country tell Congress: pass all necessary and reasonable gun safety and control laws to eliminate the gun culture that has flooded the entire country with firearms or we will call a national strike on Sept. 1, 2022, that will last until they are passed.

The country is now committing suicide with its own gun culture.

The killing rooms at Robb Elementary in Uvalde, Texas, were saturated with gallons of blood and hundreds of pounds of shattered bones and torn flesh of two teachers and 19 fourth graders. We know it because authorities asked the parents for DNA samples so they could identify children. No doubt heads were missing. Emergency room doctors say adult bodies contain at least a gallon and a half of blood and bodies of 10-year-old children may contain as much as a gallon.

According to authorities, the killer bought two AR-15 rifles, as many as 60 magazines, and 1,657 rounds of special “expanding” and hollow-point .223 ammunition to celebrate his birthday. Those rounds are illegal on battlefields because of the Rome Statute of international treaties and Geneva Convention rules.

As a Marine Corps officer in the 1950s I was responsible for teaching the rules of warfare each year to my command, first a heavy machinegun platoon, and later a rifle company.

So far, I have been unable to learn the name or store of the federal licensee who sold him more than $6,000 worth of killer equipment. The Ar-15 (the “civilian” version of the M-16) runs up to $2,500, magazines are a cheap $8 each, and 2,000 rounds of this special ammo would run more than a dollar each in many sporting goods and firearm stores. He also wore expensive armored tactical gear. Where did this 18-year-old killer get $6,000-8,000 to buy this killer equipment?

The Los Angeles Times Editorial Board summarized where Americans stand with the gun culture: the National Rifle Association, the 702 companies that manufacture firearms and ammunition (500 manufacture the AR-15!), the 65,000 licensed federal dealers who sell death, the hundreds of private militias playing soldier or guerilla, and the present Republican Party trying to maintain White power. They have an ideology of fear and manufacture and sell millions of weapons that have killed 1,500,000 Americans, 400,000 more than the military troops we have lost in all our wars.

The editorial: “Perhaps this is how it all ends – self-government, self-defense, self-control, liberty, unity, family. Perhaps the fate of the nation is to watch its soul die along with the 19 students and two adults shot to death last week at an elementary school in Uvalde, Texas. This is us, the American people, on both sides of that gun – and countless other guns on countless playgrounds, shopping centers, streets and homes, killing our children, ourselves and each other. Killing our future.” This is a desperate plea to save the country.

At the annual meeting of the NRA held in Houston this year the gun culture covered 14 acres or 611,100 square feet of display space, with guns, ammo and other gear of use to hunters, gun collectors and insane killers.

From 2010 to 2020 the gun culture sold an average of 13 million firearms a year. In 2021 they sold 20 million. We are truly exceptional. We also import thousands of firearms a year.

The gun culture has leased anoth-er building for decades covering four acres and filled it with rented or bought employees called representatives and senators. We call it the federal capitol. The building sits on four acres and has 175,170 sq. ft. of usable space, not enough to display guns, ammo and tactical armor!

We study diseases to lower death rates. We are also in a firearm pandemic, killing thousands each year because the gun culture virus has many variants. We don’t even study shattered bodies for a solution. The gun culture more than 25 years ago passed laws to prevent research of one of our biggest public health problems.

During Memorial Day weekend this year we had 15 reported mass shootings (four or more victims each). So far in 2022 we have suffered 213 mass shootings. We have had 948 school shootings since Sandy Hook. We will surely set new annual records.

In 2021, 321 Americans were shot each day on average, with 123 fatalities. In 2022 we are shooting each other at a record pace while buying 50,000 new firearms each day.
We already have an estimated 450 million firearms for 334 million adults and babies. Americans own one-third of the firearms in the world held and fired by private hands. We also have 35% of the world market for firearms.

Our children, including older teenagers, are 57% more likely to die young from firearms compared with children and teenagers in other advanced countries. Another study showed Americans 15 to 19 are 82 times more likely to be shot dead than similarly aged teenagers in our peer countries.
By the way, in 2021 at least 380,000 firearms were reported stolen from cars, homes and stores. The police think the number is much higher.

Why advertise an AR-15 as an ‘urban super sniper’?

Before the military assault rifle ban in 1994 we had 400,000 in private hands. The ban did its job for 10 years until the George W. Bush administration refused to renew the ban in 2004.

The most reasonable estimate today states we now have 20 million AR-15 types in private hands. From the AR-15 the military’s M-16 was approved by the Pentagon for use on battlefields after tests in Vietnam. Troops were surprised the new weapon could decapitate the enemy and blast legs from bodies with one round. Muzzle velocity was the key difference.

The Sandy Hook killer fired 154 rounds, killing 26 in less than five minutes with a Bushmaster assault rifle. One first grader was hit with 11 bullets. The Uvalde killer fired 315 rounds in his 78-minute horror show.

In order to save our country from a catastrophe sponsored by the NRA gun culture, I think it’s absolutely necessary to have another Emmet Till picture display in the newspapers to shock the conscience of the Divided States of America and the world.

In 1955, Black 14-year-old Chicagoan Emmett was visiting relatives in Money, Mississippi when he allegedly whistled at Mrs. Carolyn Bryant, the 21-year-old wife of the proprietor of a grocery store. Several nights after the “incident,” her husband and his half-brother kidnapped Emmett from his great-uncle’s house, beat him to a pulp, “mutilated” (castrated) him, shot him several times, tied him to a large cement block, and dumped him in the Tallahatchie River. His body was recovered three days later.

Although he wasn’t recognizable, his mother decided to have an open casket at his Chicago funeral so the world could see what the lynching party had done to him. Most historians claim his casket pictures resulted in the passage of civil and voting rights laws in 1965.

We have reached a tipping point in our history where we desperately need some horrific pictures to eliminate the NRA gun culture. The color photos of the crime scenes and autopsies should be available so citizens see the horror created by the gun culture. Several emergency room trauma surgeons who have attempted to save heads, organs, limbs, and bones shattered by military ammunition have proposed the photos should be released for publication – or be leaked by someone who wants reasonable and necessary gun laws. This is a last chance to save democracy from the gun culture.

It will be difficult. Fifty gun-loving Republican senators representing only 130 million people, will filibuster any gun controls presented by 49 Democratic senators (remember Joe Manchin?) representing 204 million people. The Senate has done nothing.

To eliminate the gun culture Congress must pass controls

Canadian Prime Minister Justin Trudeau changed Canada’s gun laws in a New York minute last week. This is a short list of gun safety and control laws that should be passed to restore this country to a level of civilization enjoyed by other peer countries:

Ban military-style assault weapons, including shotguns such as 12-gauge Street Sweepers, and .50 caliber spotting and sniper rifles (a favorite of drug cartels). Prepare buy-back and confiscation for rifles and large-capacity magazines. Ban ghost guns. Learn from the Canadians.

Clips and magazines used in semi-automatic firearms must be limited. No ordinary citizen or hunter needs a weapon that has a clip or magazine containing more than six rounds.

Pass background checks and 15-day waiting periods covering all gun purchases – including gun shows.
Must be 21 to buy any firearm or if younger, have an honorable discharge from the military.

Ammunition for private use must be limited by type and muzzle velocities for both pistols and rifles, such ammo limits to be determined by security and hunting experts. Convince me 700 ft. per second for pistols and 1,000 ft. per second for rifles is too slow. All ammunition purchases must be limited and accounted for. Too many killers have had thousands of rounds in possession. The Las Vegas killer fired 11,000 rounds in 10 minutes

A common Red Flag law covering all states is necessary so notices can be posted on a national list.

Make all conceal and carry state laws illegal. This is not Tombstone, Dodge City, or Elk Three Miles, West Virginia. (I once had a young Marine from there in my machinegun platoon.)

Pass law stating that all National Guard units constitute the “militia,” that word in the Second Amendment.

All firearms must be secured in homes by trigger locks or prescribed firearm safes.

Establish a permanent center for firearm research similar to the CDC.

From the last paragraph of the LA Times editorial: “We are again our own enemies, but what are we killing ourselves for? We don’t even know. We just keep getting our guns, loading them and pulling the trigger. We elect political leaders who promise action, but we never hold them accountable. In any case, the killings continue.”

With the present Congress, I believe guns and killings will increase exponentially.