Horror in the skies

Michael Caine was one of many British film stars featured in Harry Saltzman’s 1969 production of The Battle of Britain.

“The Battle of France is over. The Battle of Britain is about to begin. Upon this battle depends the survival of Christian civilisation. Hitler knows that he will have to break us in this island or lose the war.” – Prime Minister Winston Churchill in a June 18, 1940, speech to the House of Commons.

What can be more horrific than this scenario?

A racist monomaniacal vegetarian homicidal maniac is chosen to lead a European country, and he drags a collection of like-minded creeps into power, one of whom is a greedy World War I flying ace who has gone to fat and convinces his fuhrer that England can be conquered through superior air power.

Nothing invented in the comic worlds so prominent on movie screens today can compare with the horror of war. Truth is the greatest horror.

So for the Memorial Day weekend, I watched Harry Saltzman’s 1969 production of The Battle of Britain. Wow! It’s an amazing piece of history, well told and with some spectacular aerial photography enhanced by a brilliant soundtrack.

Who doesn’t love a good underdog story? This is the ultimate of its kind, with the English being outnumbered by the Luftwaffe by 4 to 1 – the Germans had 2,600 plans compared to the RAF’s 640.

At one point, when top German brass is getting annoyed that England hasn’t fallen yet, Herman Goering asks one of his pilots what he needs.

“A squadron of Spitfires,” the pilot answers.

The craft’s full title was the Supermarine Spitfire Mark I, and it was one of the heroes of the Battle of Britain. It was more agile than the German Messerschmitt, and while both planes could attain speeds of 350 mph, Spitfires had a booster that could add another 30 mph for a short burst. Its eight harmonized machine guns could fire 160 rounds a second.

The movie opens with a Spitfire pilot doing a “victory roll” for a large group of civilians on the move after the Allied failure at Dunkirk in early June 1940. As a Brit tank driver rolling with the civilians says to his pal, “Who’s he trying to fool.”

If Dunkirk was disheartening to the British, things got even darker when the Nazis began the bombing campaign they hoped would crush England, starting with coastal bombings, then moving onto English airfields, and then opting for civilian targets in London and other major cities.

It’s impossible to fathom how awful it must have been to live through almost four months of those air raids – from July 10 through Oct. 31, 1940 – knowing the sole Nazi goal was to weaken the country enough to invade, as they had already done to so many countries on the continent. 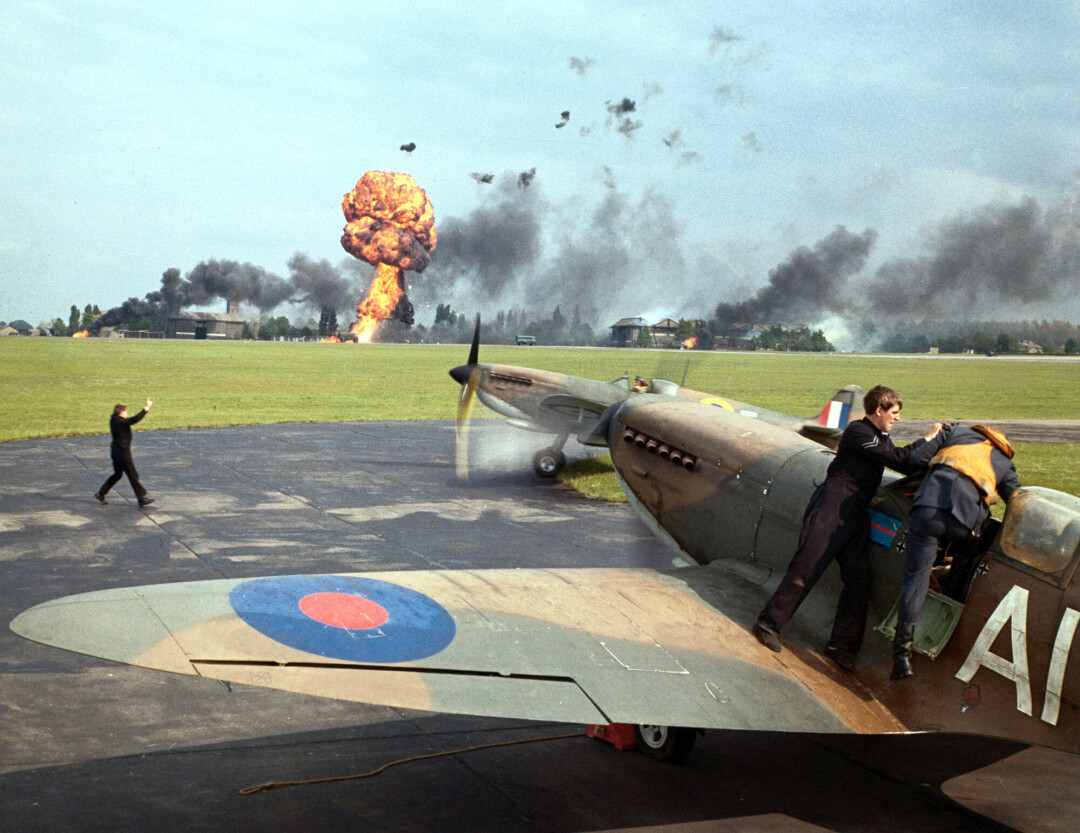 Publicity upon the film’s release in 1969 claimed that producers Harry Saltzman (he of the Bond movie franchise) and S. Benjamin Fisz had assembled enough Spitfires, Hurricanes, Heinkels and Messerschmitts – the aircraft used on the English and German sides – for the film that it qualified as the third largest air force in the world. In reality, it was something like the world’s 37th largest air force. But you get the idea they were going for authenticity.

I’ve read that a contemporary documentary was made in England about how they gathered all the historic aircraft for the movie. That would be fun to see as a sidebar to the film (I wonder if this has been released by the Criterion Collection? If so, I bet that’s where to find the documentary.)

I’ve also read complaints that the plot is weak and succumbs to cliches, such as the mournful look on a black lab’s face as owner Michael Caine takes off on a flight he doesn’t come back from.

To all that I say, Pshaw! Those are side elements to the real plot – the insatiable Nazi desire to crush its enemies, and the resolve of the English and their allies (the film makes clear that Czechs, Poles and other nationalities also fought in the air with the Brits in the Battle of Britain) to stop them, despite being outnumbered.

Regardingthe allied pilots flyingwith the RAF, the Polish No. 303 fighter squadron downed 126 German planes during the battle – more than any Allied unit – and the RAF’s top-scoring ace was Josef Frantisek, a Czech aviator who single-handedly claimed 17 aerial victories.

The aerial scenes are thrilling throughout the movie, but the optical effects when a plane is shot are not. It looks like a cartoon explosion each time. The final lengthy aerial battle is spectacularly heightened with orchestral music that fits perfectly.

More than 1,700 Luftwaffe planes were destroyed, and the 2,662 German casualties included many experienced aircrew. The Luftwaffe never fully recovered from the reverse it suffered in the Battle of Britain, and though no one knew it at the time, it was the beginning of the end of the Nazi menace. 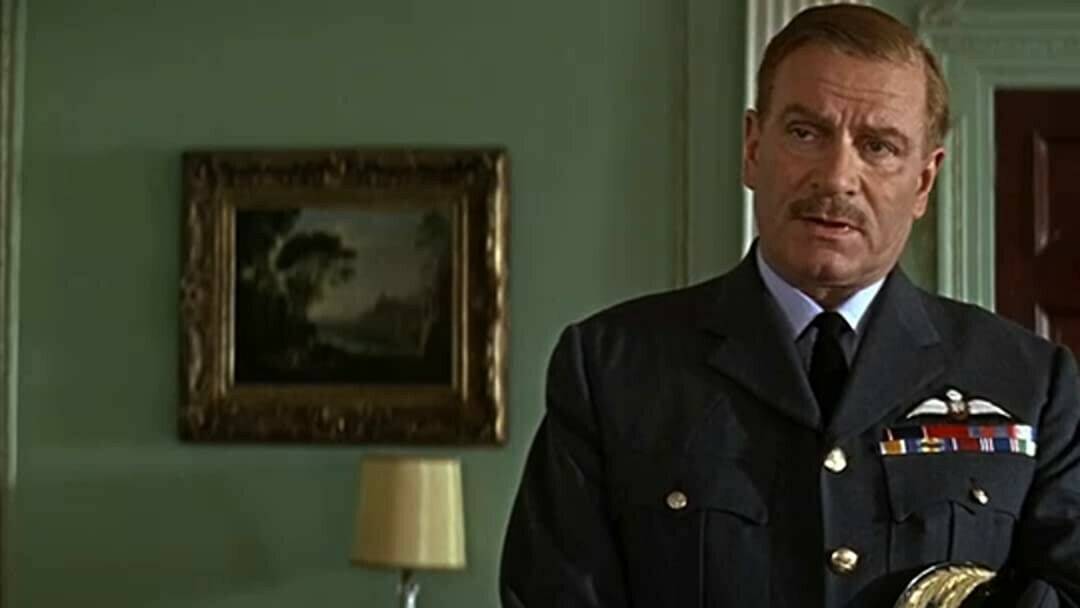