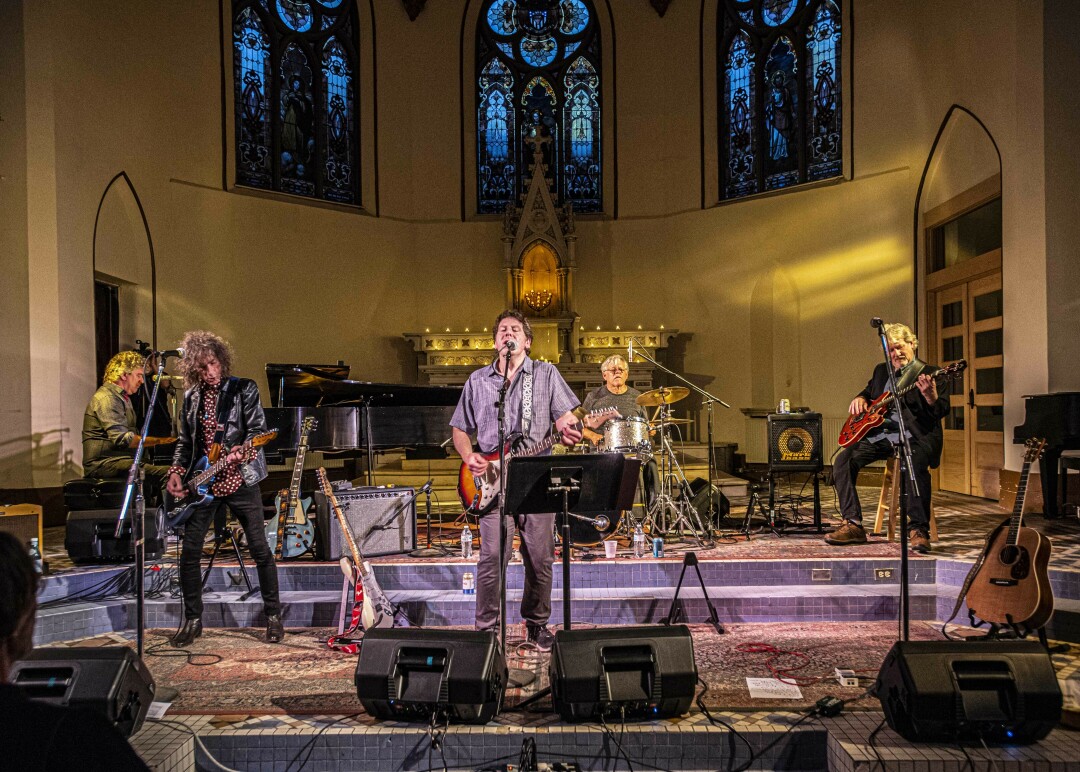 There is a community of diehard Dylan fans that spans the globe and which is anchored right here in Duluth.

The occasion of Bob’s 81st birthday brought them out repeatedly to revel in our native son’s talent and inspiration. So much was on offer that it was an endurance test for organizers, performers and attendees alike.

As I took in each event, I came away with an appreciation for the many dedicated volunteers who organized this extravagant celebration.

The following are what I considered the highlights of the festival.

A morning tour of the historic Armory building on the first Saturday of the festival impressed the attendees with the immensity and significance of the adaptive reuse project to turn it into a fully functioning arts and music center. We saw the spot where Bobby Zimmerman stood as he witnessed the Buddy Holly, Big Bopper and Richie Valens concert there, letting our imaginations conjure up the inspiration young Bobby received. (Note: Richie Valens was born only 11 days before Bob!)

That same morning, folks donated iron scraps and implements so that iron forgers working in the Armory Annex could fabricate a fanciful iron gate emulating Dylan’s recent creative work fashioning iron gates. The auctioning off of the gate has contributed to event coffers. 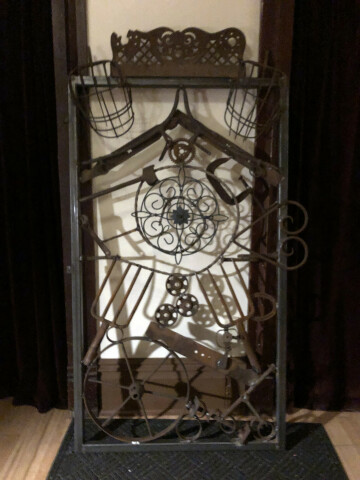 Dylan-themed gate made by iron forgers at the Armory Annex. Photo by Jill Fisher.

As expected, Cowboy Angel Blue provided a great kickoff to the nine-day event on Saturday evening (May 21) at the Rex in Fitger’s. Lively and danceable, the trio performed Dylan songs that ranged from romantic – “To Make You Feel My Love” – to cynical – ”Things Have Changed.”

They also dared to sneak in a couple Neil Young tunes to provide a bit of variety. Their performance was a harbinger of good things to come.

The next afternoon, in an otherwise uneven jam session, singer (and photographer) Michael Anderson’s rendition of “Positively 4th Street” under the Earth Rider tent was quite thrilling. Without trying to imitate Dylan’s sound, he gave the song’s scathing comments full expression with his powerful and individual vocalization.

The chilly 52-degree day accounted for a sparse audience but, when it finally began singing along with the folks on stage, the atmosphere warmed. People certainly appreciated receiving the free song books with 29 Dylan tunes produced for this event.

The front porch celebration of Bob’s actual birthday on Tuesday, May 24, at the former Zimmerman home, was among the best performances of the festival.

Guitarist and singer Greg Tiburzi of Hibbing entertained approximately 70 fans with some of Bob’s lesser-known and least performed songs. That evening he appeared again at Wussow’s in West Duluth to continue his tribute. 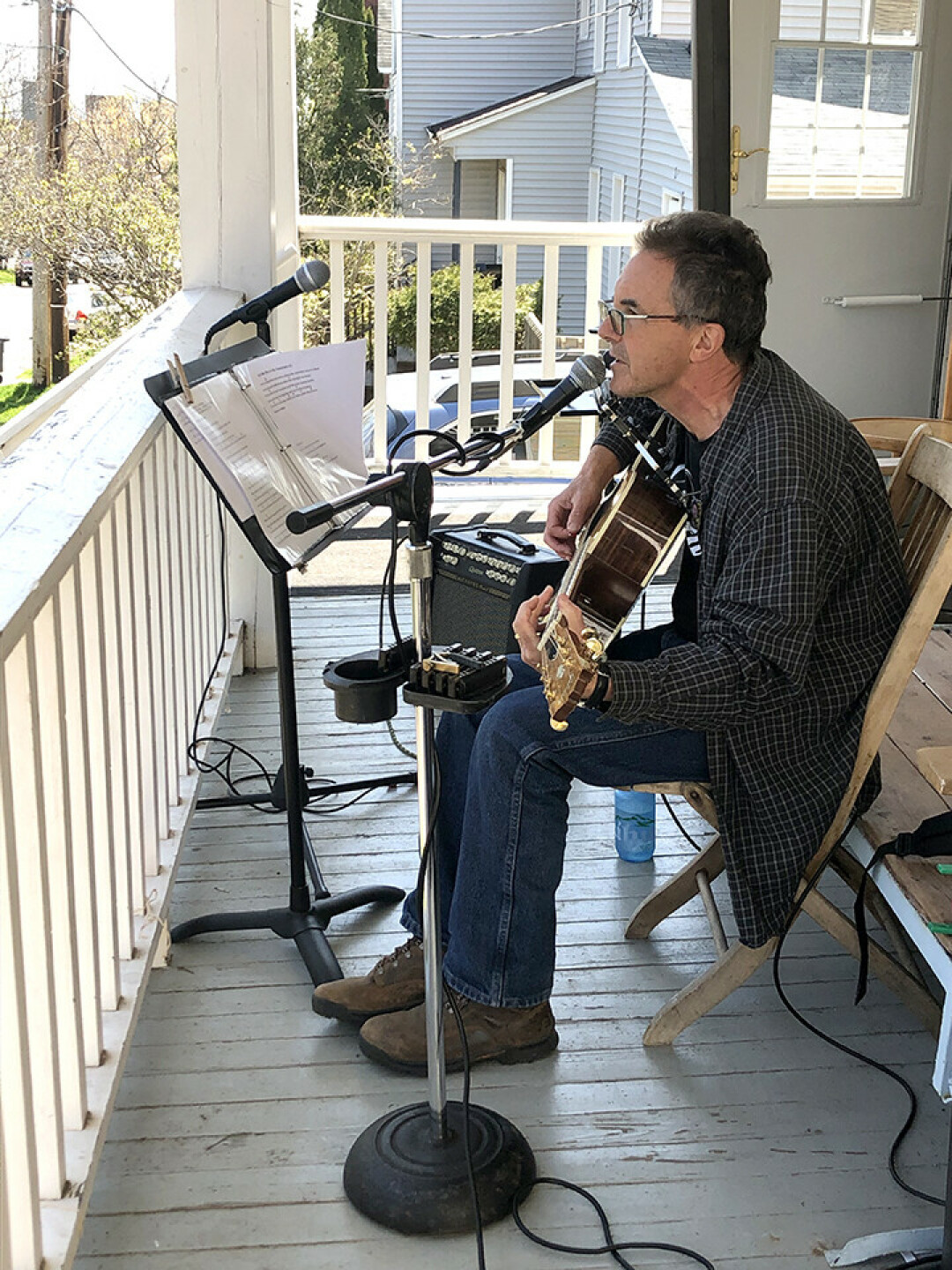 Greg Tiburzi at the Zimmerman home. Photo by Michael Anderson.

A favorite of mine, “North Country Blues,” is seldom sung, and he certainly did it justice. Tiburzi advised attendees that if they hadn’t followed Dylan’s more recent music, they should and would be in for a treat.

He invited Pat Eliason, with his harmonica, to join him on stage, and together they tapped into that early Dylan sound.

Not to be outdone, the so-called “Basement Tapes Band” took over the stage with an awesome concert of Dylan tunes from his time in Woodstock, New York, with The Band. Marc Gartman, Veikko Lepisto, Jacob Mahon, Teague Alexy, Ian Alexy and Tyler Dubla made up this ephemeral band, joined by Sarah Krueger. They performed two sets loaded with songs only Dylan/The Band aficionados know, among them: “Going To Acapulco,” “Lost Time,” “The Mighty Quinn” and “Million Dollar Bash.”

Ending with the crowd pleaser “Rainy Day Women #12 & 35,” where the crowd enthusiastically joined in the chorus, “Everybody Must Get Stoned.” The group was called back for one more, for which they played a rousing version of “The Weight.”

Thursday evening, May 26, at Earth Rider was a groovy CD release party for this year’s “Free Wheelin’ Duluth Does Dylan.”

While the musicians who performed their tracks from the album were more than fine, it was John Sonofmel’s readings of Dylan’s poetry between acts that elevated this event to memorable status. 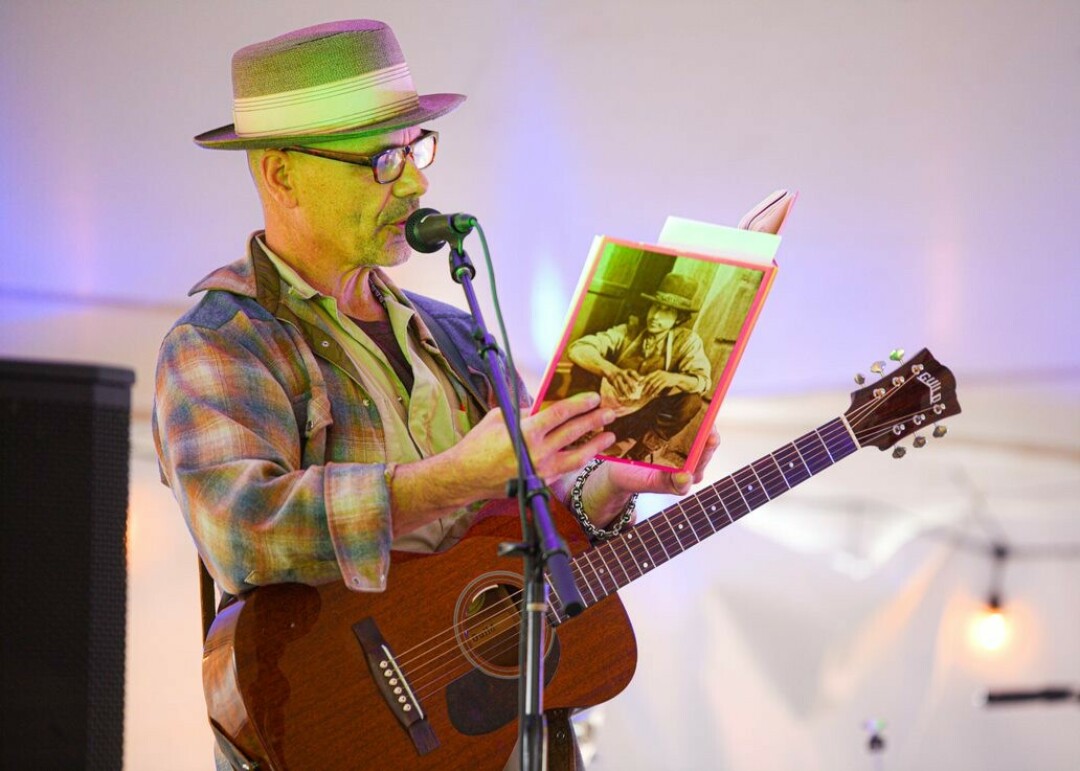 One aspect of these shows and CDs is how much people appreciate clearly hearing Bob’s lyrics, thus better understanding their profundity or perhaps in some cases their absurdity.

The John Bushey Memorial Lecture by musician and writer Paul Metsa, at Wussow’s on Saturday afternoon, May 28, was another highlight of the festival.

Metsa read excerpts from his book, "Blood in the Tracks," that is due to come out in 2023. A Virginia, Minn., native, he shared anecdotes and an analysis of Dylan’s Blood on the Tracks album.

My ears perked up at his contention that contributions of the long uncredited Minnesota-based musicians, rather than big-name East Coasters, were part of the reason this work was listed at number nine on the Rolling Stone magazine’s top 500 albums of all time.

From my recent musical encounters in Memphis and New Orleans, I find that many Duluth and Minnesota musicians are of a caliber matching or surpassing those in such famous locales. The insights of this Dylan scholar (among others such as blogger Ed Newman of ennyman’s territory) help us more casual fans better appreciate the breadth of Dylan’s talent and influence.

Two other events at the tail end of this year’s DDF deserve accolades: The Music of Bob Dylan Concert at Sacred Heart Music Center on Saturday evening, with Minneapolis musicians Dan Israel, Terry Walsh, Steve Brantseg, Bart Baker and Dave Haugen, who teamed up for an energized recital focused on Bob’s electric songs from the late ‘60s and ‘70s.

The other occurred Sunday morning at a “Farewell Brunch” at Wussow’s featuring Misisipi Mike Wolf.

Both gigs included both well-known and lesser-known Dylan tunes.

The latter showcased Mike’s virtuosity on the guitar, and his ability to spontaneously back up other performers, such as the poet/singer from Prague, Czech Republic, Lucien Zell (who, like Mike, performed during the Singer-Songwriter Concert).

Can one ever get enough Dylan to be satisfied? Probably not judging from my own need to wrap up the festival with a viewing of the 1967 documentary film "Don’t Look Back "by D. A. Pennebaker.

That scene of Bob peeling off posters with bits of his lyrics on the over-dubbed “Subterranean Homesick Blues” track, while Allen Ginsberg and the late Bobby Neuwirth linger in the background, alone is worth a watch.

Of course, we all were looking back at Dylan’s extensive body of work and enjoying favorites sung by so many talented musicians (more than 80 this year!).

We will continue to look forward to more compelling work by Bob and future Dylan fests. It was a fun and fitting tribute our proud community gave our famous native son on his birthday. 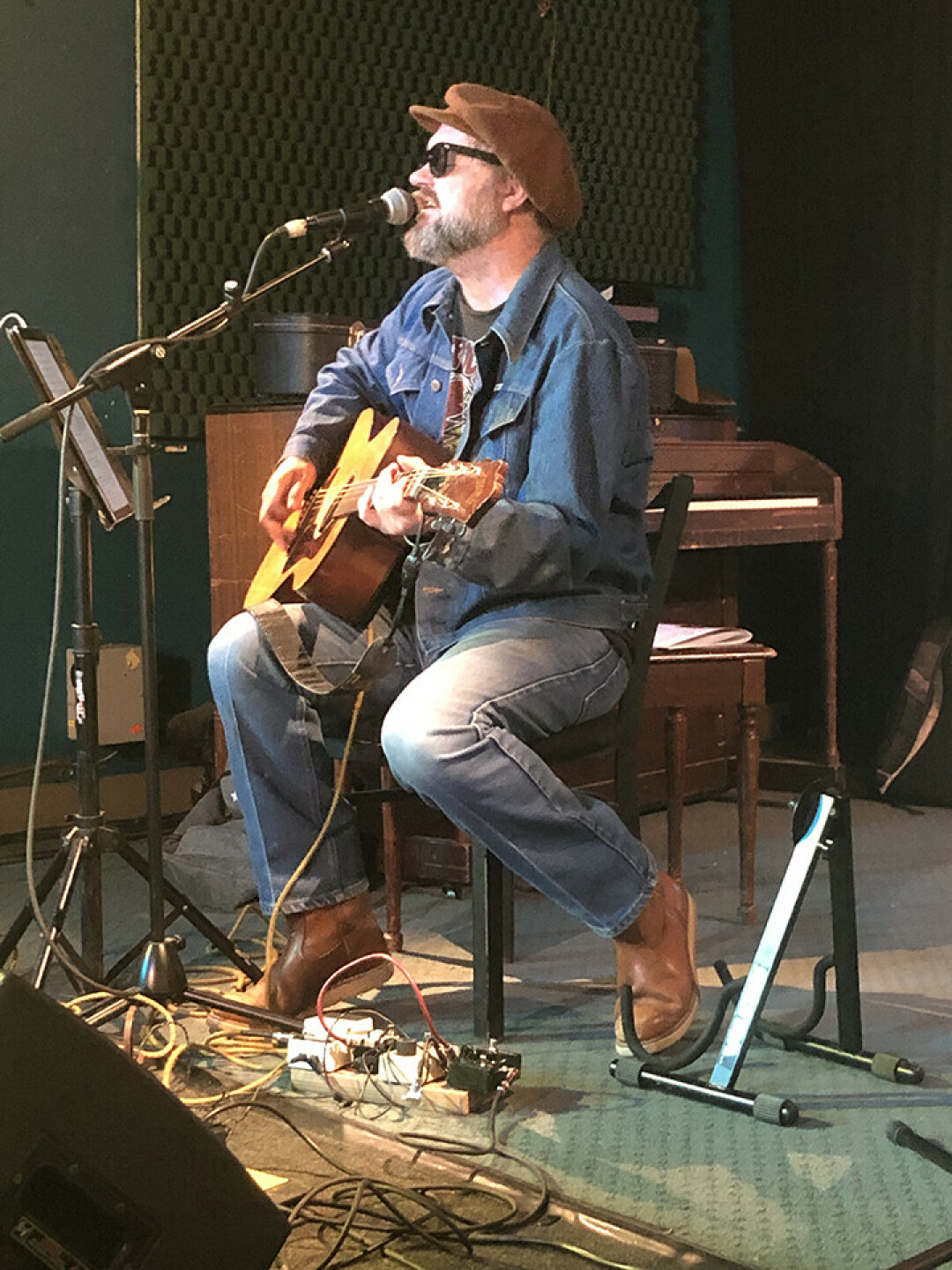 Misisipi Mike at the Farewell Brunch at Wussow’s. Photo by Jill Fisher.