Going ape and crowing about it 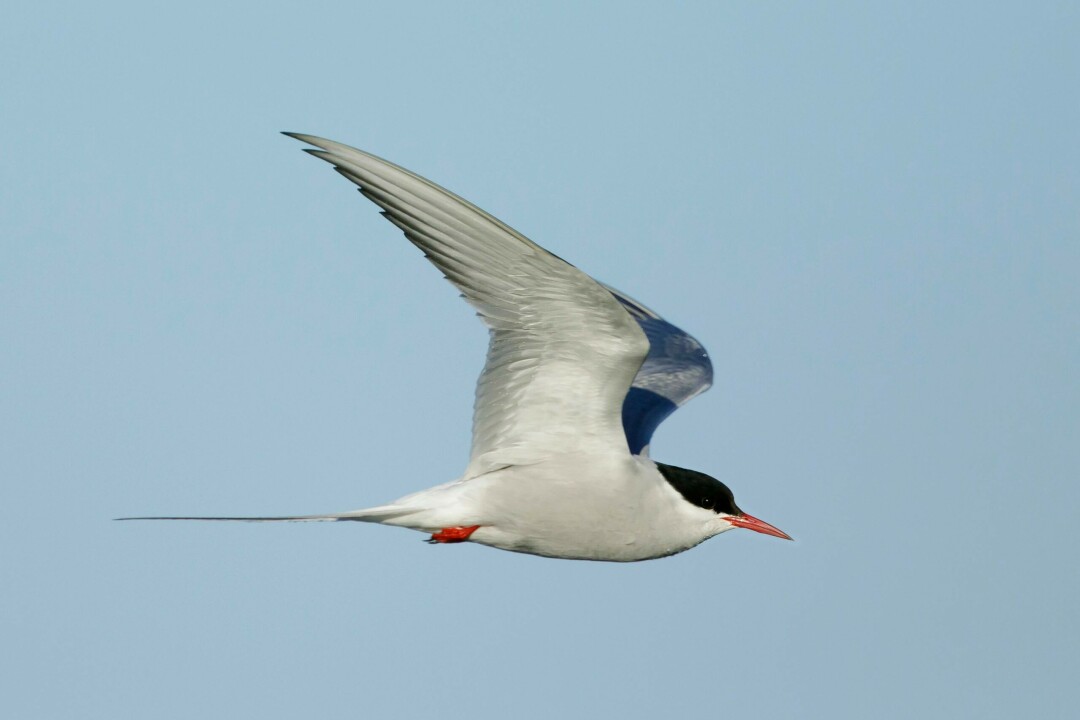 Taking a break from politics while watching bird brains

As a farm boy I always enjoyed feeding our animals and birds after helping to prepare the foods they all enjoyed, whether it was corn on the cob for pigs or silage chopped up for the cows for their winter buffet.

Sometimes the horses got dessert in the form of a nosebag of oats. The geese, ducks and chickens ate every seed and grain known to man before laying eggs and being eaten.

Being French we raised a hutch of rabbits for food besides hunting them in the fields. It’s always tough to kill your friends.

I have been feeding birds for about 80 of my 90 years, having fed birds at our lake home summer and winter until we moved to New Perspective in West Fargo two years ago.

We had a family of pileated woodpeckers nesting in a big hollow oak tree for about 40 years. When those white, red and black birds hit the feeders it was time for smaller birds to scam. We also had about 20 wild turkeys nesting on our back lots. They are not dumb. About once a month the tribe would come out of the woods for a couple of hours and clean up the seeds spilled under our feeders.

I bought sunflower seeds in 50-pound bags. One might last three weeks.

Our most unusual guest was an Artic White Gyrfalcon in our feeders about 20 years ago who was about 7,000 miles south from home.

I missed feeding birds, so I put up two feeders on our third-floor deck last week. It took the locals a few hours to discover them, but so far, we’ve had purple martins, finches, juncos and several species of woodpeckers entertain us.

I decided this morning that I’m sick and tired of writing about the world going to hell because of Know-Nothing Homo sapiens who have no idea when enough is enough. I need a break.

I have never written an entire column about animals and birds among the 1,500 weekly columns of 30 years, but I have a thick file about unusual living things I have kept for 50 years. I like to write about the unusual.

About 30 years ago I wrote about a Montana man who probably had the most unusual job in the world. I called him the mad cow bomber of Montana. His job was to blow up dead cows that had been poisoned by drinking water from old, polluted copper mine pits. They had to end up as bits so bears and other animals couldn’t eat them.

Sometimes he used explosives so powerful he was hit by cow parts while running away from the blast. That’s life in the fast line!

Ham had eggs for breakfast

One morning in January 1961, Ham had cereal, milk and eggs for breakfast, climbed into a pressurized capsule on a NASA rocket, and rode it into space. No human had done it before. As he rode it, doctors checked his cardiac condition, bodily functions, his ability to swallow, and effects of weightlessness.

When the capsule landed, Ham had only one injury – a bruised nose. We used him as the first hominoid to visit outer space. Ham ended up a long way from Cameroon, Africa, and a member of a chimpanzee family. He was nicknamed Ham by his handlers because he seemed to enjoy the ride.

When we invited ravens for lunch

We knew a lot about the intelligence of ravens because we had a pair for about three years at the lake eat many pounds of sunflower seeds. We have seen and fed ravens in many national parks, but our experience with a pair in the Petrified Forest National Park in Arizona was unusual.

We had stopped for lunch at one of the many overlooks by sections of the park. Two ravens were close outside our RV, so we went out and put sandwich remains on the rocks. They were immediately gobbled up.

We drove to the next overlook with one flying in front of the windshield and the other flying by the passenger door. We stopped at the next overlook – and they stopped. Two cookies were consumed.
They led us to another half-dozen overlooks and continued to raid our handouts. They evidently made a good living off the tourist industry.

At least six ravens have been living in the Tower of London by royal decree of Charles II after his Astronomer Royal John Flamsteed complained about them more than 350 years ago. Rumor and myth are, if less than six live in the Tower, the kingdom will fall. Seven ravens, at a minimum, are kept just in case one is missing or dies. Fewer than six spells doom. In 2021, Molina went missing so six were left. The breeding of more ravens went into high gear to save Queen Elizabeth.

A four-ounce bird is the winner of the sky marathon

Each year Artic terns, weighing as much as my daily martini without the glass, put on some 50,000 miles flying from Greenland to Antarctica – and back again. Some spend their summers in the Artic and winter on Antarctica.

On the routes they dive-bomb the oceans for fish for sustenance. This little black, red and white bird often lives to age 35, mates for life and puts on 1.8 million miles on the flyomonitor.

Do bees have their own ground positioning system (GPS)?

We always had our own honey to eat on the farm because we kept three beehives busy making sure our apple trees, raspberry bushes, strawberry plants and flowers would produce something worthwhile. We had the smoker, the protective hats and other equipment necessary to steal tasty honey from the very irate bees.

At that time we didn’t think much about the miraculous capability of how a honey maker who was almost blind, with a brain that weighs less than a milligram, could meander all over the 180-acre farm for sweet stuff and then head for the home hive in a straight line.

Some bee lover has figured this out. With a brain with less than a million neurons, bees, with an intriguing “waggle dance” in the hive, tells other bees his route – and how his brothers can get back to the hive from their last flower. Bee experts have also studied how bees from a rival hive can get by the guards to steal honey.

How old are the ants that die every night?

There is a Brazilian ant species that hides the entrance to their nest each night by having a selected special crew to seal it off from the outside. The crew dies from the cold each night protecting the hive from the cold and possible marauders.

I wonder how they pick the ants for the suicide mission. Are they the oldest? Do they also have a hospice?

How can mice chase prisoners out of a prison?

On the farm we always kept a couple of cats in the barn to keep mice from occupying the place, and we set a lot of traps in the grainery to keep them from ruining the oats and barley.

For years I have been reading about Australia’s mouse plagues that occur every decade or so. Last year the plague was one of the worst in history. A prison in New South Wales had so much damage from mice eating through electronic cables, ruining ceiling tile and filling walls with excrement and dead mice that they had to move 420 male and female prisoners along with 200 staff members to another prison so they could repair and clean.

Some farmers in the Eastern grain belt have caught as many as 1,000 mice a night in traps and are worried about their ability to harvest and store the crops.

Do some of our earthly creatures have built-in magnetic compasses?

At our former lake home we have a dog cemetery occupied by a dozen dogs we have loved in our lifetime. I have watched them all pee and defecate in 65 years of opening and closing doors on houses or RVs to accommodate their needs.

I have never paid much attention to whether they were peeing north or south. Experts say many animals and other creatures have a bio-compass that lines them up north or south when they do their duty.

As an example, they say live carp and some other fish in a fish market tank or barrel always line up on a north and south axis. Magnetite has been found in the brains of rats, in the beaks of homing pigeons and in rainbow trout that allows them to follow the earth’s magnetic field.

I have observed thousands of minnows in buckets, and I have never checked their positioning. The next time you let your dog out, take a compass and check out his stream direction.

Thirty years ago we wondered why trees covered the overpass

While traveling the Trans-Canada Highway in Canada after an RV trip to Alaska, Corky and I were surprised to see large trees growing on an approaching overpass covering the four lanes. There were mountains on both sides, and as we slowed to check out why, we saw several animal trails on both sides leading to the overpass.

We thought what smart elk, deer and bears Canadians raised. They used the overpass so they wouldn’t be killed while crossing the highway.

Well, Californians have finally decided to build a 165-foot wide overpass over 10-lane Highway 101 more than 200 feet long so mountain lions and other animals can mate and exchange different genetic materials with strangers who live in the Santa Monica mountains or in cities across the way. It will also be covered with trees and other vegetation.

There’s been entirely too much inbreeding lately in our most popular state. Experts figure mountain lions, without strangers, would mate themselves out of the world in 50 years or less.

I was thinking perhaps Republicans and Democrats should stop inbreeding so the country will last more than two years.

On Oct. 4, 1918, the U.S. 17th Infantry Division was surrounded behind enemy lines in France. Cher Ami, a female carrier pigeon, took to the sky to report the problem to U. S. headquarters. The Germans shot her in the chest and leg, but she completed her mission and the division was rescued. She has been on display at the Smithsonian for more than 100 years because of earning her “Purple Heart,” one of 200,000 messenger pigeons used in the war.

But wait. Recent DNA tests proved “she” was a “he!” It’s not the first time birds insects, snakes and other animals were used in war. Iraqis defeated a Roman army in 198 B.C. by pouring poisonous scorpions on them.

According to the British Imperial War Museum, some 16 million animals served in World War I, including canaries, dogs, bears, donkeys and horses – all drafted to serve. More than eight million horses were killed in WWI.