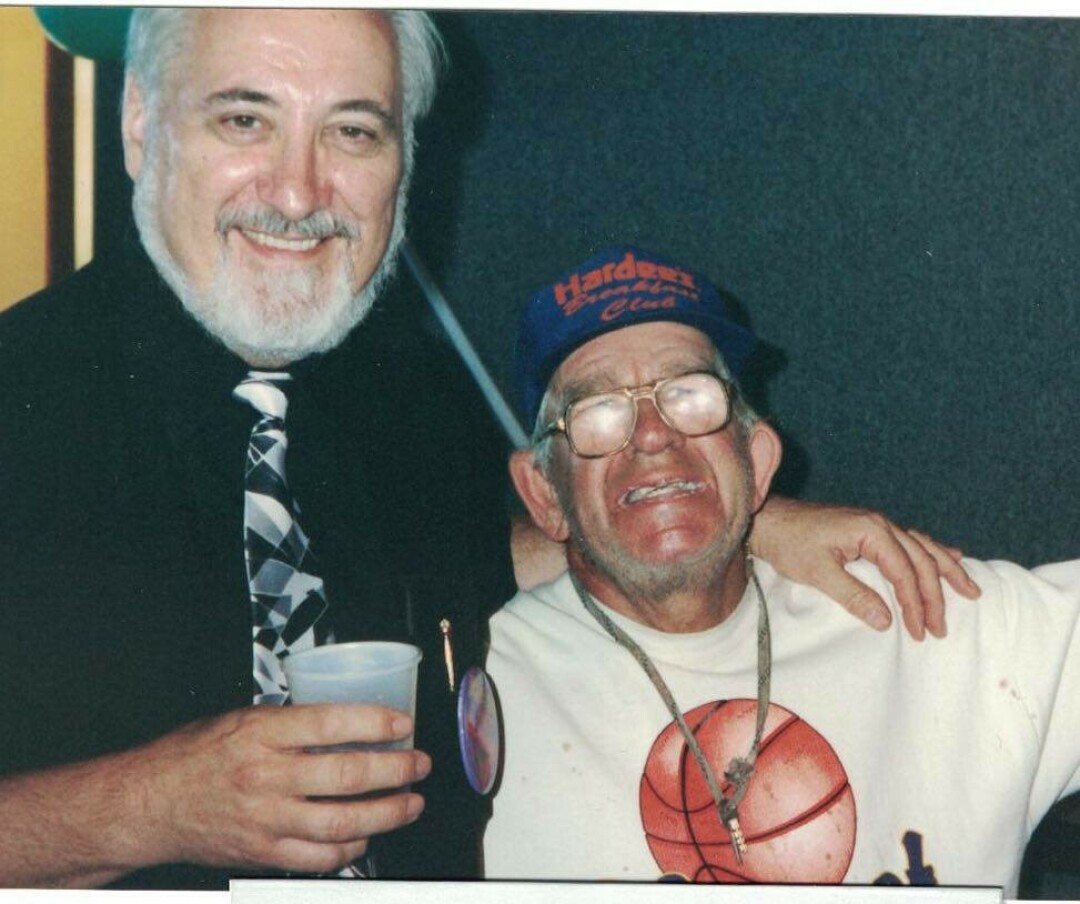 A few weeks ago the Pine Knot ran an article about, among other things, Dickie Eklund and Ray Poirer. I remember Dickie and Ray riding their bikes around Cloquet while I was in high school.

Sometime in the early 1950s, Ray was riding by himself. I asked what had happened to Dickie, and I got a couple of answers – I don’t know if either of them are true.

The first was that Dickie had gotten sick, and the other was that he had been moved to a group home outside the Cloquet area. I had been told that he had the mentality of a 7-year-old, so that was possible. I never saw Dickie again.

The first time I remember seeing Ray, he was pin-setting at Evergreen Lanes Bowling Alleys. He was one of the few people who could handle two alleys at once, and he did it effortlessly.

Dickie and Ray were Cloquet High Schools super sports fans, at least for the sports that counted – basketball and football, and to a lesser extent, baseball.

Soccer was a grade school game, and wasn’t offered past sixth grade. Hockey was a game that was played in Canada and Eveleth. It didn’t count because it was not a spectator sport in Cloquet. Games were played at the hockey rink in Athletic Park on 14th Street. I knew a couple guys who played it, but they were masochists.

I went to a game once. There were three people watching – the coach, one parent and me. I was there because my friend Bill Gannon and I were going to the show later, and he was playing.

Basketball was king. They had to enlarge the gym to accommodate all the people who wanted tickets. I went to a couple of those games, but I can’t remember why.

I graduated in 1953, and for the next 15 years, I did “other things.” Some time after I graduated, Dickie came back, because there were pictures in the article that showed him in 1971 and a reference to a picture from 1979.

He was wearing a Cloquet letterman’s jacket with a “C” and a football on it. He had also been given old pieces of football uniform by the coaches.

Ray didn’t get anything like that. He was a little bigger, and having the mentality of about a 12-year-old, he could live semi-independently. He couldn’t really run – the best he could do was a kind of fast walk, but he was very strong. He was a fan of polka music as well as sports.

I suspect that the polka music brought Ray and Len Voikofski together. Len owned Len’s Melody Music store and had an hour-long polka music show Sundays on WKLK.  He also had a little orchestra that played old- time music, and he owned the Elmwood Inn in Atkinson. He would occasionally play there, but he hired some local bands too.

As a special treat for his loyal customers, Len would bring in Frankie Yankovic  to play. Frankie was America’s Polka King, having several top hits, including “Just Because” and “Blue Skirt Waltz.”

Anyone who loved polka music was familiar with his songs. He recorded more than 200 of them, and won a Grammy in 1986.

Len had taken Ray under his wing. Every week, Ray would take the music store money to the bank to deposit in Len’s business account. Some lowlife learned about that, and one day came up behind Ray, snatched the money and ran. Poor Ray couldn’t run, so all he could do was keep saying “That’s Len’s money!”

He couldn’t believe someone could stoop so low, and neither can I. Of course, Len had to stop sending Ray on that errand.

He gave him a job at the Elmwood. There were several chores he could do in the kitchen and bar. As long as beer was a dollar a bottle, Ray could even bartend.

In the mid 1960s I was starting to raise a family. Bob Mitchell’s younger brother Ron had a body shop on 10th street and a bowling team. He asked me to bowl with his team. I told him I wasn’t much of a bowler, but he said it didn’t matter because it was just for fun. The bowling alley was within walking distance from my house, so I agreed.

The first person I ran into at the bowling alley was Ray. He greeted me like he hadn’t seen me in a hundred years, and surprised me by calling me by name. I didn’t know he knew my name. He had to show me his armband with his high game score on it – 278. which is a good game for anyone.

Ray was filling in with a team that evening, and I watched him for a while. As I said, he was very strong, and he threw the ball so hard, I think he got some strikes that were not perfectly thrown, but the pins flew in all directions from the force that he generated.

From then on, I saw Ray every week. If he wasn’t filling in, he would sit eating popcorn and watching.

In between frames, he would talk to me about the high school basketball team and how they were doing.

He knew the names of all the players  too.

In the ‘70s I was working at Potlatch Research. The pay was low and my family was growing, so I took a second job bartending. My first year was in Duluth, but the following year I started getting jobs in Cloquet.

If there was music where I was working, Ray would sometimes come around, listen to the music and talk to me.

One night he came in all excited to show me the medal he had won at a Special Olympics meet. He was so proud of that medal, and I contributed to Special Olympics for a long time after that because of it.

In the 1980s I quit bartending and picked up my guitar again. My band was not a polka band, but we always had Ray sing his two polkas with us – “Just Because” and “Tick Tock Polka,” both Yankovic hits.

Ray had a speech impediment and he stammered a lot when he spoke, but when he sang, the words came out clearly, and he had perfect timing.

He gave me a card that Frankie Yankovic had printed for him, stating that Raymond Poirier was Frankie’s manager. Ray had to add his address and the fact that Frankie was from Cleveland just so people wouldn’t get confused.

I had never gotten out to the Elmwood when Frankie was there, since I knew there were a host of polka fans that deserved a seat much more than I did. I am sure that Ray got up and sang with him then too.

I had my retirement party in 1994. It was a big party and kind of hectic, but Ray showed up for it. I know he did, because I have the picture to prove it.

Ray is gone now, and I miss seeing him around.