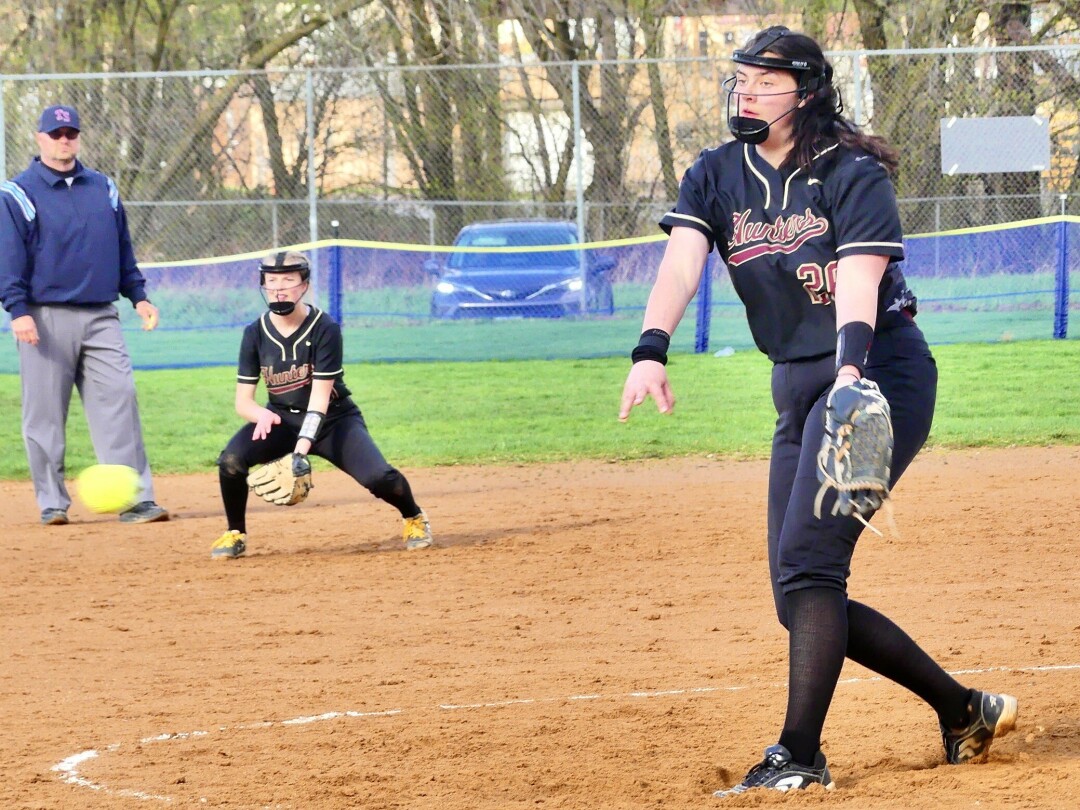 A year ago, the hotly competitive girls softball season in the Northeastern Minnesota weather-challenged area came down to three top candidates as the most dominant pitcher.

In section play, Walsh and Proctor cruised into the final, where they faced a talented and aggressive Greenway of Coleraine outfit, and the Raiders jumped on Walsh in the top of the first inning, and cruised to the 7AA championship behind yet another sophomore, the unheralded Miranda Gernander.

This spring, the Northland has provided more than its share of sports spectacles. And just last week, Duluth area softball came to a regular-season climax, and the battle of pitchers who are now juniors put their emotions and teams on their windmilling right arms.

In a week of high drama, could we declare a best pitcher? Or would it more likely be top two? Or, make three?

I make a motion that we limit the superlatives to the top four!

The showdown I had been waiting for came when Superior, with only two losses, played at unbeaten Proctor, so we could see Haley Zembo, the amazing junior from Superior, face Maddy Walsh, Proctor’s ace, who had led the Rails to a 16-0 record.

There was extra incentive, because of Proctor’s well-remembered conference title victory against Superior. 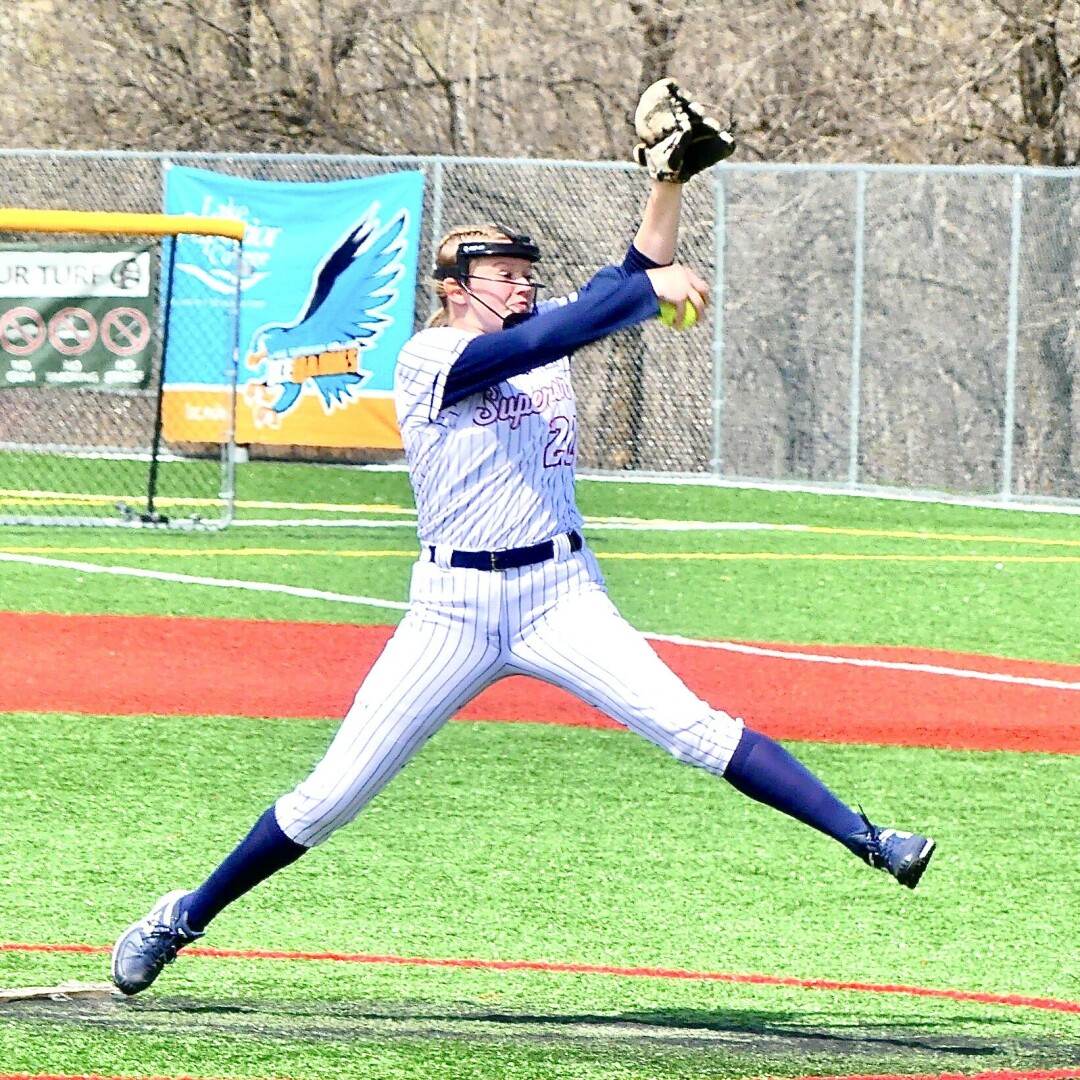 Superior’s standout catcher, Emma Rate, certainly remembered. Walsh, who depends on the speed of her pitching, was ready, but Raye, Superior’s leadoff hitter, was equally ready. She took one pitch, then hammered Walsh’s fastball over the fence in left-centerfield at the Proctor park.

The Spartans added a second run, and already Proctor’s work was cut out for the Rails. But Zembo left no room to rally.

In the last of the fourth, Walsh, who is also one of Proctor’s best hitters, hit a hard grounder up the middle. The shortstop knocked it down, grabbed it and fired to first. But Walsh hit the bag before the ball got there, and the hasty throw got past first base, and Walsh made it to second.

In high school softball, there are no official scorers, so the home team’s scorebook usually rules. The

Proctor official scorer pencilled in an infield single and an error, which made sense, because it appeared a clean play and throw still wouldn’t have gotten Walsh.

A courtesy runner went to third on a wild pitch, but Zembo came back to retire the Rails on a grounder back to her, a strikeout and a pop fly to right.

In the top of the fifth, Proctor’s challenge grew exponentially. Walsh, still firing fastballs, gave up a line-drive single, and a wild pitch and infield grounder left a runner on third, still with one out. Natalie Sigfrid singled the run home for a 3-0 lead, then Avery Visger, who had never hit a home run, hit one, and it was 5-0.

Superior beat the rain and went home with the 5-0 victory, and Proctor’s undefeated season was now 16-1, but it might not be the worst time to end a winning streak. 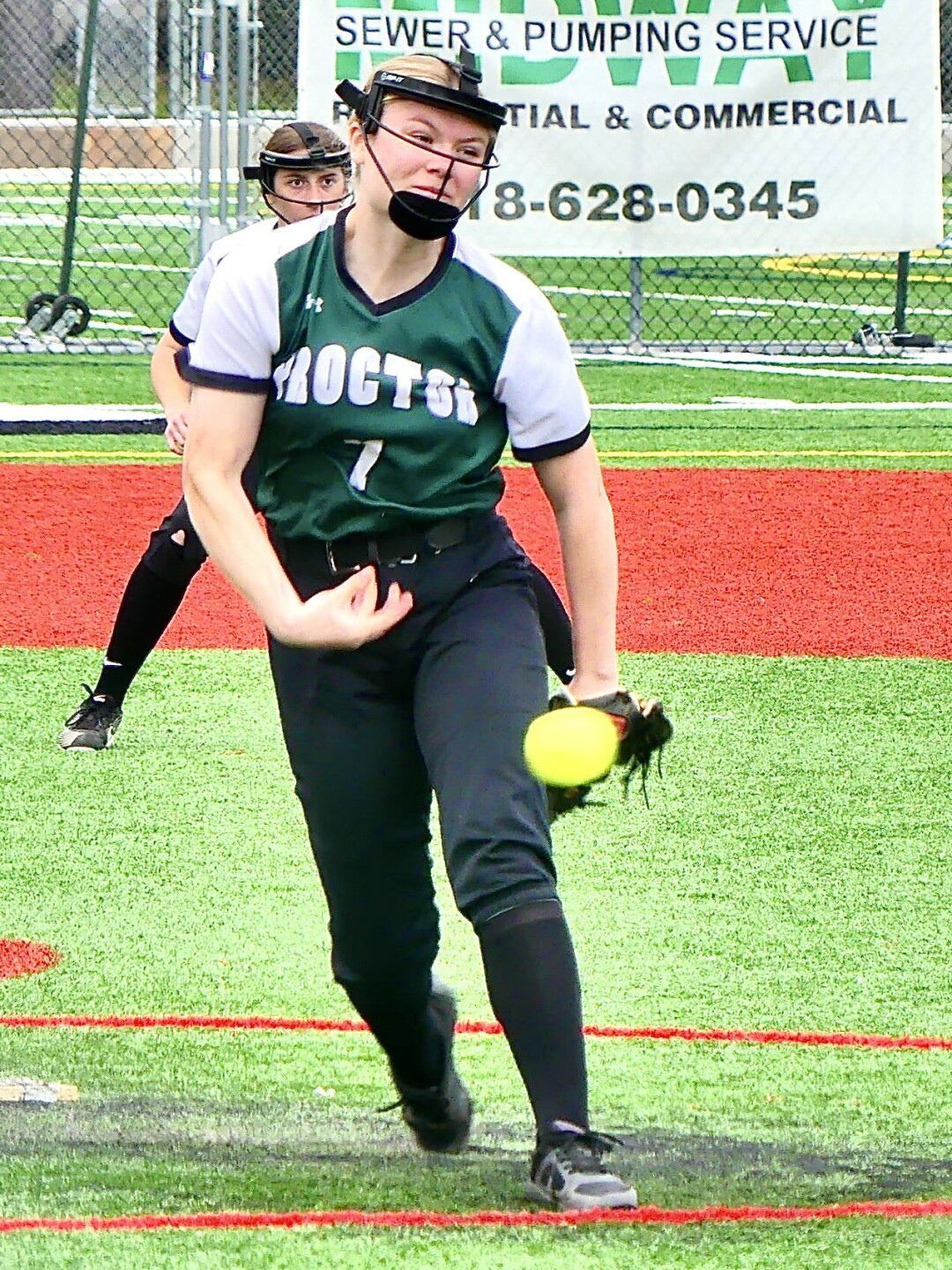 The next day, it was Proctor that had a double-dose of incentive, trying to bounce back from the loss, and also to try to do it against Greenway of Coleraine, and Miranda Gernander, who had crushed their hopes last spring.

Walsh had everything going, and so did Gernander, as the teams battled through a scoreless first three innings on Proctor’s field.

In the last of the fourth, Payton Rodberg lined a single off Gernander. Up came Preslie Annala, and she blasted a Gernander offering high and deep and gone, over the center-field fence for a 2-0 Proctor lead.
Walsh poured it on, and in the sixth, Baileie Peterson slashed a 2-run double, and the Rails had their bounce back and revenge with a 4-0 victory. Walsh struck out 13.

A day later, Greenway got back in tune by beating South Ridge 6-0 on the way to Duluth, where the Raiders faced Denfeld at Dick Swanson Field.

It had been a tough season for Den-feld, in a rebuilding phase for new coach Nicole Jensen’s second year. But there were glimmers of hope.

Having beaten arch-rival Duluth East 10-3 early in May, and earlier last week, the Hunters hammered Marshall 16-1.

The Greenway Raiders, however, presented a far different challenge for the Hunters.

Miranda Gernander was already warmed up from her earlier game, but Denfeld was ready and battled the Raiders evenly, playing strong defense behind the pitching of Riley Anderson, a big and strong sophomore.

The teams stood 1-1 when an opportunistic Hunter attack created a run on a single, a stolen base where the throw escaped to center field, letting the runner break for third where she seemed a sure out. But the Greenway throw skidded past the third baseman, and the runner made a break for home.

Again, she seemed a certain out, but the throw home hit her in the back and bounced away, and Denfeld led 2-1.

Greenway came back to tie it 2-2 in the top of the fifth on a double, ultimately scoring the tying run on an infield ground out. 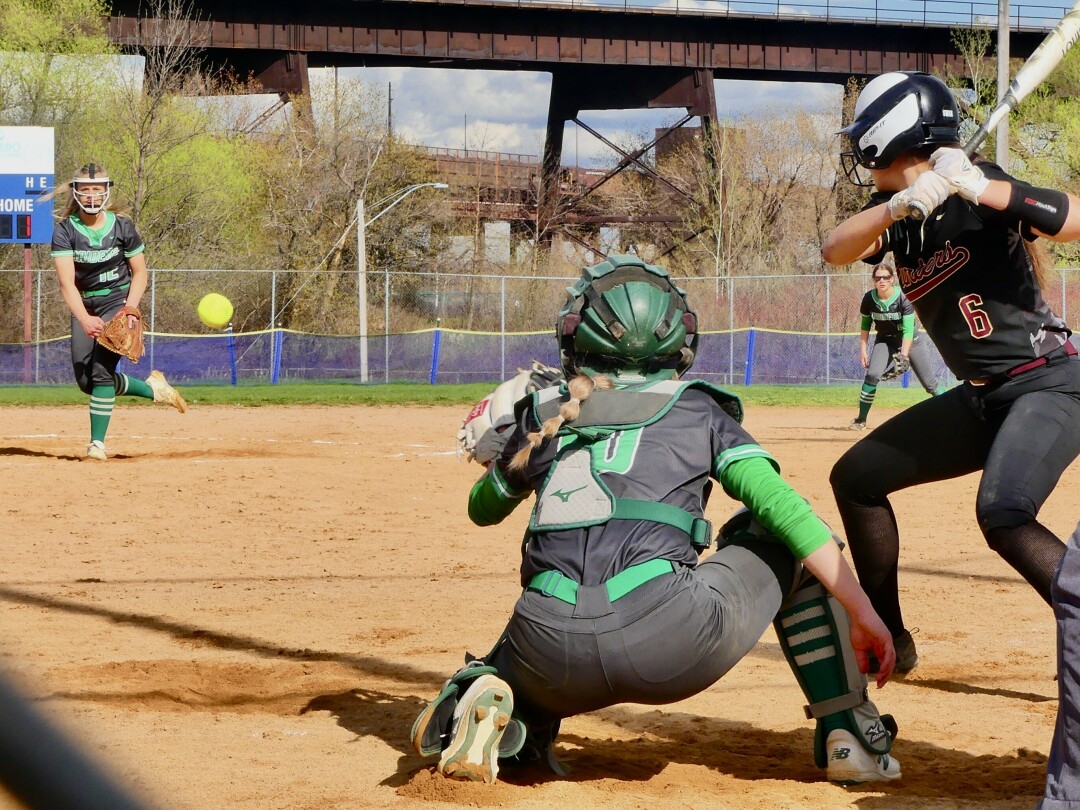 About then, the drizzle that had been threatening turned into a heavy enough rain to stop play for a half-hour. When it resumed, in the last of the sixth, Grace McCormick drilled a sinking liner to center for Denfeld, and the ball skipped past the center-fielder and went to the fence for a triple.

Brekle Maas followed with a single for the tie-breaking run and Denfeld had an improbable 3-2 lead.
Anderson, who is comparatively unknown in city softball circles, looked like a long-term JV project a year ago.

“But she has worked really hard,” said coach Jensen. “She’s still learning, but she’s earned her spot.”
While Zembo, Walsh and Gernander have already achieved the heights with their fastball pitching, Anderson has had to develop alternatives, and she kept the Raiders hitters pretty well off-balance all day with decent speed and a devastating change-up.

In the top of the seventh, she show-ed amazing poise after giving up a leadoff single and a stolen base, and that tying run advanced to third with nobody out when a pitch got away from the Hunters catcher.
But Anderson came back to get a called strike three – on a change-up – then induced a popup for out number two. She struck out the final Greenway batter on another change up to secure the 3-2 victory.

“It was nerve-wracking, for sure,” Anderson said afterward. “But it was exciting, probably our biggest win of the season. I threw a lot of change-ups – a LOT of them,.”

Coach Jensen was smiling, but she wasn’t about to proclaim beating the defending section champ Denfeld’s biggest victory of the season.

“You know, we beat East, and it’s always big to beat your crosstown rival,” she said. “And it was the day of our prom.”

Three victories mean one over East, one over Marshall, and now one over defending Section 7AA champion Greenway of Coleraine, which has designs on repeating.

Sure enough, Denfeld beat Duluth East again on Monday, 7-4, to sweep the season series from the Greyhounds. And sophomore Riley Anderson is ready to take her place among the notable area pitchers – already possessing the best change-up of the bunch.

And this week? Section playoffs in all classes.