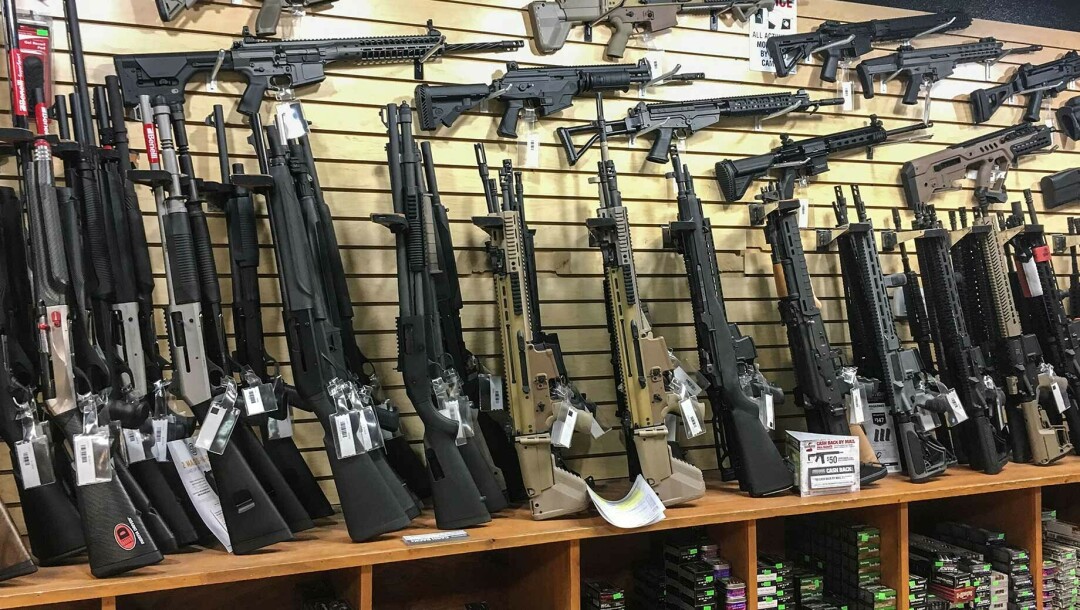 In Buffalo, New York, an 18-year-old white teenager killed 10 people and wounded three others. The police are saying it was motivated by racial hatred.

It was a premeditated act that involved advance reconnaissance of the kill site and deliberate targeting of a grocery store in a Black neighborhood. He apparently bought the guns and body armor legally, despite having a history of making threats to kill people.

Mass shootings like this are not anomalies in our country. Religious- and racially-motivated killings are not aberrations. Neither are they the result of mental illness or a few “bad apples.”

Mass shootings can be expected to occur in a society steeped in racism, hate, selfishness, greed and fear of “others.” Mix in easy access to guns and you have a recipe for mass shootings. America is reaping what it has sown.

Our country has a long history of racism and violence toward others. For most of our history Blacks have been enslaved, denied justice and lynched with impunity.

Native Americans suffered genocide and ethnic cleansing. Jews, Muslims and Catholics have been targets of hate and discrimination.

Even white Irish, Italian and Eastern European immigrants have been hated and discriminated against.

Now we target Hispanic immigrants, Asians, Muslims and asylum seekers. Is it any wonder that hate groups abound?

The media and entertainment industries glorify and enable gun violence. The gun-toting cowboy, the tough cop, the military hero and mafia godfather are typical Hollywood themes.

The corporate news media like Fox News are full of inaccurate and misleading stories intended to create anger and division. More anger means more “clicks” and the more advertising revenue. The result of the continuous negative stories about the border, immigrants, minorities, Muslims, feminists and liberals is more racial, ethnic and religious bigotry.

Republican politicians enable gun violence with all their lies and inflammatory rhetoric. They also deliberately promote division and fear for their own selfish gain.

Fear of people who are different or have different viewpoints is used to manipulate and control. They divide the rich from the poor, white from the black, male from female, gay from straight, union from non-union, immigrants from former immigrants, and liberals from conservatives.

Wedge issues are deliberately used to divide. So it should not be surprising that young, angry men shoot people that are different from themselves.

The militarization of the police is another part of our culture of violence. Police using excessive force, especially against minorities, is normal procedure. Trained professionals should be able to defuse situations or subdue suspects with non-lethal means. But too often suspects are shot and killed for no reason.

Often the excuse given is that the officers were afraid the suspect had a gun. Even the police are afraid because of the prevalence of guns. Anything in the hands of a black man is assumed to be a gun.

The gun violence epidemic in America is not about the Second Amendment or gun ownership rights. It is about domestic terrorism.

The deliberate targeting of synagogues, mosques and Black churches is terrorism. The deliberate killing of people of color is terrorism. It happens because our divided society allows such tragedies to happen. It happened in Buffalo because an angry, racist, white, young man had access to high-capacity, military-style weapons. It is time our elected officials stop ignoring the problem and, in many cases, defending domestic terrorists.

Military-style, semi-automatic assault weapons are not sporting weapons. They are designed and intended to appeal to ignorant, racist, angry, white men.

Three percent of the population owns 50% of the guns. They are the gun manufacturer’s target market.

These weapons, like their military look-alikes, are designed to kill as many people as possible in the shortest amount of time. These weapons have no place on our streets or in our communities, whether they’re carried by civilians or the police.

Killing people has become normalized in our society. We are desensitized to the tragedies occurring around us every day. We are no longer shocked by gun violence. As a society we have normalized violence of all kinds, directed at many people, at home and around the world. We simply don’t care.

So it is not surprising that 198 mass shootings have already occurred this year.

Strong, sensible, comprehensive gun laws are needed. But these laws will not be enough. We have to address all the ways violence is endemic in our society. We have to build a country that truly values civility, tolerance, respect and freedom from violence. We must build a democracy that actually works for everyone. We must build an economy that allows all our people to thrive. We must build a world view that rejects militarism and war.

It should be unacceptable that we have more guns then people. We must stop voting for fake leaders who foster division, fear and hate. We must stop electing those politicians who are afraid of the gun industry or unwilling to end the epidemic of guns in America.

Most people in this country want action on curbing gun violence. Surveys show large majorities want stronger gun laws. We need to change gun laws but we also have to change society. We have to stop enabling more gun violence.