Killing off the middle class 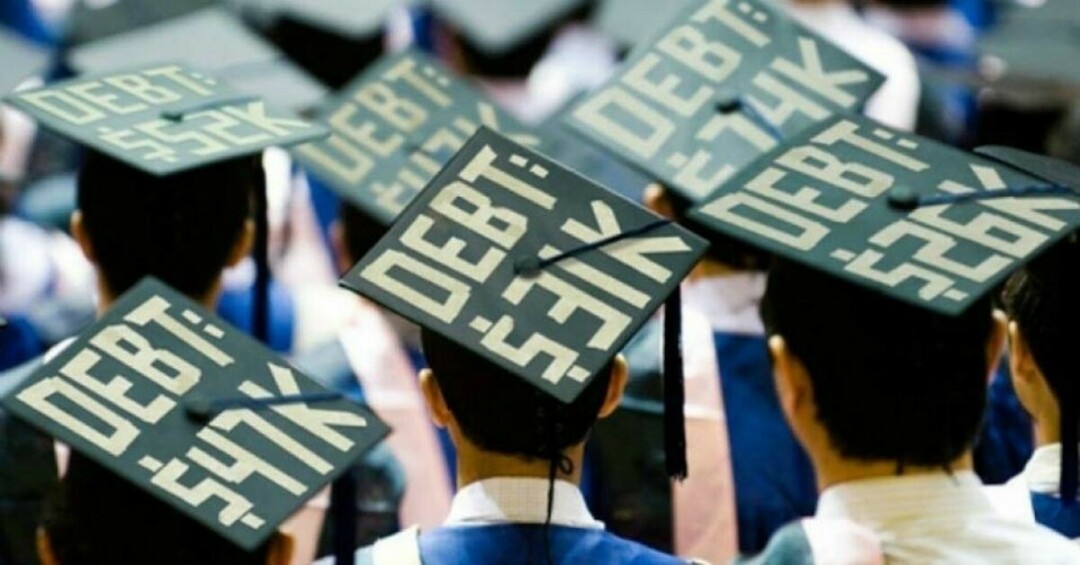 If you want a free university education, why not go to Europe?

Why is President Joe Biden and the White House in some kind of sleep mode? Very little is getting done! We can’t afford to go back to “normal,” Joe!

Why does Bernie have to get on national news programs every Sunday and declare what our real problems are?

Paying off student debt was a big deal during your campaign, along with other progressive goals to bring back a strong middle class. I thought Bernie made big news on Twitter when he wrote to you: “Now cancel the remaining $1,883,214,046,704 for 44,984,000 other Americans who are still drowning in student debt.”

Joe, we claim to be the richest country in the world. Why are we saddling 45 million Americans with mountains of debt?

Legal experts keep telling Joe he can reduce or cancel student debt with his pen without congressional action. Congress is in a stage where they will probably start filibustering naming a U.S. post office after God. We are beyond Manchin “bipartisanship” and the thousands of miles between the “aisles.” It’s something about “power corrupts” and “absolute power corrupts absolutely.”

The student loan program is a disaster happening right now

Because the states have refused to fulfill their responsibility to educate students by adequately funding both public K-12 and higher education while giving big tax breaks to the rich, this whole system will drag student debtors to the middle of an economic maelstrom. Twelve percent of graduates of public four-year colleges and universities still owe more than $40,000. Some are 70 years old. The percentage is much higher for graduates of private colleges.

Nearly half of graduates of for-profit vocational schools are living with high-level debt while working in jobs they haven’t trained for. A shocking 43% of those attending for-profit colleges in 2004 have defaulted on their loans. These students have been lied to constantly.

As an example, Capella University claimed a student could earn a bachelor’s degree in one year! In the real world, only 11% of all higher ed students actually earn a degree in eight years.

While our superrich hide from the virus on their $500 million super-yachts in the Mediterranean or pay $55 million each to Elon Musk to visit the International Space Station, we have a lot of White, Black, Brown and Asian workers and students doing the essential work of society-and trying to move to or stay in the middle class.

The Progressive Caucus put the reasons in a sharp letter to the White House: “The majority of Americans support your taking action; recent polling shows that more than 60% of likely voters support canceling student debt…Canceling student debt is one of the most powerful ways to address racial and economic issues equity issues. The student loan system mirrors many of the inequalities that plague American society and widens the racial wealth gap. Black students in particular borrow more to attend college, borrow more often while they are in school, and have a harder time paying their debt off than their white peers.”

Currently, managers of the debt conclude that at least 7.8 million borrowers are “high risks” for defaulting on their loans.

For those students who have been defrauded by greedy, voracious private vocational schools, colleges and universities (Remember Trump University?), there is some good news. More than 700,000 borrowers have had $17 billion of debts wiped out by the Public Service Loan Forgiveness program, which was designed to catch for-profit fraud. Many for-profits promised good-paying jobs in interesting careers that never happened

Where are 132 million Americans living? In ghettos or on the streets

The National Equity Atlas (NEA), a research organization focusing on racial and economic inequality, has just released a study of the 100 most populous metropolitan areas.
The study indicates the 42 million Blacks living in this country have access to affordable housing in only 7% of the ZIP codes in metro areas.

According to the census, there are 200 million Whites and 132 million Blacks, Latinos, Asians, Native Americans, and “others” living in the U.S. (There are only 34 larger countries in the world than our Black population!)

The majority of ZIP codes available to low-income renters are classified as “low opportunity” because they suffer from low-quality schools, disinvestment, polluted air, streets filled with crime, very few parks and poor-paying jobs.

California had no ZIP codes with affordable housing for low-income renters. That’s just one reason why Los Angeles has more than 60,000 homeless a day on average.

Out of the top 40 developed countries in the world the Divided States of America are in the 38th spot in the ranking for child poverty. Not only are we behind Finland, Denmark, Germany and France, we are also behind Slovenia, Estonia, Russia and Mexico!

One in seven children in the DSA lives in a poor family. Fewer than 10% of adults and fewer than 9% of those 65 and above live in poverty.

Gee, folks, how can that be? The reason is 71% of poor children are Black, Hispanic or Native American. The simple reason is, unlike other mainstream countries, our governments don’t have programs that provide enough money to raise children. Other countries pay living wages, many provide all students with free meals and most have excellent safety nets for working parents.

As an example, 65% of single mothers live in poverty. Economics Professor Hilary Hoynes of the University of California puts it bluntly: “It’s no more complex than we spend less, and so poverty rates are higher among kids.”

The 40 countries in the survey have similar income levels, but other countries offer more family benefits than the DSA. Life can be simple.

The individual states have failed to educate a generation

When “Toolittle” Pawlenty was governor of Minnesota not long ago, Republicans cut higher education to supply tax cuts for the rich – as usual. College tuition was raised so much ordinary families could not afford to send their children to college. No longer could a student work his or her way through college.

As a senior in high school in 1950 I hadn’t thought much about going to college. The football and baseball coaches at Moorhead State Teachers College came down to Little Falls and talked to me while I was working at J.C. Penney Co. They wanted me to play guard in football and pitch in baseball. They convinced me with what they offered and with jobs available in Fargo-Moorhead, I could work my way through college.

Four years later, after playing football and baseball, singing in the choir and being named to Who’s Who in American Colleges and Universities, I graduated without costing my farmer parents a dime. I worked my way through, enjoying every minute.

Biden was elected president because it was an “anyone-but-Trump year.” The Democratic platform was actually written by Senators Elizabeth Warren and Bernie Sanders. They both knew we couldn’t return to the “normal” that Biden talked about.

They are both disappointed in the progress made by Biden and the White House. They are very concerned about the 85 million eligible voters who did not vote in 2020. Democrats have to convince them to go to the polls in 2022 and 2024 to vote for progressive issues.

You can’t get them to vote if you do nothing for them. Canceling all student debt is just one of the answers.

Bernie Sanders was telling the truth in a common dreams statement

“Today in America, an entire generation is burdened with a lifetime of student debt that makes them less likely to buy a home, start a new business or even start a family. There are many thousands of young people who are graduating college with $50,000, $100,000, or even more in debt, and some of them, for financial reasons, weren’t even able to finish the degree.

In the richest country in the history of the world, it is absurd, to say the least, that we have sentenced an entire generation to a lifetime of debt simply for doing what was expected of them-– getting a college education.

It is time to set the reset button. There is $1.8 trillion in student debt owed by more than 46 million Americans – a number that has tripled since 2008, the overwhelming majority of which is owed to the federal government.

I am urging President Biden to do the right thing. To cancel it. All of it.

In the richest country in the history of the world, we should understand that investing in our young people’s education is investing in the future of our nation. It’s not only good for the individual student, but for our entire economy.

We have developed a very warped sense of priorities when some of the wealthiest people and largest corporations in our country pay little or nothing in federal taxes, but we can’t cancel student debt in this country. Every day it becomes more obvious that having 46 million people drowning in $1.8 trillion of student debt is not sustainable.The right thing to do for those people, and for our country, is to cancel it.”

Our democracy is teetering

I have reached the point where I am suggesting to our extended family we should consider packing up and moving to a country that has a functioning democratic government.

We seem to have five political parties fighting for five different goals. We have the Trumplican Party with Dr. QAnon who want a theocracy for Whites and straights only.

We have the McConnell Republican Party bought by the rich and superrich who have only one goal: power over every life in the country.

We have the Biden-Manchin Democratic Party that wants everybody to cut their lawns, act normal and grab their bootstraps and pull up.

We have the Sanders-Warner Progressive Party that supports a mixture of socialism and moral capitalism to serve a diversified society.

And now we have a fifth, the Supreme Court Party, hiding in a monastery led by Archbishop Roberts behind a new fence in the capital, with five other monks mumbling about mysterious drafts – and debating the role of women in a democracy with three liberals.