A weeklong salute to Dylan 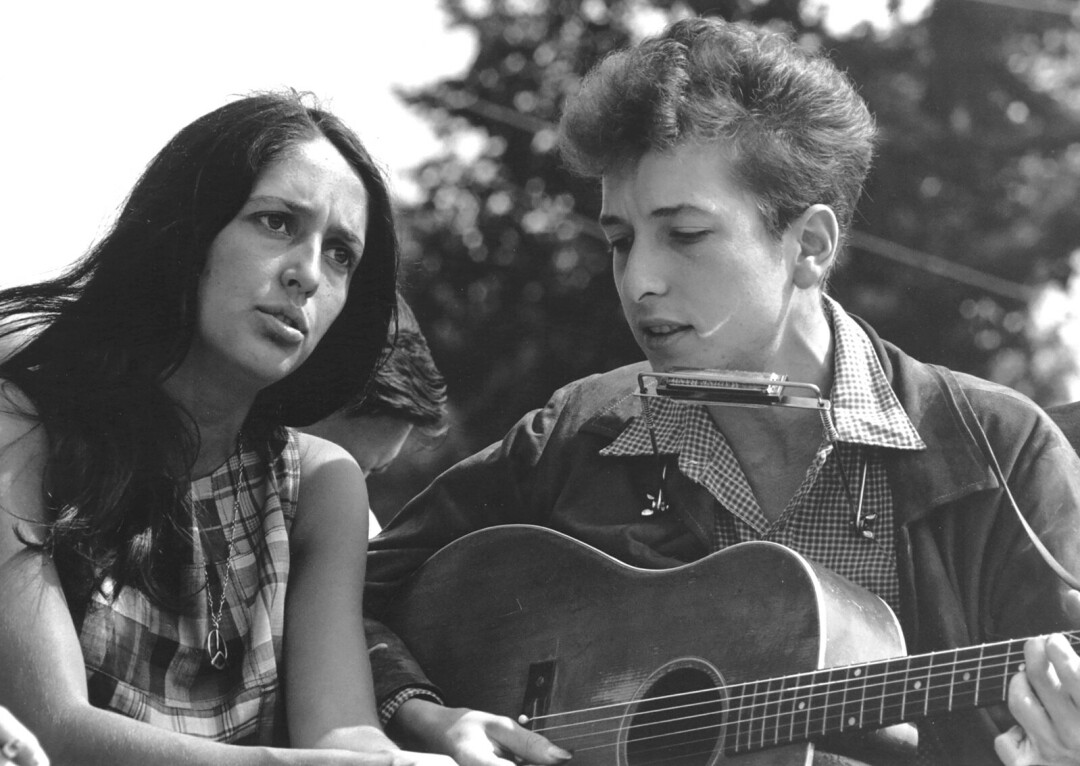 Joan Baez and Bob Dylan at the 1963 Civil Rights March on Washington D.C.

The season of music festivals is now upon us with warmer weather and the outdoor gatherings it allows. After enjoying a successful Homegrown, I am greatly anticipating this year’s Duluth Dylan Fest – May 21-29 – which features both indoor and outdoor events.

The festival caps off the “Year of Dylan” as proclaimed by the St. Louis County Board of Commissioners in honor of his 80th birthday in 2021.

Last year’s DDF was a coming out party for our community and Dylan fans got a hearty helping of their favorite tunes.

That was my first experience of the annual event since returning to Duluth in 2020; but I recall at least one other celebration of Bob Dylan’s birthday. Back in the ‘90s – the “Bobcats” (Don Schraufnagel, among others) put on a Bob Dylan Review at Spirit Mountain, which included an open mic for upcoming acts to display their Dylan chops. Those performances greatly expanded my appreciation for Bob’s evolving talents beyond “Blowing in the Wind.”

The opportunity to hear a range of Dylan tunes at this year’s festival is not to be missed. The Kick Off Party with Cowboy Angel Blue playing the Rex at Fitger’s on Saturday, May 21, 7-10 pm, promises to be an excellent concert, as this small band has honed its Dylan repertoire to a fine and individual sound.

For those who would like to participate and sing along to their favorite Dylan songs, the Sunday afternoon open acoustic jam (no electric instruments allowed!) is on the schedule at EarthRider Brewery’s tent, 2-5 pm. Leslie Black hosts the gig and has produced a Song Booklet with the lyrics and chords for 29 Dylan tunes, which will be provided to participants free while they last.

Since there are various jam groups meeting regularly around the Twin Ports, this may be a more refined show than one might otherwise expect.

There are also online events that put this year’s fest in the “hybrid” category. One I would definitely recommend is Andy and Renee and Hard Rain, a duo based in the Los Angeles area, who will livestream some of their Dylan repertoire on YouTube on Monday evening at 7-8:30 pm.

This duo was in town last year for Dylan’s 80th, with a fabulous concert at Sacred Heart Music Center. Not too many folks were in that audience, unfortunately, but this will be a second chance to enjoy their California-take on Dylan’s portfolio.

Bob’s actual birthday on Tuesday, May 24 should be fun with a noon performance by Greg Tiburzi on the front porch of the Zimmerman family home (when they lived in Duluth) – 519 N. 3rd Ave. E.

The three big draws during the festival will be Thursday’s “Free Wheelin’ Duluth Does Dylan” CD release party under EarthRider’s tent from 6-9 pm, Friday’s Singer-Songwriter Contest and Saturday’s “The Music of Bob Dylan,” both the latter at Sacred Heart. In between, there are other free offerings that include lectures, an iron forging demonstration at the Duluth Armory, a tour of that facility by Mark Poier, a caravan tour of other Dylan sites around town, and miscellaneous celebrations throughout the week.

A reminder to those of us who still listen to the radio: the Highway 61 show on The North, 103.3 FM, Monday and Saturday evenings at 5 pm, will undoubtedly have special programming in light of the week-long celebration of Bob’s birthday, so tune in.

It should be recognized that Dylan Fest is a volunteer-produced event. Kudos to the many devoted fans, especially Zane Bail, who have managed to pull together this tribute to our hometown bard.