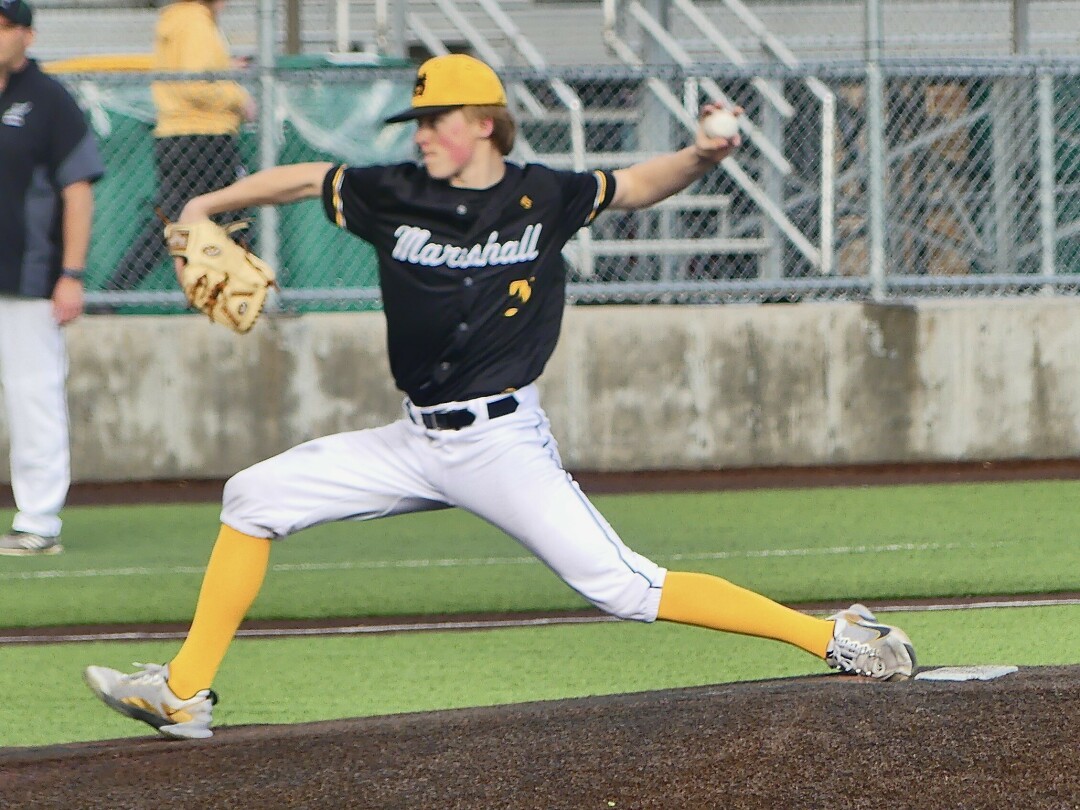 Hockey fans throughout Minnesota might be finding it discouraging to analyze the Minnesota Wild’s Stanley Cup Playoff elimination in six games to the St. Louis Blues, and we’ll get to that. But one of the good things about the playoffs is that if you’re a true fan, there are more games, and more excitement, to pry your interest away from suffering with the Wild.

For example, there are some great concepts in the current conference semifinal matchups. First, I think the St. Louis Blues are good enough, tough enough and deep enough to upset the favored Colorado Rockies and reach the conference finals.

The other West semifinal is a classic all-Alberta series between the Edmonton Oilers and Calgary Flames, which pits a fast and nasty Calgary outfit against the Oilers and their pair of aces in Connor McDavid and Leon Draisaitl.

I’ll pick Edmonton, which had to beat an aroused Los Angeles Kings outfit in an overtime seventh game.

Calgary beat the Dallas Stars, 3-2 in overtime after outshooting the Stars 67-28, but a young goaltender named Jake Oettinger made 64 saves to force overtime. Oettinger is from Lakeville, and he endeared himself to Dallas fans forever by making 17 saves in the first period, 24 in the second, 9 in the third, and 15 in the OT.

Calgary outshot Dallas 26-4 in the second period, but had to go 15:09 into overtime before Johnny Gaudreau scored to end it.

In the East, we have an all-Florida series to rival the all-Alberta series in the West. Maybe you, like me, didn’t pay a lot of attention to the East during this long and often dazzling season by the Wild, but Florida without many household names on the roster, had the most points in the entire NHL, winning the President’s Trophy.

Their reward for winning three straight games to topple the Washington Caps in seven games is to face Tampa Bay, which has won two straight Cups in hand and stayed on course for No. 3 by breaking the hearts of Canadians everywhere by eliminating the Toronto Maple Leafs in six. I’ll pick the no-name Panthers.

The other series features the New York Rangers against the Carolina Hurricanes. The Rangers, another gathering of less-known skaters, stifled Sidney Crosby, Evgeny Malkin and Jake Guentzel and beat the Pittsburgh Penguins in an overtime seventh game.

But I think the Rangers will get blown away, you should pardon the expression, by the Carolina Hurricanes, who overran the Bruins, although it took seven, and an overtime at that, to finish off the Bruins.

I’m taking the Hurricanes, and I think if they face the Panthers in the conference final, it will be two teams that can smother an opponent and leave no room to make plays, let alone score.

That’s what the Blues can do, too, as their series against the Wild proved. In going back over that series, the Blues put two Minnesota-raised defensemen to work in Justin Faulk, who helped UMD win its first NCAA title in 2011, and Scott Perunovich, who not only led the Bulldogs in scoring twice but also led them to their second and third NCAA titles. 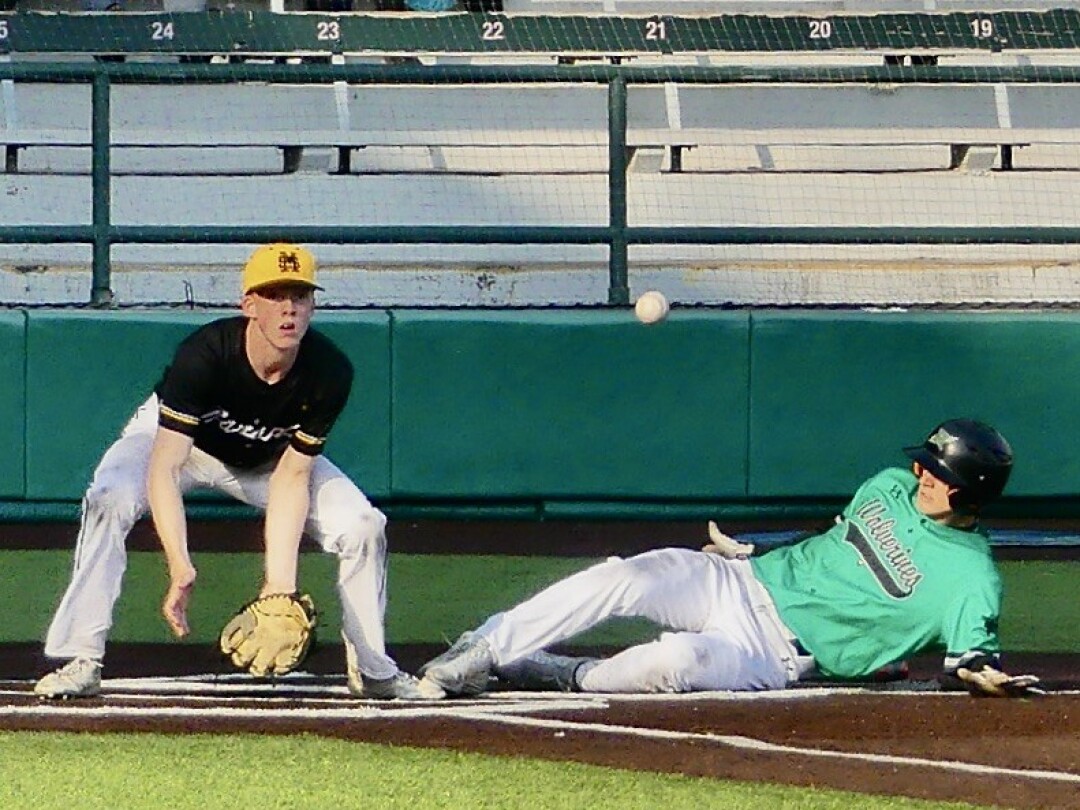 The Wild went down too easy, despite playing really well behind Krill Kaprizov to take a 2-1 lead in games.

In those first two games, the Blues hammered Minnesota’s two top guns, Kaprizov and Kevin Fiala. Kaprizov bounded up and went after his adversary with fire and force, and kept scoring.

Fiala seemed to suddenly decide that it’s no fun to get hit.

Coincidentally, before the playoffs started, a good friend and fellow-hockey media guy and I were discussing the Wild’s chances. I said it took me a long time to appreciate Fiala, who seemed to avoid congestion but repeatedly erupted to score goals. Lots of them. More than he ever has before.

My comment was that the playoffs would be the final test: How would Fiala react when the open spaces disappeared and turned into combat zones?

Unfortunately, the answer was worse than I could have imagined. Fiala repeatedly pulled up short of the action, reaching in tentatively as though he wished he could get a longer stick.

He then became a key detriment to coach Dean Evason’s game plan. He knew Fiala had often looked like a passenger, then erupted to score a goal or two, so he struck with him. He also stuck with him on the power play and killing penalties.

Should we be surprised, then, that the power play and penalty kill looked inept and uncoordinated, exactly what one unaggressive element can cause. Benching him for one period, or one shift, might have snapped Fiala into realizing he was not above a play-of-sit ultimatum.

The goaltending was also curious. It took me quite a while before I realized Cam Talbot could carry the team.

When GM Bill Guerin swung a highly publicized trade to obtain Marc-Andre Fleury as goaltending reinforcement, he played pretty well to the end of the regular season.

Talbot, meanwhile, finished on an amazing 13-0-3 run. I was sure Talbot would start the playoffs, but they chose Fleury. I’m not saying he played poorly, but Fleury kept going back in, for Game 2, 3, 4 and 5. Talbot sat idly on the bench.

When Talbot finally got a chance in Game 6, the whole Wild team looked dispirited and unable, if not unwilling, to show the resilience and determination it would take to play up to Kaprizov’s standard work-ethic.

Possibly the strongest goaltending tandem in the league was reduced to the older guy trying to play five straight games, and the unbeatable regular out of any rhythm to save the day.

Now both of them have been mentioned as dispensable, instead of untouchable, putting them right alongside Fiala, a half-dozen other players, and a coaching braintrust that ignored its fourth line, which was among its strengths down the stretch.

Remember Scott Bjugstad? Big, strong, can skate, and showed better hands and head than any of us appreciated. Could have provided a needed spark at any time in the series, but he inexcusably never dressed for a single game.

OK, let’s leave it at that and enjoy the rest of the playoffs.

We also can get some kicks from baseball, with the Twins offering surprises game after game, and the high schools, which put on spirited shows all over the area.

Same with softball, where I continue to wait for a matchup between Proctor and Superior, which can be the pitching duel of the year.

In baseball, pitching means everything, which is why so many good teams might lose a game by a lopsided score, then win a shutout the following game.

Marshall defeated Rock Ridge last week in an interesting game. loaded with underclassmen, the Hilltoppers came up in the last of the first and got a triple from Mason Boos, who scored on Owen Marshall’s single, and a couple minutes later, Ethen Carlson hit a 2-run single for a 3-0 lead.

Lefthander Owen Marsolek, a ninth-grader with good speed and change-of-speed, blanked the Wolverines until the seventh, when Jalen Lang singled and later came around to score when an erratic throw got past first base. It ended 3-1, and Marsolek gave up no runs, 4 hits, two walks and 10 strikeouts.