A ‘doctor’ of smartphones 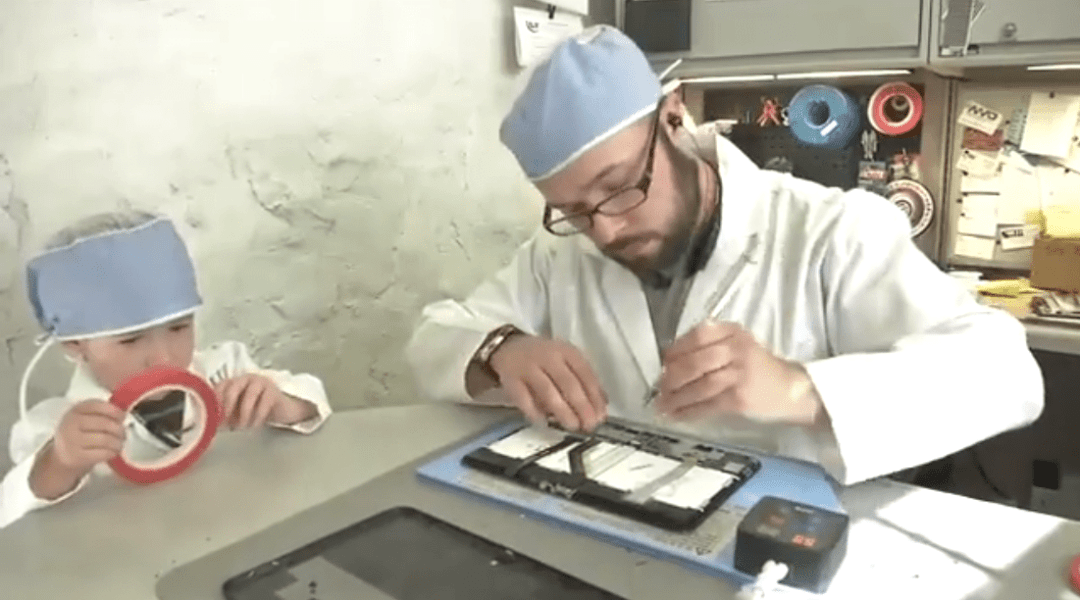 In a TV commercial “Doctor” Colin and his assistant Evan perform “surgery” on a tablet. (From Colin Mackin’s commercial. Used by permission.)

Colin Mackin of Tech Medics is kind of like a doctor for smartphones. Of course, this hospital and doctor analogy was fully intended when Colin named the store (duh).

In fact, he even produced a local TV commercial based on this medical theme. This commercial featured him and a cute little doctor (his son Evan) in lab coats and doctor hats.

At Tech Medics they don’t save human lives, but they extend the life of phones and even resurrect some where the data appeared lost forever. Sometimes customers come in acting like someone’s life is actually at stake.

“That is probably one of the most stressful parts about the business. I’m basically an oncologist for robots,” said Colin. “People have these things that are like appendages. They are always attached to their hand and they run their lives from it.”

Like a doctor Colin must be calm, reassuring, confident and competent.

“So, people when they walk in are typically not in the best mood,” Colin said. “They are in a crisis. I have to be a doctor in the sense that there’s a sort of urgency where things need to get done as quickly as possible.”

Colin runs a kind of “triage” where he assesses the damage and plans a treatment. Here is where the “doctor” analogy breaks down a little.

A human doctor is ethically bound  to keep patients alive regardless of the cost. When an older Samsung breaks, it is sometimes OK to let it “die” (this phone was only “alive” in an anthropomorphic sense, as I hope we all know).

As a phone’s cost goes up, it often makes more sense to fix it. However, sometimes people with cheaper phones get them fixed if they have important data they forgot to back up and need to recover.

Either way, Colin can suggest courses of treatment and the customer can decide whether repair or replacement is appropriate.

Like a doctor, Colin has a variety of simple and more complex tools he uses to perform “surgery” on the phones.

“Some of the tools I use are little screwdrivers, nylon static-free spudge sticks, suction cups and heating pads,” Colin said. “The heat mat is probably the most important part of the whole thing because there are just as many things held together with adhesives as there are by screws.”

One neat tool he has is called a “helping hand.” It has a magnifier and flexible arms with hands to hold the circuit board or whatever, making it easier to solder for example. He also has a USB microscope he can use with his phone, and he sometimes finds a dremel is helpful to sort out knicks and dents in frames.

Colin started his “practice” from scratch and has operated a store in Duluth continuously for more than 10 years. When he started, Duluth native Colin had graduated fairly recently from Lake Superior College and wanted to stay in his hometown and hadn’t found his ideal job yet.

Around that time, he was having a hard time finding clear information on how to jailbreak his iPhone. He wound up paying money online for what seemed like a tool, but actually was just some good instructions.

Then he decided to jailbreak some friends’ phones, for a fee, to recoup some of that cost. Things grew and he moved on from jailbreaks to completely repairing phones in his apartment.

He wasn’t really considering getting a storefront location, until a chance encounter offered the opportunity to sublet a space in West Duluth to him and it sounded good.

About a year later he moved to his current location at 1709 London Road.

Though business ownership is not for everyone, Colin believes many people can achieve it if they are persistent and find a way to gradually build up their business on the side.

“Everyone has some sort of marketable skill or something they can do well,” Colin said. “If they can finesse it right, they can find a way to cut out the middleman of an employer and sell that skill to make money. It is just about knowing your talents and strengths and being able to put yourself out there so that people can take advantage of your knowledge, and you get paid for it.” 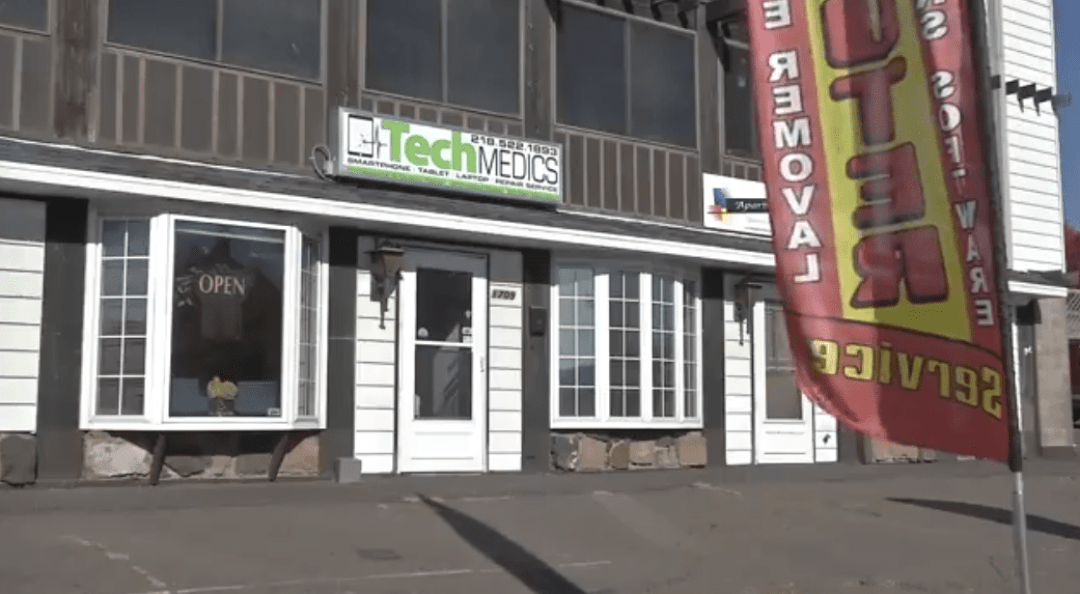