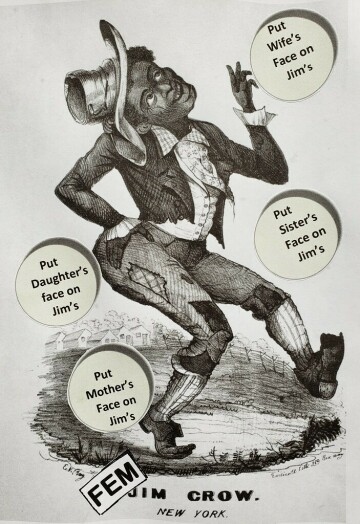 One of the first Republicans I met in Duluth was the pastor of a fundamentalist church who opposed the Equal Rights Amendment. He was the driving force behind his church and when a group of men in the church questioned his finances and management he got a “dictatorship” clause slipped into the church’s rules. It gave him sole power over the congregation’s souls.

It strikes me as a foretaste of Republican politics to come.

The pastor took a shine to a young women in the congregation and made a pass at her which she politely declined. He grew concerned that she might rat him out and took to the pulpit one Sunday to denounce her. He told the congregation that she had attempted to seduce him. A short time later her husband was found swinging by a rope after having committed suicide.

My Mother raised me to be a gentleman practicing such etiquette as walking on the street side of a sidewalk when with women. I would be the one to be splashed by cars on rainy days.

As for sex she raised me to think of my dates as though they were my sister, daughter or mother. Would I want anyone to do to them what I was contemplating with my date.

Such courtly behavior was said to be the mark of a southern gentleman. But it had its limits.

I can’t forget the Southern preacher who opposed integration by explaining that black people had the “mark of Cain” on them. God made them black so plantation owners would know who was suitable to be made a slave.

It was a never-ending Old Testament punishment. Surely Jefferson never meant it when he wrote: “all men are created equal.” And certainly women weren’t men.

It would take a great Civil War to pass our 15th Amendment guaranteeing black men the vote. It would take the South just 10 years of enduring Reconstruction to reimpose “state’s rights” and take away black voting rights. State’s rights is another version of a “dictatorship clause.”

After allowing the South to ignore black voting rights for a century state’s rights lives on today.

Women suffragettes had been lobbying for the vote when black men got it for 10 years.  Women like Susan B. Anthony weren’t happy to be excluded. Women got the last laugh when the 19th amendment was passed in 1920, the year of Duluth’s infamous lynching of innocent black men falsely accused of raping a white woman.

Black men attempting to use the 15th Amendment would be continue being lynched for the next 50 years.

In the 1980s the South found the perfect preacher in radio talk show host Rush Limbaugh. For 30 years Rush had three hours a day to beat his twin drums – minorities and women. Rush’s listeners surrendered their independent thinking to become “dittoheads.”

In 2012 he was to prove that the issue of abortion, as far as men were concerned, had never really been about the sanctity of life.

Limbaugh summed up men’s outrage: “If we are going to pay for your contraceptives, and thus pay for you to have sex, we want something for it, and I’ll tell you what it is. We want you to post the videos online so we can all watch.” Rush added without irony, “It makes her a slut, right?”

It's not always voluntary sex that women are worried about. The most surprising men are capable of attempting rape. One was a Republican nominee for the Supreme Court. But for white supporters he was as innocent as OJ.

Is it any wonder that President Trump awarded the Feminazi warrior Limbaugh the Presidential Medal of Freedom?

The great political success of the South has been two-fold. First, it has been to successfully scare white men about the twin evils of women and minorities.

Secondly, they have successfully obscured Republican responsibility for laws that made it easy to gut American factory jobs and send factories overseas.

The 1876 political deal that allowed the White South to resume slavery by another name was called Jim Crow. It was the stage name of a white performer who painted his face black to make fun of slaves.

Jim Crow laws made the South feel better about losing the War Between the States. Today there’s more crow for America to eat.

The recently leaked memo from Supreme Court Justice Samuel Alito Jr. is a dagger aimed at women, gay marriage and maybe even Brown vs. Topeka Board of Education. After 50 years of women’s choice to control their pregnancies half of America’s states are poised to criminalize the health measure. Laws are being proposed to throw women in prison if they go to other states for abortions. There will be no more “Girls just want to have fun.” We are entering the Fem Crow Era.