The house where Sinclair Lewis lived 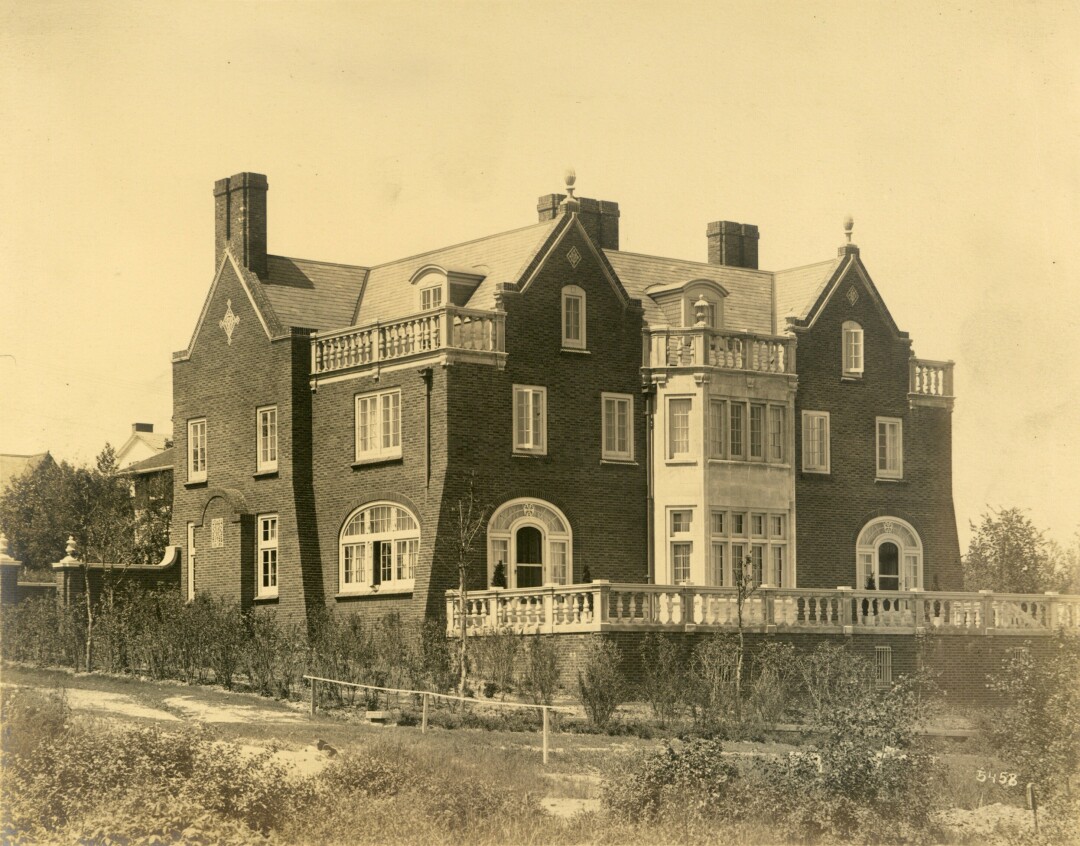 John Griffith Williams was born May 24, 1855, in Carnarvonshire, Wales, to William, a miner, and Annie Williams. He and his family came to this country when he was 14, either in 1869 or 1870, on the SS City of Manchester; departure from Liverpool, England.

The family settled in the Pennsylvania coal region at Neath, where he attended local schools, graduated from high school and had private instruction thereafter.

After graduation, he taught school for a brief time before he went on to study law under the direction of Lieutenant Governor W.T. Davies at Towanda, Pa. He was admitted to the Pennsylvania State Bar Association in 1881.

The then widowed Williams eventually found himself at a boardinghouse, owned and operated by Julia Kiley; born July 2, 1863, in New York to Irish immigrant parents. He married

Kiley in 1901, after the death of her first husband, William Guy Park. Following his death, she operated the boarding house for about five years. Upon their union, Williams adopted Kiley’s daughter, Helen Elizabeth (Park) Williams, Tennant from her first marriage.

Oct. 15, 1889: Williams and five other men met in the law office of Snively & Craig, located in room 301 of the First National Bank in downtown Duluth, to incorporate and establish the Clyde Iron Works Company, which developed the technology to turn iron ore into taconite pellets.

Williams established his own law practice in downtown Duluth in the early 1900s (exactly when is unknown); becoming a prominent attorney, as he practiced in general law.

Throughout his life, he lived near to downtown and walked from his home(s) to his office every day, and stopped for a shave before going to work. He probably rode on the streetcar line that neared his last home, since it was further away and/or during inclement weather.

In 1912, he was elected President of the Minnesota State Bar Association. That same year, he was appointed to the University of Minnesota Board of Regents by Governor Adolph O. Eberhart in December of 1912. He was subsequently reappointed for six-year terms, followed in 1918, 1924, 1930 and 1935.

Following their prior engagement, Williams and Craig went into business together and invested in the local dairy farming and agriculture industries, as well as land development. Together, they established the Jean Du Luth Company, originally known as Homecroft Park (also referred to as Homecroft City and Homecroft Society of Duluth); then, a suburban garden community in rural northeastern Duluth. One acre plots of land were sold by the real estate firm of W. M. Prindle & Co., with as little as $1 down to secure financing.

Williams and Craig also formed the Jean Duluth Stock Farm, which encompassed more than 4,000 acres, the largest agricultural farm in the area.

Their company also had connections with the Guernsey Breeders Association.

Williams’ community service and civic interests included being a member of the Chamber of Commerce, City Charter Commission and the Kitchi Gammi Club. He was definitely a dynamic character with myriad interests, and as such, his wealth allowed for a gracious residence to be erected in the Congdon Park neighborhood.

One of the premier architects of the era, Chicago and Boston architect Frederick Wainwright Perkins, was chosen to design the mansion. Built between 1913 to 1914 at an unknown cost, the house exemplifies an English Revival style.

Most intriguing is the concave northwest façade, which compliments the curved brick herringbone driveway. Elizabethan style parapet gables dominate almost every side, except the concave side. Albeit somewhat hidden under the eaves are rafter tails; not typically associated with this style of architecture.

The exterior was constructed mainly of brick, laid in the Flemish bond pattern. Limestone accents can be seen around the house; mainly the enclosed brick retaining wall, keystones, balustrades and trapezoidal bay of windows at the south-facing façade. Arched and segmental windows, as well as elongated rectangular windows allow for plenty of natural light to flood the interior.

The house was constructed with some of the finest materials available at the time, and used the best engineering to include steel I-beams.

After the property was sold out of the Williams family by descendants, Dr. Edward Edwin Webber, owner of Webber Hospital of West Duluth, and physician for the Duluth Mesabi & Northern Railway (DM&NR), which became the Duluth Mesabi & Iron Range Railway (DM&IR), purchased the property after Williams’ death on Aug. 28, 1937, aged 82. Julia preceded him on July, 6, 1935, aged 72.

Both were interred at the family plot in Forest Hill Cemetery.

Following the sale from Webber’s ownership in 1943, it was purchased by the acclaimed and renowned Minnesota author, Sinclair Lewis in 1944. He was the first American writer to win a Nobel prize in Literature. He owned the property from 1944 to 1946.

After publication, many critics considered it to be “an enlarged and updated version of Zenith.” Lewis sold the property to the Dominican Nuns, who used the house as a convent from 1951 to 1992.

Since then, the storied property has had a couple of owners who have been good stewards. In recent years, the house was used for scenes in two short films, The Plan and The Deft.

The landmark house is one of several homes designed by Perkins.