My (not so) theoretical campaign 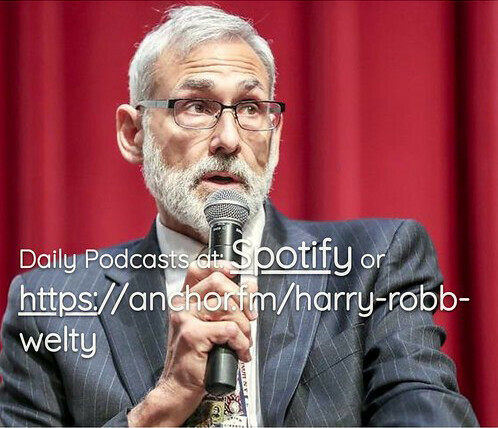 When I was 10 I watched a TV western about an upstart kid who wanted to marry the daughter of a small town’s mayor. The mayor was agin’ it. The kid had no money. But the wily upstart made a bet with his would-be father-in-law. If he started the day without a single possession to his name and failed to raise $500 by day’s end he’d leave town; but, if he secured the money he could marry his sweetheart.

Seeing an easy way to get rid of the kid, the mayor shook on the deal. Then the kid started stripping his clothes off.

The startled mayor asked what the hell the kid was doing. “I said I’d start with nothing,” the kid explained. “Of course, everyone knows I’m sweet on your girl so my walking around stark naked will embarrass your family. But,” he added with a wink, “if you give me $500 I could buy some respectable cloths and spare you some embarrassment.”

Of course, the screenwriters made sure the upstart got his $500 and the girl by show’s end.

I liked that story. It appeals to me all the more as I consider the million dollars of dark money that Congressman Pete Stauber is starting with and the $2,000 my wife is willing to let me spend.

Half of mine is gone already. Poor Pete.

Like that upstart I’ve been stripping naked for the readers of The Reader for 20 years, since I wrote "Monkeyworms," the column I brought back last week.

I’ve also been aiming at Congress. I started by running against a competent Democrat who brought millions of federal dollars home to the Eighth District. Then I ran against Pete twice for holding Donald Trump’s purple Kool-Aid cups. Now I’m running against Pete for swallowing.

When powerful people commit an outrage I speak up. I did it when the Duluth School Board denied voters a referendum on the Red Plan as though they were Texas Legislator’s hiding ballot boxes from black voters.

When Trump raised a mob to overturn a presidential election, my fury could not be contained.

I won’t be an official candidate until I file for office between May 17 and May 30. I’ll need to get the signatures of 1,000 patriots during those two weeks. Anyone wanting to help me gather signatures will find petitions at my front and back doors. I’ll drop them off or mail them to anyone who emails me at: harrywelty@gmail.com.

I’ve put an online campaign together that doesn’t depend on millions from from anonymous billionaires. My 14-year-old grandson taught me how to podcast. I’ve already uploaded broadcasts for 20 days straight on Spotify. To listen go to weltyforcongress.com.

You will see the same handsome fellow with a microphone in his hands that you see above this column. Press the “Spotify” on his chest and you will get an earful. My sister who, won a state championship in speech, listened to it and told me that Sympathy for a Mass Murderer was great. I hate listening to myself so I keep my podcasts mercifully brief and to the point.

My Reader columns will come to an end when I’m a candidate. It’s longstanding Reader policy. Once they disappear I’ll try to rustle up enough money to put a little ad on my page 11 to let readers know where they can read that week’s column online. I hope it doesn’t cost too much. I haven’t saved much from my writing for the Reader. (That’s a joke, Bob!)

And my wife Claudia won’t get off cheap. I’ll be taking our only car across one of the biggest Congressional Districts in the nation, so she’ll need to buy a second car.

It's not fair for her to have to put up with my 20th campaign. They’ve been tough on my family.

When I finally won a school board race after four tries my daughter was asked how she felt. She said that for once she wouldn’t need to wear a paper bag over her head in school.

At least my children never had a Dad who supports treason.

I don’t envy Pete. He got fewer votes than the Democratic candidate did in 2020’s primary and this time I’m gunning for him. If I can persuade Independents to take advantage of their right to vote for a patriot in the Republican primary and if Democrats vote for me to give their Democrat an easier Republican to beat and if the 10 percent of Republicans who are quietly appalled by the Trump cult vote for me Pete’s million will do him little good.

And I expect some help from young voters who are watching the green Earth inherited by Baby Boomers turn to ashen waste. I knocked on 1,250 UMD dorm rooms recently and got rave reviews about my environmental stand. Like my Reader columns it ended: