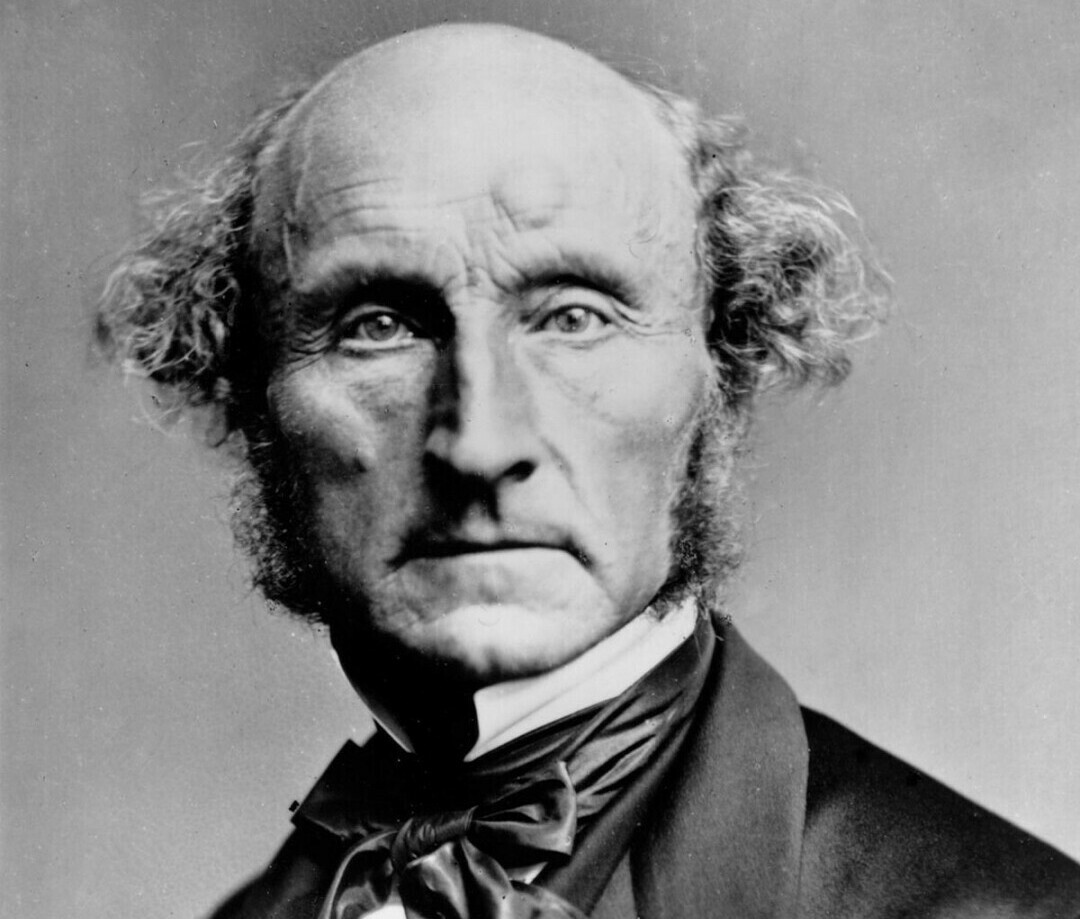 How can we know democracy when we have never experienced it?

Some Americans have said we had democracy when one rich man wrote that all men were “created equal and endowed by their Creator with certain unalienable rights.”

Evidently he didn’t mean women at all – or slaves who were only three-fifths of a man. A century and a half ago we killed 750,000 in a civil war and didn’t get an answer about democracy then – and we are still killing each other today to get an answer.

We had many forces in this country who didn’t want every citizen to be equal to other Homo sapiens, whether sunburned or not. White women were beaten and jailed before getting the vote. Black men and women were lynched by White men in white robes by blazing Christian crosses or in public parks on Saturday afternoons to keep them out of voting booths. These are critical race facts.

Thousands of philosophers, free thinkers, politicians and writers have tried to define what democracy is.

Perhaps the simplest definition was written by an anonymous contributor: “Democracy is a form of government where people have authority to deliberate and decide legislation, or choose officials to do so. This is representative democracy.”

Perhaps the most accurate definition was written by John Stuart Mill, a 19th century English philosopher, in his world-famous essay “On Liberty,” which is studied in schools at several levels: “The sole end for which mankind are warranted, individually or collectively, in interfering with the liberty of action of any of their number is self-protection…The only purpose for which power can be rightfully exercised over any member of a civilized community, against his will, is to prevent harm to others. His own good, either physical or moral, is not a sufficient warrant.”

He emphasized that the liberty of thought and discussion by both men and women were crucial to democratic government. He added that Europe and the United States was still very incomplete in the search for representative democracy. This definition came from a member of a civilized society and perhaps the best educated philosopher who never went to school.

Mill’s father was a journalist who associated with some of the most brilliant and intellectual men and women in England. John Stuart was the oldest of nine children. His father was determined that all of his children would be educated to become part of that group. Consequently, John and his brothers and sisters were all home-schooled by the father and various “teachers” skilled in languages and history.

John realized later in life he never had a childhood. He began to learn Greek at three, accomplished Latin by eight, and by 12 had mastered the material taught at Oxford and Cambridge for a university degree in the classics. After the classics, he studied logic, mathematics and political science.

Meantime, he was welcome to participate in discussions with his father’s adult friends such as Jeremy Bentham, known for his liberal views and democratic ideas.

At the young age of 17 he began work as a clerk at the British East India Trading Company and worked for 35 years, rising to a very important position as the Examiner.

He continued his close relationships with the brightest and best-educated in England. At age 25 he met Harriet Taylor, a married woman who challenged his ideas. They maintained a close relationship for 20 years and married in 1851 after her husband had died.

Jeremy Bentham was the first Englishmen to recognize women were certainly equal to men. Harriet proved it to Mill.

One might think that after the experiences of 1619, 1776, 1865 and 1965 that every citizen in the richest democracy in the world would possess the four freedoms addressed by Franklin Delano Roosevelt on Jan. 6, 1941: freedom of speech and worship and freedom from want and fear.

Notice the date. Just exactly 80 years later we had an insurrection led by the president of the United States. We need to study why it happened.

It’s because we have not even reach-ed the level of being a representative democracy. Many citizens are not represented at all. We have not earned the title of democracy yet.

Every citizen does not have a strong public school or affordable college, adequate universal health care, a safe, comfortable place to live, reliable transportation, and access to healthy affordable food. We have hundreds of thousands sleeping in shelters, under bridges, on sidewalks, and in tents and old RVs near parks. We have millions going hungry every day while working minimum wage jobs. Who represents them?

Most religions are pro-segregation, anti-LBGTQ+, anti-abortion and anti-democratic

What if God is non-binary; that is, neither male nor female?

After checking us out in the womb, God allows some babies to be born with the private parts of both. Are we making a mistake by removing one set? I guess that calls for another perspective.

I have noticed lately that some writers are leaving out the word “Christian” when writing about White evangelicals who support Trumpism. Is it because they voted for a narcissistic sociopath for president who has been a sex-mongering racist for all of his public years?

Instead of worshipping and obeying the values taught by Jesus Christ, they genuflect to QAnon conspiracies and the “Big Lie.”

Pastor Gene Bailey of Eagle Mountain Church typifies the response of Trump lovers to the “illegitimate” president Joe Biden while preaching to thousands: “There’s one thing I know for sure: President Joe Biden belongs in prison for treason and a demonic agenda.”

Salvation and sinning used to be the dominant topics from White Christian evangelical pulpits before a deal was made to promote pro-life, 2nd Amendment gunners and anti-gay judges transforming the federal court system and the Supreme Court into just another political power.

Six out of 10 White evangelicals believe Biden (who has never believed in anything except re-election) stole the 2020 election, compared to 37% of White Christians from mainline churches.

Seventy-eight percent of White evangelicals say “America is in danger of losing its culture and identity” and White people are entitled to rule, no matter what.

The problem is our so-called democracy is made up of many fascinating colors. Even White evangelical leaders such as Jerry Falwell of the Moral Majority said the organization was anti-abortion and anti-LBGTQ+ when it was actually just another racist group of Whites.

Remember: When Falwell started Lynchburg Christian School, now called Liberty University, he barred all Blacks from attending his segregated school. One could call that undemocratic. It merely emphasizes that America has never attained the level of democracy described by Mill in “On Liberty.”

White evangelicals are Trump’s strongest base of support because they have dropped all pretense of being a Christian organization. It preaches White supremacy while wearing a very dirty White collar.

Remember: Jerry Falwell, Jr. blocked a condemnation of White supremacy drafted by a few Liberty University students and said the neo-Nazis of Charlottesville were “very fine people.” Poor Jerry, Jr. ended up being another White evangelical who couldn’t keep his pants on.

What kind of man watches his wife have sex over a period of seven years with a young business partner?
In case you think I’ve forgotten about the Vatican

What a mess the old men in the Vatican have made of things, particularly when for 2,000 years have denied to take sex advice from equal old women such as their mothers and other women who could have replaced them in the pulpit and in the College of Cardinals.

Women might have exchanged cogent information with them about celibacy and other crazy rules about pre-marital sex and contraceptives. Even many Catholic bishops in Pope Benedict’s Germany have accepted the LBGTQ+ community and same-sex marriage as young people have emptied Catholic pews in Europe and the Divided States of America by the millions. They have threatened to leave the chains and Inquisition stakes to the Vatican and take a different road to salvation.

When I want to know what the Vatican is up or down to, I read essays and books by Fintan O’Toole, an Irish writer who has carefully tracked the demise of the Roman Catholic Church in Ireland, at one time considered to be the most Catholic country in the world. O’Toole has a new book out titled We Don’t Know Ourselves: A Personal History of Modern Island. He has written many articles and essays published in The New York Review of Books.

Ireland now has a same-sex-married prime minister who presides over a parliament that has approved abortion for Irish girls and women who used to be sent to the horrible Magdalene Laundries run by Catholic nuns and priests. Pregnant females no longer have to travel to England for abortions.

If you like horror stories, read the history of the laundries where young pregnant girls sentenced to them were warned never to walk the halls alone so they could avoid sexy priests.

The Irish “intrinsically disordered” LBGTQ+ community is no longer going to hell. It has been welcomed in most of Ireland. The autocracy of the Vatican has been replaced by the almost democratic government of a “new” Ireland. It hasn’t reached Mill’s idea of a democracy yet, but it has made a fine start. It certainly matches many European and Scandinavian countries.

O’Toole was born into a working-class family in Dublin in 1958. His father drove a bus and his mother cleaned offices. He is a student of Irish history and sprinkles his books and essays with amusing, quirky stories about bishops, priests and other characters. There’s the one about the censoring archbishop of Dublin who kept a telescope and magnifying glasses in his official residence to check the ads about women’s underwear “to see if it was possible to see public hair and the mons veneris.”

He tells another about the very religious Bishop of Cork who demanded that Catholics during Lent eat only one meal and two biscuits (cookies) per day. He didn’t say how large the biscuits could be, so local bakers baked huge ones for the joy of the locals! Another defeat for the autocrats!

Black Archbishop Desmond Tutu of the Anglican Church died at age 90 after surviving the various levels of Dante’s hell in White South Africa. His famous quote about people who suffered in life tells us he believed in finding out why democracy didn’t work: “There comes a point where we need to stop pulling people out of the river, We need to go upstream and find out why they’re falling in.”

He later added some other pithy comments about religion: “I would refuse to go to a homophobic heaven. No, I would say sorry, I mean I would much rather go to the other place. I would not worship a God who is homophobic and that is how deeply I feel about this. I am as passionate about this campaign as I ever was about apartheid. For me it’s at the same level.”

He said this at a rally of the LBGTQ+ community in Cape Town when homosexuality was still a crime in 38 African countries. He was the leader of a UN-backed campaign to promote gay rights. He was no Pope Francis who just hinted he did not want to judge.