Truth and consequences in education 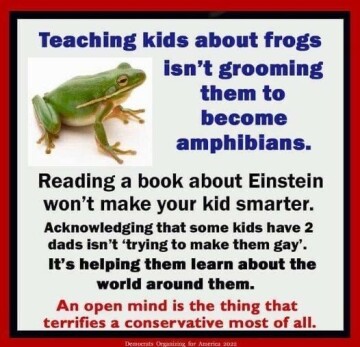 “If you think education is expensive consider the cost of ignorance,” unknown

It is well known that an educated, well-informed electorate is necessary to a well-functioning democracy. Citizens need to have accurate information on issues.

But they also need to have more than data and more than competing arguments or opinions They need context. They need understanding and not just sound bites. They need some basis for sorting through the lies, spin, attack ads and fake news.

In last week’s Reader Harry Drabik talked about what he called “scrap news.” This insightful phrase identifies a big problem with the corporate, for-profit news media and explains why so many people have inadequate knowledge on issues. People are fed scraps with no depth, detail or perspective. He says too often people take “the easy route in presenting a scrap of the whole because the system thrives on entertainment and selling stuff” (“Once Upon A Whatever,” April 21, 2022).

I would add that the purveyors of “scrap news” and the “scrap-based political actors” lead us astray because of the mediocre and limited depth of their and our understanding of the world.

Politicians and ruling elites have always manipulated the truth, and people’s fears and ignorance, to maintain their power. But the normal lying, political spin and cherry picking of facts is increasingly outrageous. Plus the consequences are becoming more serious.

We can’t lie, or spin, our way out of climate change, environmental destruction, increasing economic inequality, or another senseless war threatening humanity.

More than ever we need wise leaders making decisions based on the best available information. We need a well-informed public ready and capable to responding intelligently and creatively to the many problems.

Instead we are battling divisive, senseless attacks on schools, education and teaching of subjects the right wing find “uncomfortable.”

Apparently Republicans are afraid students might be asked to solve “inequalities” or study “binomial differentiation” and other pernicious “liberal” indoctrination.

As Trevor Noah on the Daily Show quipped, “If you think Florida is overreacting now, just wait until they find out that math can be non-binary.”

Similar battles are happening about teaching race, gender, sexual orientation, evolution and American history. And these are just as ludicrous. The Republican extremists should be laughed or ridiculed off the political stage.

There is a school district in Ohio that banned a children’s book because it had rainbow colors on the cover. The book was about a unicorn who thought he was a horse. A parent complained that was intended to “recruit kids to become gay.”

One wonders if The Ugly Duckling or the My Little Ponies series would survive this ridiculous censorship. This is too bizarre to make up.

As quoted above, teaching kids about the real world is not “grooming” them for some nefarious lifestyle or political indoctrination. It is helping them learn about the world around them in all its diversity and complexity. This is the essence of education.

Teaching about what really happened in American history is the biggest recent bugaboo. Teaching the truth about racism, discrimination and violence toward minorities and ethnic groups is anathema for the right wing.

This is not surprising given their support for racist policies, opposition to school desegregation (many schools – north and south – are still highly segregated) and equal rights for minorities and women.

Christiane Calixte is a junior in high school in Brooklyn, N.Y. She had an article in the Washington Post about critical race theory, or CRT, (“Take it from a high schooler who’s actually learned about CRT: Adults need to chill out,” Jan. 14, 2022). We need to listen to her wisdom.

“The retaliation against CRT shows that parents have no idea what students are learning – and that their protests are less about education and more about a projection of their own biases and fears.“

She goes on to conclude, “The right to discuss and speak up against discrimination has been long fought for. So please, adults, if you’re listening: Don’t reverse centuries of progress in favor of promoting ignorance. If the goal of schools is to create a well-informed populace, then nuanced discussions of historical racism must be held in classrooms. It is the only way young people will learn to think critically about our country’s institutions, and the only way to create an inclusive America for future generations.”

Republicans have also been proposing legislation to ban books in school libraries. Some are advocating burning some books – a classic fascist tactic.

Texas has a list of 850 offensive books. Most of these book have minority or LGBTQ authors or deal with the life experiences of non-white people. Republicans even ridiculously claim some of these books are “pornographic.”

All this has nothing to do with protecting children, promoting “parental rights,” or preventing political indoctrination in public schools. In fact, Republicans have a history of promoting indoctrination by pushing prayer in schools, requiring the Pledge of Allegiance or requiriing the teaching of “patriotism.”

Republicans are simply using children and their education for political gain. All this is about creating more wedge issues to divide people and pandering to their extreme, easily manipulated base.

The consequences of these political games are very real. Republican policies for schools and education – like for economic, health and other issues – hurt people. Their policies diminish the quality of education.

Children attending integrated schools learn about human differences and are better able to function in the real world. Children exposed to a variety of ideas, cultures, broader experiences and even “uncomfortable” facts are better educated.

The consequences will be more division, anger, hate, and violence. We will all pay the costs of promoting ignorance.