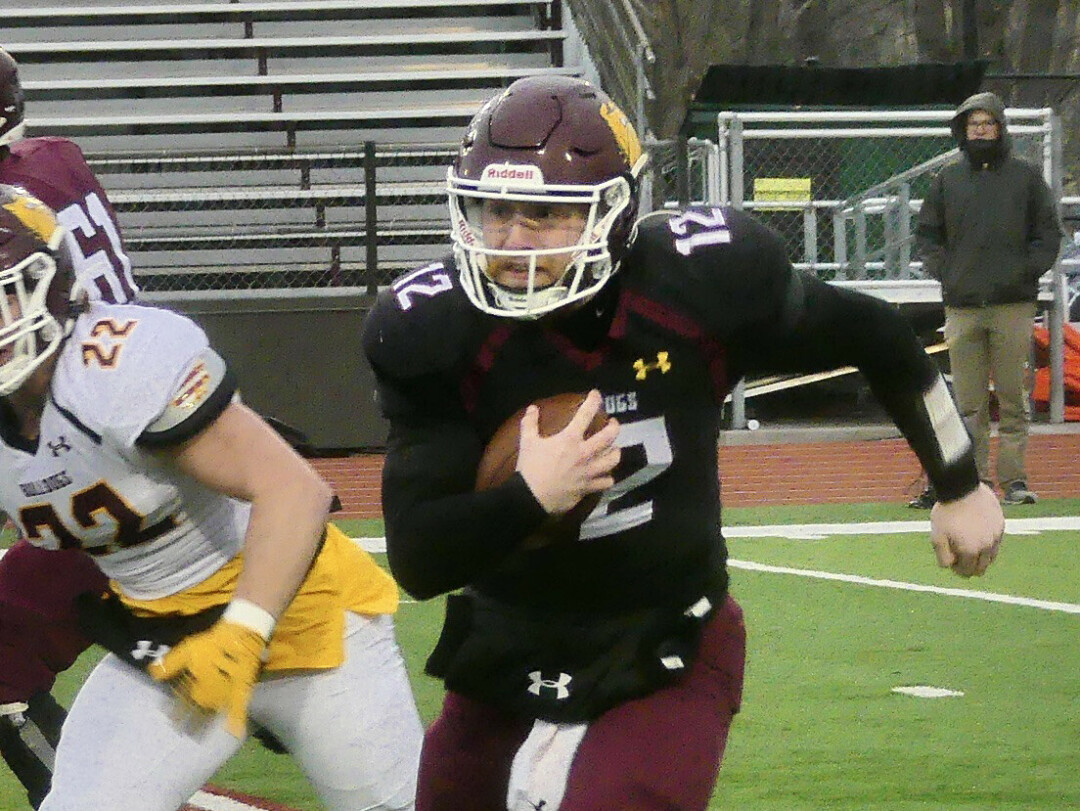 A couple of my most indelible recollections of the years I spent covering the National Hockey League at the Minneapolis Tribune flowed back into my consciousness last week with the sad news that both Guy Lafleur and Mike Bossy had died. They might be the two most-recognized right wings in NHL history, and both died of lung cancer just a couple days apart.

Their careers overlapped, with Lafleur dazzling visitors to the Montreal Forum during a career that spanned from 1971 through 1984.

If you ever saw either one play in person, you can feel the special attraction fans had for both of them.
My first trip to the Montreal Forum was a magical experience. An old arena, maintained with such dedication that it was a virtual hockey museum with the gigantic pictures of Rocket Richard and other legends on the walls. The red and blue paint must have been repainted over and over again, because the railings on the stairs felt soft to the touch.

Fans sitting in the closest seats got to them by walking through the Canadiens bench before the team came out. Then Roger Ducette stepped onto the ice and sang perfect versions of both anthems. I also once heard him sing the USSR anthem, and it was like a hymn.

Those Montreal teams had a first line of Jacques Lemaire centering Steve Shutt and Lafleur, and coach Scotty Bowman undoubtedly left the thinking to Lemaire, who was the brilliant set-up artist whose feed would hit Lafleur’s stick and nothing matched Lafleur at full flight, with his wavy hair, unencumbered by a helmet, would wave in the breeze he created.

In the third period, Lafleur flew down the right side at 1:41 and fired a rocket of a snapshot that glanced in off goaltender Pete LoPresti. Those were Lafleur’s first two goals of the season.

Late in that same notebook, Montreal made a mid-March visit to Metropolitan Sports Center, where Tim Young scored at 0:41 to excite the 9,525 stalwart fans. Pierre Larouche tied it for Montreal at 1:29, and then the incomparable Guy Lafleur scored at 3:09, for his 52nd goal that season, scored again at 7:56 on a quick shot off a pass from behind the net by Yvan Cournoyer, and completed a pure hat trick at 9:19 for his 54th goal of the year in a 5-2 Montreal victory.

Montreal beat Boston in a 6-game Stanley Cup final that year, which I was thrilled to get assigned to cover.

In Game 1, at the Forum, Lafleur tied the game 1-1 on a rebound at 4:31 of the first, assisted Yvon Lambert on the go-ahead goal five minutes later, and fed Lemaire for a second-period shot that Shutt tipped in, as Ken Dryden outduelled Gerry Cheevers for a 4-1 clinching goal.

In Game 2, the teams battled to a 2-2 tie as Bruins coach Don Cherry assigned coverage on Lafleur. It worked, until 13:09 of overtime, when Lafleur got loose up the right side and cranked a snapshot that won the game.

In Game 3, the Bruins blanked Montreal 4-0, and in Game 4, the Bruins won 4-3 in overtime, after Lafleur batted a bouncing puck out of the air and in for the tying goal with 33 seconds remaining in the third period. The Canadiens broke away from the 2-2 standoff in games by winning 4-1 in both Games 5 and 6 to capture the Cup.

When Bossy was drafted by Bill Torrey of the Islanders, he assembled a dynasty, with Al Arbour as coach, the combative Billy Smith in goal, Dennis Potvin who led a defense that also included former UMD and Hill-Murray star Dave Langevin, and a top line featuring Bryan Trottier at center with big Clark Gillies on the left and Mike Bossy on right wing.

That line made magical puck-controlling plays, and because I had just covered Herb Brooks up through his three Gopher NCAA titles and the 1980 U.S. Olympic team’s gold medal, I was fascinated by the freelancing that Trottier and Bossy did on their scoring sorties.

When the Islanders faced the North Stars for the 1981 Stanley Cup, I requested and got permission to do an interview with Bossy and Trottier at their hotel, across the parking lot from Met Center.
The two were not only teammates, but roommates, and the thing I’ll always remember was that they answered politely and in depth every question I asked. That included their freedom to interchange positions, and they said Arbour gave them all strictly disciplined position structure, but he allowed the top line the freedom to improvise.

They did that, with the crafty and hard-nosed Trottier making the plays, mainly to Bossy, who could fly up the wing and score with a big shot or a quick stick at the crease, and it led to those four straight Cups.

Bossy and Trottier agreed that on most nights, their freewheeling plays worked, but on those occasions when it wasn’t working, they could easily fall back into the more structured style and be comfortable that it would work.

But the nugget I will never forget is that along with their great interaction on the ice, off the ice, in their hotel room, while one was answering my question, the other one would seamlessly interrupt to help finish his buddy’s sentence!

Lafleur and Bossy both were heavy smokers, as were most NHL players in those days. They would smoke a cigarette or two between periods. That always bothered me, as a nonsmoker, but it bothers me a lot more now, under the cloud of sadness that covers the whole NHL after Bossy, age 65, and Lafleur, age 70, both died of lung cancer.

Two of the genuinely nicest and soft-spoken guys off the ice, and the purest skating and scoring stars in hockey history on it, both had so much to offer. But they’re gone, way too soon. 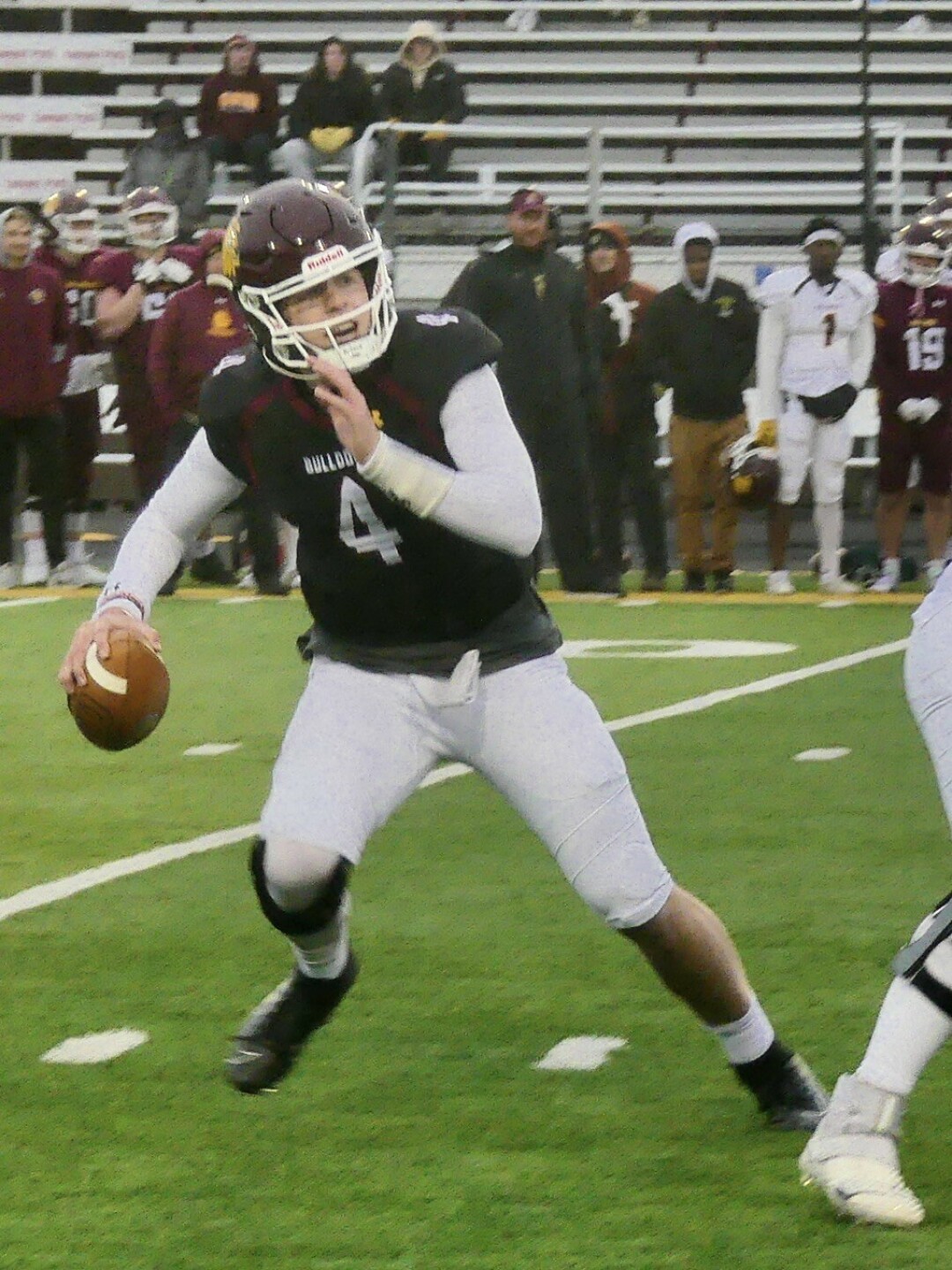 Among the highlights of this long winter’s journey into spring, we have high school and college baseball and softball teams battling freezing temperature and seemingly endless drizzle punctuated by snow flurries.

And we also had UMD’s spring football intrasquad game, with the task this spring being to extract a starting quarterback to fill the team’s biggest void, with the graduation of five-year man John Larson.
It was cold and drizzly and blustery, with a wind that helped decide the 3-0 victory for the Maroons over the Whites. Curtis Cox made a 42-yard field goal with the wind jet-streaming his boot, following one of two interceptions by Jonny Jensen.

The best White chance to tie came on a field goal attempt into the wind – won decisively by the wind.

This week’s TV-watching highlight came Tuesday night, when the Minnesota Timberwolves played Game 5 at Memphis at 6:30 pm, and the Twins, who just moved into first place, played Detroit at Target Field at 6:40 pm, and the Minnesota Wild were facing a huge game against Arizona at Xcel Energy Center in St. Paul, at 7 pm. Talk about calluses on your clicker finger!

The Wild finish the regular season at home against Calgary on Friday and against Colorado on Saturday – two tough games as the Wild seek to outpoint first-round playoff rival St. Louis for home-ice in their series. That’s why the Arizona game was so big, because right after it, the Blues faced Colorado in their half of the chase for points. If the Wild make it, a large dose of gratitude has to come from reviewing Sunday’s game at Nashville, where the Predators and a weirdly favorite officiating crew helped force overtime.

As the 5-minute sudden-death period raced along, the Wild’s star offensive guys – Kirill Kaprizov and Kevin Fiala – had both had their chances and the game appeared headed for a shootout.

But as the final seconds ticked away, Joel Eriksson Ek made one of the most impressive plays of the entire season. He had the puck swiped along the left boards, but reacted quickly to reswipe it and battled past the Predator to reach the blue line, where he had another battle as he squeezed up the boards, deftly kicking the puck through the gap and ahead, where he got to it and flipped a perfect feed to the slot, where defenseman Dmitry Kulikov was arriving at full speed.

Kulikov sailed in and fired a shot just inside the left post for a goal – with 1.3 seconds remaining in the overtime session.