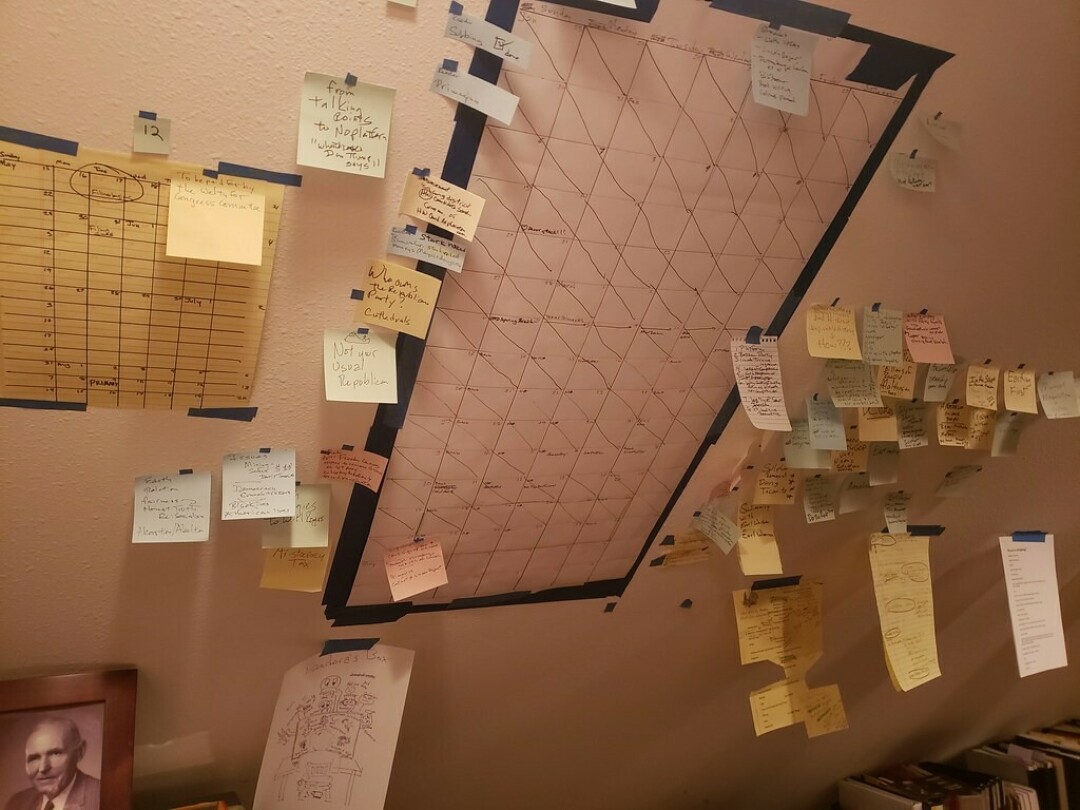 The 2020 primary election results shine up at me like that gold nugget under the American River next to Sutter Mill’s back in 1849.

Pete Stauber is as vulnerable, maybe more so, than the countless moderate Republicans primaried into oblivion by Rush Limbaugh, Dark Money and blue collar rage during the last 30 years.

Pete only got 39,000 votes in the primary. Pete’s unknown Democratic opponent got 46,000 votes. Throw in the 3,000 Harry Welty got without campaigning and Pete would have been toast if the Democrats had voted Republican to stop him from reaching the general election.

This year it could be worse for Pete. Trump was riding high in 2020. But this year 65% of Americans fear for our Democracy after Trump and his January Sixer’s tried to turn America into a Banana Republic.

For five Covid-suppressed years I’ve contemplated a serious campaign against Pete. Minnesota’s “open primary” law makes it very tempting. One-hundred days from now, on Aug. 9, every Minnesota voter will have the right to vote in one party’s primary.

If enough of them wanted to unseat Stauber it would be a piece of cake. I like cake.

Minnesota has a long history of party crossover votes in primaries. Republicans voted in the Democrat primary in 1978, helping to defeat the stronger Democrat candidate so that their Republican could win the general election. Dems voted in the Republican Primary of 1994 to help a moderate Republican governor they greatly preferred over the extremist that was poised to become their next governor.

I could very well be the weaker candidate in this fall’s general election. What self respecting MAGAmind would vote for the liberal Republican who did to Pete Stauber what Limbaugh’s listeners did to countless moderates as they created a GOP that was ripe for Donald Trump?

On the other hand, voters just might prefer me to a spineless, brown-nosing Trumplican who takes credit for all the Biden spending he voted against.

Pete is like all the anti-science, election lie-spewing, global warmth-denying Congressmen who protect the fortunes of super-rich people like the Sackler family. Their opioids killed a quarter million Americans but they are safer here than Mexico’s Narcos. No wonder Putin’s billionaires park their stolen billions in a law-abiding America.

If I did become the Republican candidate in the Primary I’d have a field day. I’d spend my campaign pushing the the lunatic fringe, that Teddy Roosevelt warned us about, back to the fringe where they belong. Somebody better do it before the Republican Party becomes the “Official Monster Raving Loony Party” forevermore.

I’ve been like the Dutch boy with his fingers in a dike for a long time. I predicted a Trump takeover at a GOP convention in 1992. When it finally happened I carved a snarling Trump snow sculpture mowing down a field of mealy-mouthed Republican empty suits.

If I’m a prophet it’s because I know my history and the philosopher Santayana who warned: “Those who ignore the past are condemned to repeat it.”

My role model is Abe Lincoln who got elected in the nastiest election in American history. Southern papers said he was going to legalize intermarriage between the races. (as though plantation owners didn’t breed with their helpless property like rabbits) It was MAGA before Trump.

And Trump has a lot of imitators. Governor candidate Kevin Qualls is warning Minnesota that transsexuals are competing against our daughters. (Give me a break, Iowa! Girls were allowed to wrestle boys 20 years ago!)

Then there’s Florida Governor DeSantis, who is going to war with Disneyland.
My thick skin and scar tissue could make me a very interesting Congressman and Lynne Cheney needs some help.

It remains to be seen if the Democrat’s likely congressional candidate Jen Schultz would be any less invisible as a congressman than she’s been as a state senator. I called and left her an invitation to have a cup of coffee with me a month ago but I guess she’s been busy. I don’t plan to campaign against her should I win the primary. I like Democrats.

This will be my fifth time on the ballot for Congress. I’ve wanted to represent the 8th District in Congress since I was Republican Marnie Luce’s campaign manger. She was the first woman to run for our Congressional seat back in 1982. We were both quietly pro-choice.

I am stiff and sore from door knocking at UMD Saturday night. I did a lot of deep knee bends to slide my card under doors. I’m counting on young people because they believe in education, science and the looming sixth extinction.

My card tells them I am “the Greta Thunberg of the Republican Party.”