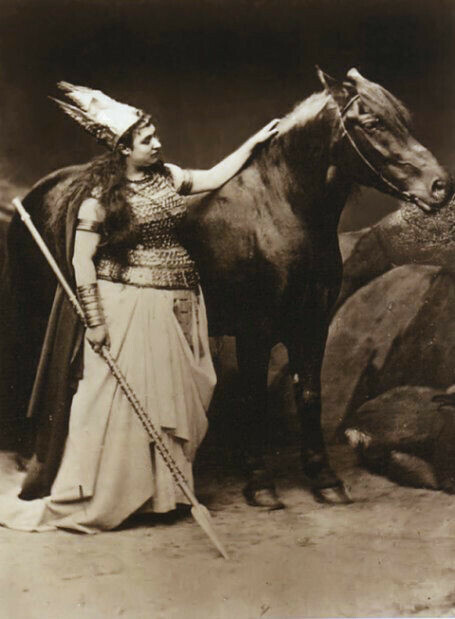 What do Republican and Democratic women stand for?

Have we lost our way? What are the values of a democracy?

In February of 1994, after many years of Russian subjugation, the president of Estonia listed the following values in a speech in Hamburg, Germany: “(The values are) Freedom of every individual, the freedom of the economy and trade, the freedom of the mind, of culture and science, are inseparably connected.”

In broad terms, with the two words “every individual,” he says it all about what a democracy can do for every person.

I think American women of all ages in the 2022 and 2024 elections will decide whether we will have a democracy or a totalitarian country. Many of the key issues affect women more than men: abortion, contraception, health care, child care, universal Pre-K, free speech, voting rights, homosexuality, criminal justice, the LBGTQ+ community, minimum wage, pay equality, college education and gun control, just to name a few.

What happens to families will be the key. There are more women voters than men – and they personally have much more to lose.

Women have demonstrated compassion, collegiality, the art of listening rather than pontificating in leadership positions, whether by inheritance or election. I thought of Queen Elizabeth 1, Catherine the Great, Queen Victoria, Golda Meir, Elizabeth 2, and Margaret Thatcher.

To put it bluntly, Elizabeth 1 was a better leader than all the King Henrys that came before her.

I thought of the major issues facing women while reading Roxanne Salonen’s column “Helen Alvare’ Speaks on History of Sisterhood” in the Fargo Forum. Professor Alvare’ is Professor of Law at the conservative Antonin Scalia Law School at the conservative George Mason University and teaches family law, law and religion, and property law. She also has represented the conservative Conference of Catholic Bishops of the U.S. before legislatures, academic audiences and the media.

While addressing the Fargo Diocese’s “Trusted Sisters” women’s conference, she made statements that certainly presented the views of the Vatican and a majority of bishops around the world. She said that at the beginning of the 20th century women had worthwhile goals “for uplifting women” but when the pill, other contraceptives and abortion came along it “splintered sisterhood.”

But abortion has been around for thousands of herb-and-coat-hanger years, not beginning just in the last century.

Having been around for the last 90 years and a news junkie for 70, I question her statement that feminist “proponents pushed for women to be free of relationships with children and relationships of care, clamoring to be free of the body and all its givens.”

Were many women shouting they didn’t want children and wanted to compete with men at many levels?

Did they hate men?

Alvare’ made this remarkable and untranslatable statement with several obfuscating words: “An unrelenting anger at the opposite sex followed, along with a general presumption of ill will; a hermeneutical of suspicion, and from there, a ranking of the sexes, eliminating the possibility of synergy and complementarity.”

This is Vatican “lawyer talk.” Perhaps the local Catholic bishop can tell me what her message really is with that sentence.

Recent archaeological digs and extensive scientific research, including DNA, have proven that Amazon women were much more than a Greek myth. An article “Amazon Women Did Indeed Fight and Die Like Men” by Simon Worrall for National Geographic opens with a revealing paragraph: “The Amazons got a bum wrap in antiquity. They wore trousers. They smoked pot, covered their skin with tattoos, rode horses and fought as hard as the guys. Legends sprang up like weeds. They cut off their breasts to fire their bows better! They mutilated or killed their boy children! Modern (mostly male) scholars continued the confabulations. The Amazons were hard-core feminists. Man haters. Delinquent mothers. Lesbians.

The research indicates Amazons lived around the Black Sea and traveled east all the way to Mongolia. About one-third of the burial mounds contained bodies of women buried with bows, arrows, quivers, spears, knives, daggers, tools and even war horses. They have wounds on bones and remains that are battle wounds.

Amazons used the Scythian bow, a smaller but very powerful bow. When finished with the day’s fight, they sat around the campfire drinking fermented mare’s milk called kumis, giving them a morning hangover. They also tossed cannabis plants into the fires and got a high from inhaling the smoke. Some Amazons were buried with little pots they used to burn pot.

There is little evidence they were lesbians. They mated with local men, kept females as a result, and gave the males back to the men with whom they had mated. They preferred the sisterhood of women.
Of course, some of them were lesbians, nonbinarys, bisexuals, asexuals, transgenders and other exciting genders, just like all Adams and Eves – and Steves.

So the ancient mythical warrior women named Hippolyta, Antiope and Thessalia who fought Greek heroes Hercules, Theseus and Achilles of the Greek nation really existed after all, and proved themselves more than equal to the men on paths to Mongolia.

Perhaps the greatest Russian leader of them all

When we think of Peter the Great, Czar Nicholas, Lenin, Stalin, Nikita Khruschev, Boris Yeltsin and Vladimir Putin, perhaps Catherine the Great is the best leader of Russia to date.

I wonder if any of the above leaders would have had the courage to do what Catherine did to help the world end the deathly scourge of smallpox that killed 500 million people just in the last 100 years.

Smallpox was lethal when Catherine as leader of Russia volunteered to have herself and family inoculated by smearing pus from an infected person’s skin in a scratch on their arms. She was taking a chance on the work of English doctor Thomas Dimsdale, who came to St. Petersburg to inoculate Catherine and family. She assured him he could escape Russia if she died. She had a yacht he could use to escape certain death!

Peter the Great did a good job in getting Russia to the modern age, but did he do a better job than Catherine the Great would have done? In the case of English governance, would Walter 1 (Raleigh of the cape) do better in leading England for 45 years than Elizabeth 1? Would husband Albert 1 do better than Victoria in 63 years on the throne? Would Phillip 1 do better than Elizabeth 2 in more than 70 years on the throne? English kings averaged about 20 years of power!

During the growth of Israel after the Holocaust, I admired Golda Meir during her five years as prime minister for her guidance of a fledgling country.

Born Golda Mabovitch in Kiev, Ukraine, she grew up in the United States, and later served as Israeli ambassador to the Soviet Union, minister of foreign affairs, minister of labor, minister of internal affairs before her election as prime minister in 1969. She died in 1978.

Her experiences in different areas of government certainly prepared her well for leadership, perhaps better than any male prime minister. She proved to be a tough, confident leader.

Lest we forget: Women have been leading men around and around for centuries

How many readers remember Queen Fredegund and Queen Brunhild who ruled much of Europe for more than 100 years about 1,400 years ago? They were queens and regents of an area covering France, Belgium, the Netherlands, Luxembourg, Germany and large swaths of Switzerland.

According to historians, they “grabbed power and hung on to it; they convinced warriors, landowners and farmers to support them, and enemies to back down.”

Also, please remember, they ruled much longer, like Victoria and the two Elizabeths, than any king and Roman emperor. Maybe it was because the women had just the right amount of testosterone instead of gonads and heads swelling with it.

The pair collaborated with kings in countries around them, concentrated on public works programs at the time and continued to expand their territory.

Queen Brunhild was so popular she ended up a main character named Brunnhilde in Richard Wagner’s famous opera Der Ring des Nibelungen. The singer wore a Viking helmet complete with horns and often carried a shield and spear. Her main role was to carry killed warriors to the paradise of Valhalla for heroes.

At the end of the opera, after placing a body on a funeral pyre, she threw herself on the fire after singing a poignant aria.

“Tis said, this is where the expression about opera “It ain’t over until the fat lady sings!” comes from.

Eleanor was really an assistant President to Franklin

She traveled the country, gave many speeches, hosted radio shows and wrote letters and columns and relayed to FDR what she had learned.

Both were very familiar with New York politics, so when Eleanor suggested that Frances Perkins, the executive secretary of the New York City Consumers League, would make a great Secretary of Labor for his cabinet, he appointed the first women to ever hold a U.S. Cabinet position.

The reforms she was pushing for the state and city of New York became the political platform for the Fair Deal. Her persistence and drive resulted in the following laws that developed a strong middle-class: Social Security, unemployment insurance, abolition of child labor, a minimum wage, the right to join a union, the 40-hour week, and the existence of a weekend for a break for the laborer.

We have to consider that Joe Biden was elected president in 2020 because he wasn’t Donald Trump. Joe had one ambition in life: get elected. He, like Trump, virtually had no political spine or convictions except to agree with those who might get him elected.

Give me two very important laws he played a role in passing in his 36 years in the senate. He’s a follower, not a leader, and his administration shows it.

Joe actually ran on a platform of moral capitalism put together by two senators, Elizabeth Warren and Bernie Sanders.

It’s funny. Here’s another woman named Elizabeth showing what a leader should do: lead. Bernie was a very young 78-year-old curmudgeon who was an absolute Pied Piper in getting young adults to support liberal positions to create a much safer safety net for the “commoners” in society.

Elizabeth, in teaching finance at Harvard, understood what Wall Street and the rich were doing trying to create a plutocracy. In a New York Times article “Democrats Can Avoid Disaster in November,” she lists what the Democrats need to do win the 2022 and 2024 elections.

Another Elizabeth leads Democrats in proposing fair taxes for the rich and corporations – and recognizes that tax havens around the world and the United States, must be closed.

Elizabeth and Bernie are really frustrated with “the world’s most deliberative body” that, in the end, does nothing for working families.

Madeleine Albright, our first women secretary of state: sums it up: “There seems to be room enough in the world for mediocre men, but not for mediocre women.”

Message to the Minnesota Republican Senate: The Second Harvest Heartland food bank served 801,000 Minnesotans in 2021, with 480,000 saying they were “food insecure.” This means an average of eight hungry school kids every day on the average school bus.

What are going to do about it?