Politics of fraud, fear and fascism 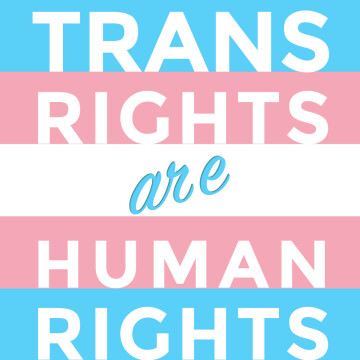 Those who ignore history are doomed to be ignorant

Philosopher George Santayana’s memorable plea,”Those who cannot remember the past are condemned to repeat it” does not describe the position of the Republican Party anymore. It is passing laws in red states to prevent people living in a democracy from learning their history.

Republican politicians push the usual issues that promote division and fear such as religion, abortion, guns and White Lives Matter more. But behind these issues lurks the biggest issue: race. If we don’t teach racial history, our culture, in its ignorance of the most powerful factors in our history, will be doomed.

Ken Burns, in his 40 years of providing dozens of documentaries about our history, knows more than any history professor about how race has dominated our democracy. (Think of his films The Civil War, Jazz, Muhammad Ali, Jackie Robinson and others about American racism.) Burns puts race where it belongs instead of being locked in a cement closet with steel doors: “Race is the central question of the Unites States. It comes from the Three-fifths Compromise (counting slaves as three-fifths persons to ‘boost’ the population of the South). It comes from the fact of the Declaration (of Independence) written by a guy (Jefferson) who said, ‘we hold these truths to be self-evident, that all men are created equal (except slaves),’ and he owned hundreds of human beings in his lifetime (about 600, including his black mistress Sally Hemings) and didn’t see the hypocrisy and the contradiction. This is us.”

Black Lives Mattered then as well as now. Everyone needs Critical Race Facts so we can improve our democracy instead of wallowing in the “mud” of dictatorship. (In the 19th century polite Londoners called the streets “muddy,” combining the horseshit of thousands of horses and the mud of the streets.)

Why did it take 200 attempts and 104 years to pass an anti-lynching bill?

We are now lynching mainly by bullet, but sometimes we drag Blacks behind pickups down asphalt roads. The 6,000 lynchings in the past, mainly by rope, according to President Joe Biden recently, “were pure terror to enforce the lie that, not everyone belongs in America, not everyone is created equal.”

Kamala Harris, the first black vice-president, added this powerful note: “Lynching is not a relic of the past. Racial acts of terror still occur in our nation.”

Postcards of the sadistic violence were often sent cross-country to relatives highlighting hanging, burning, sexual mutilation, removal of limbs and killing of fetuses that took place in parks, drawing thousands on Saturday afternoons.

Autherine Lucy, the first Black to enter the University of Alabama, died on March 2 at age 92. She was 26 years old on her first day of college in 1956, one of 10 children of a sharecropper who made axe handles to supplement his income. (Axe handles that probably ended up cracking black skulls.)
She survived three hate-filled days, dodging rotten eggs, stones and hearing many death threats. She had to be guarded by federals at all times, especially going class to class. She refused to quit, so the university expelled her after the third day of violent protests.

Active in civil rights for years, she married and had children, and became known as a person who loved reading. Thirty-six years after being expelled, the act was rescinded and she earned a Masters Degree in Education at the university in 1992.

At age 89 she was honored with a doctorate. In 2021, in Bibb Graves Hall where she had been egged, stoned and all the Whites had moved out of her classroom row, the building was renamed in her honor.
Graves had been governor of Alabama for two terms – and was also a Grand Cyclops of the Ku Klux Klan. Sometimes it takes 100 years to make a little progress.

Did you know Blacks have thicker skin?

Actually, Black skin is as thick or thin as all other human skins, but White medical students start school with the idea that Black skin is thicker than all others.

Research at Harvard Medical School reveals skin is the same thickness in all colors. There is a persistent rather toxic idea that Black patients are biologically different. There is also a false belief that Blacks are more tolerant of pain. Perhaps this is a carryover from the whip and other punishments from the days of slavery.

The shocking thing is, a woman in America today is 50% more likely to die in childbirth than her own mother! In every corner of America widening inequality is driving a potent increase in maternal mortality.

In rich ZIP codes, Whites live to be 95 on average. In the poorest ZIP codes, mostly Blacks live to be 60. Harvard doctors say racial inequity show up in every dimension of health care.

A team of economists and virus experts have assessed information from 3,000 counties and have determined that COVID-19 has been twice as deadly in poor counties as in wealthy ones. During the big spikes in the virus in the winters of 2020-2021, the poorest counties suffered 4.5 times more deaths than the wealthiest.

The highest death rate among counties occurred in Galax in Virginia where nearly 50% of the population lives below 200% of the poverty line. The county has a death rate of 1,134 per 100,000 people. The average rate in the Divided States of America is 299 per 100,000.

Dr. Jeffrey Sachs of the study writes: “The burden of disease – in terms of deaths, illness and economic costs was born disproportionately by the poor, women, and people of color. The poor were America’s essential workers on the front lines, saving lives and also incurring disease and death.”

When small and large companies hire members of the LBGTQ+ community, support abortion, oppose open-carry gun laws, support voting rights and affirmative action policies, the Republican Party has publicized through Laura Ingraham of Fox Fake News that,”when Republicans, they get back in power, Apple and Disney need to understand one thing: Everything will be on the table. Your copyright trademark protection. Your special status within certain states, And even your corporate structure itself.

The anti-trust division of the Justice needs to begin the process of considering which American companies need to be broken up once and for all for competition’s sake, and ultimately for the good of the consumers who pay the bills.”

According to Trump, McConnell, and Fox Fake News, the only purpose of government is to reward friends and crush political enemies. What have these two companies done wrong? They support gays, hire many as executives and mainline workers and sponsor gay programs.

Apple’s CEO is gay, and Abigail Disney, a very rich member of the Disney clan, is a member of the Patriotic Millionaires club that wants to raise taxes on the rich to eliminate economic inequality.

Republicans are dredging up another culture war issue

At least 31 countries representing more than half of the world’s population have approved same-sex marriage, with many more decriminalizing homosexuality.

Using statistics from experts in the field of gender, the world must have more than 500 million members in the LGBTQ+ community. A recent Gallup Poll revealed 7.1% of U.S. adults self-identify as lesbian, gay, bisexual, transgender, or other than heterosexual. Meanwhile, 86.3% of the population self-identity as straight or heterosexual. The U.S. alone probably has more than 25 million gays.

Some gender experts claim one percent of the population is transgender. We must assume these figures are tentative until more research is done.

When Olympic decathlon champion Bruce Jenner transgendered to Caitlyn Jenner, the eyebrows went way up and the questions flowed without having many answers. Here was a man who won the most difficult physical event in the Olympics, who is now a woman running for governor of California. Not easy to accept for a lot of people.

So White nationalist politicians pounced to develop another prejudice.

The Hippocratic Oath: “I will keep them from harm and injustice”

Among the questions about the use of bathrooms and the threats of assault and lack of privacy, lurks the physical differences.

Should transgender girls be allowed to participate in girls’ sports? How much testosterone is “reasonable?”

Male puberty gives “them” physical strength that provides a tremendous competitive advantage. Some female competitors don’t like to compete with transgendered, while some don’t mind at all.

When should schools start to teach children about gender identity?

Remember, we have two-year-old boys who want to be girls – and vice-versa. Does every student have to know about all the transgendered in a school?

These questions are like landmines in red and blue states. We are still at a point where public opinion and ignorance about transgender rights is more conservative than it is on same-sex marriage. So ruthless Republican politicians triple jump to use the ignorance of the general public about gender in their campaigns.

Red states have passed the following legislation so far:

1. Banned instruction about sexual orientation or gender identity from kindergarten through third grade, and prohibitively limited what can be discussed and taught in upper grades.
2. Banned gender-affirming treatments such as surgery, hormones and speech therapy for transgender children.
3. Passed laws requiring the state to investigate parents for child abuse in gender cases. One state threatens doctors and nurses with up to 10-year prison sentences for advising transgender students,
4, Passed laws restricting girls from playing female sports if they are transgender,
5. A few states have recognized “conversion therapy” as an approved treatment for anyone who admits he’s gay. Medical authorities have urged all jurisdictions to ban it.

Most of the 74 million who voted for Trump in 2020 are anti-science, anti-LBGTQ+ and pro-QNon.
There are 22 million Americans working in health care who support science and the LBGTQ+ community because homosexuality exists in human, animal and other species. The following American Academies support and care for the LBGTQ+ community: Family Physicians, Pediatrics, and Obstetricians and Gynecologists, The American College of Physicians, the American Osteopathic Association and the American Psychiatric Association have also signed letters that they oppose any efforts to discriminate against transgender and gender-diverse individuals, and they will “ensure their health needs are met and supported.”

There are about 10 million doctors in these organizations. They represent science, not know-nothing ignorance.