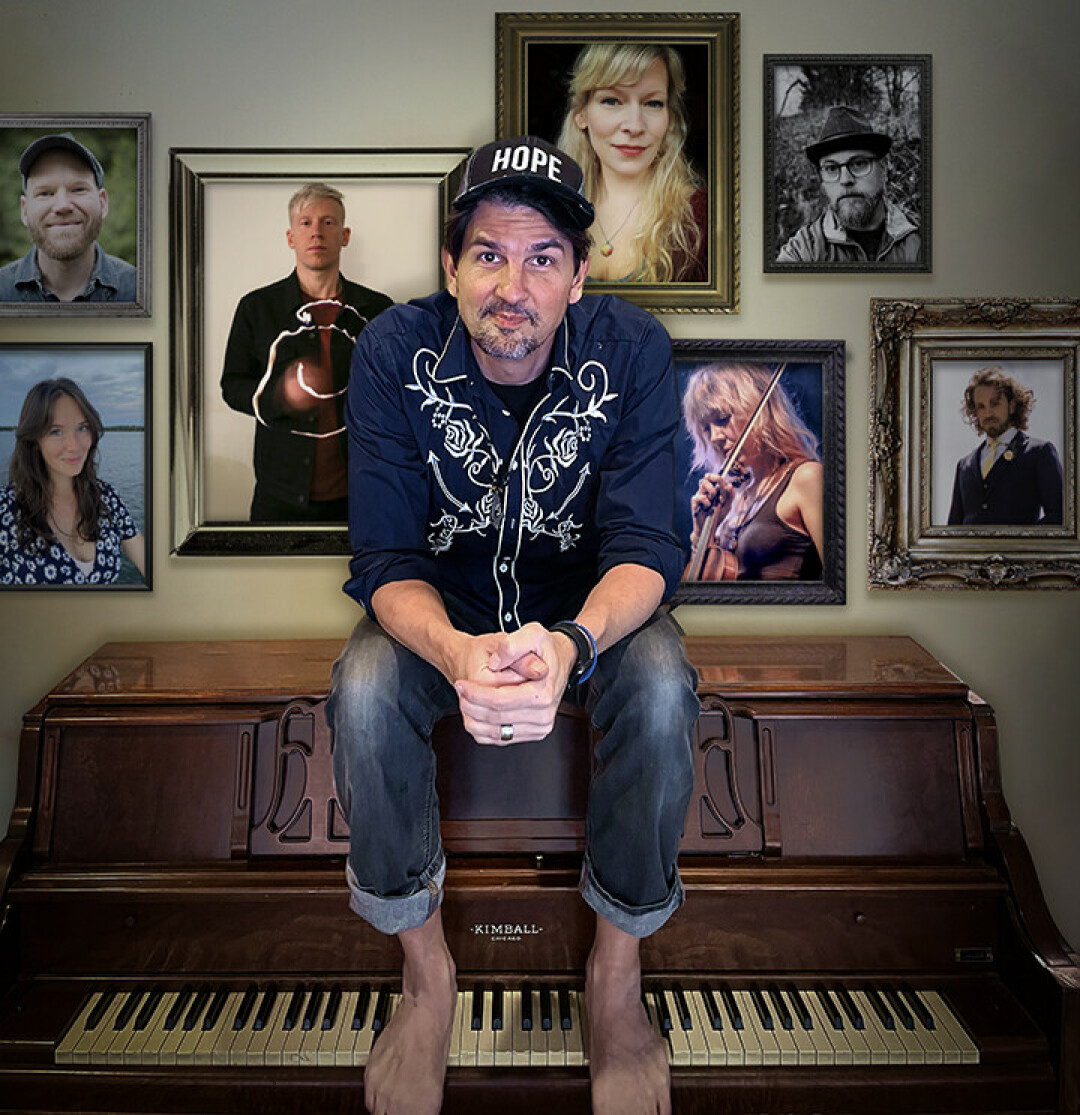 Even though it has a very personal feel, Cloud Cult’s gorgeous new album Metamorphosis has a sprawling, cinematic feel, so it is not surprising that Cloud Cult frontman Craig Minowa is a fan of soundtracks.

Speaking from his studio in Viroqua, Wis., Minowa talked about the metamorphosis the record – the band’s 11th – went through during the pandemic.

“The pandemic allowed it to grow up,” he said. “In the very early days there was a thought to try and make it real a stripped-back singer/songwriter album. I wanted to have an album that I could play on acoustic guitar in the cabin.”

It became something much bigger than that – a collaboration with the Minnesota Symphony at Orchestra Hall in Minneapolis, where the album had its live performance debut on April 1.

“I found out that isn’t very common,” Minowa said of the collaboration with the orchestra.

He said it is Sara Hicks, principal conductor of Live at Orchestra Hall, who conceived of the idea of pairing genres, and as well as working with is indie band, she and the orchestra have collaborated in sold-out performances with Minneapolis jazz trio The New Standards and Minneapolis rapper Dessa.
Minowa said because Cloud Cult has a history of “pretty heavy orchestration through the past albums, it was a dream come true for them to reach out to us.”

While all of that changed the focus of the original acoustic record he had in mind, the subject of the record also morphed from global crises to something much more personal.

“Over the course of the pandemic, recognition came that true global change can’t happen until the collective has gone through individual change,” Minowa said.

It became abundantly clear to even the most casual observer during the Trump years and the pandemic that the collective is so very far away from the necessary change to make that great collective leap forward into a more enlightened future.

So Minowa changed his focus by looking inward at personal change.

“Topics are very much focused on mental health issues that we’re all carrying, from anxiety to addiction, to parenting,” he said.

Which makes it a perfect fit for with the band headlining the 3rd Annual Mental Health Action Concert at the Norshor Theatre on April 20. Sponsored by LetsTalkMN.com, the concert opens with solo artist ELSKA, who, according to a press release is Elsa Lee of Duluth, whose songs are described as a “modern take on the 1960s revolution music.”

Cloud Cult’s music has been described as a spiritual “lifegiving force” and he has described music as medicine and a sacred connection to the divine.

The event is meant to raise awareness for children’s mental health and wellness, as well as draw attention to action items anyone can do to help improve mental health services in the region.

The concert will highlight the LetsTalkMN.com campaign devoted to raising awareness for mental health crisis resources. Representatives from organizations providing mental health services will staff a resource fair between 6 and 7 pm.

All revenues, including proceeds from artwork created during the Cloud Cult performance, will go toward helping Life House – the first transitional living house for homeless youth – develop a recording studio for the youth who benefit from their services. Ticket purchases include an event t-shirt to be picked up the night of the event.

Cloud Cult has long been known for the visual element of their show with two artists – his wife Connie and friend Scott West – creating new works during the course of a concert that are auctioned off for a cause at the end of the night. Minowa said at this show there will probably be just one artist creating.

Having started the Cloud Cult project in Duluth in 1995, Minowa said it’s always great to return to the area and bask in the spirituality of Lake Superior.