Booed off the stage 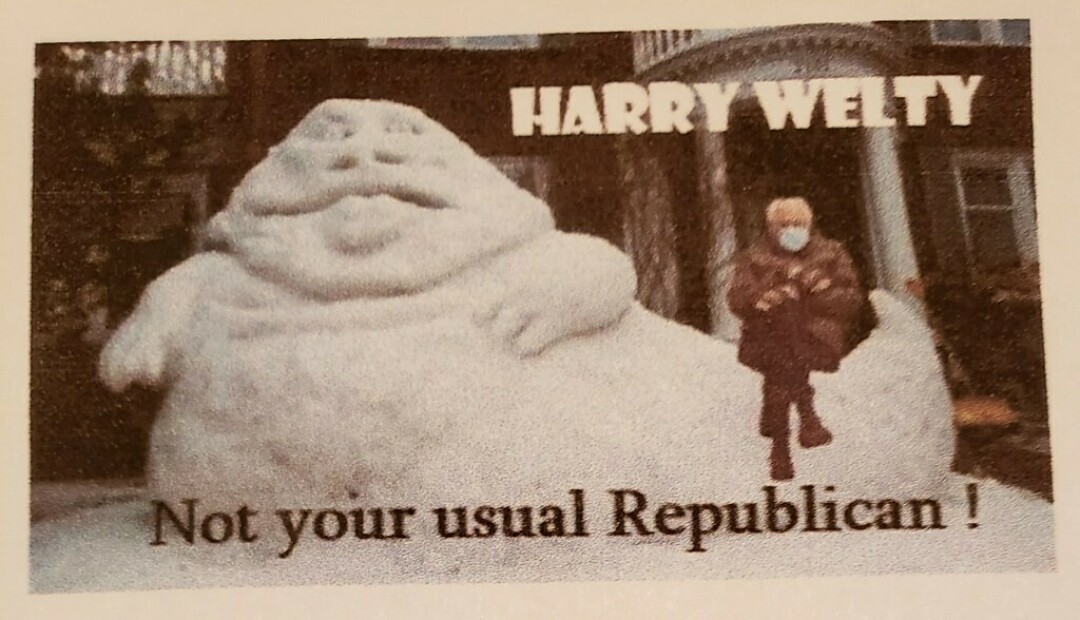 Long before the Simpson’s famous 2000 cartoon preview of a Trump Administration I predicted that Donald Trump was the future of the Republican party. I made my prediction in a speech at an 8th Congressional District convention in Duluth in 1992.

I beat the Simpsons by 18 years. I was booed off the stage.

I began by innocently by telling the 200 delegates I had stood on that exact spot at the Radisson Hotel 20 years earlier, in 1972. On the previous occasion I was speaking to the Minnesota College Republican’s as a candidate to be their president. The favored candidate had gotten cold feet and skipped out of the convention. I was an emergency substitute pushed to run for an organization I knew almost nothing about.

Addled, I spoke in tongues and left my body to watch from off stage as I showered the astonished crowd with my blithering. The absentee candidate won hands down as he was fleeing. I was grateful.
I planned to vote for the Democrat George McGovern for President not Richard Nixon. I had no desire to be a hypocrite.

Twenty years later in my speech of remembrance I turned to the subject of abortion, which I had watched my party latch onto as a strategy to win urban Catholics votes. Abortion was the Pope’s issue and Southerners had never trusted Catholics but the Deep South always looked for allies to protect its State’s rights – keeping the Federal nose out of its voting laws and segregated schools.

There were a lot of  moderates like me who thought forcing women to give birth to babies that my party felt no responsibility to help was an abomination. In fact, it was Republicans on the Supreme Court who passed Roe vs. Wade. These were men in 1974 who understood how unfair it was for women to bear the burden of scandal and the deadly risk of dirty, amateur terminations.

The South’s segregated white evangelical churches set up private white church schools in the years after Brown vs. Board of Education. As southern Democrats turned Republican they denounced the murder of babies.  Eventually their God became a Republican - a stingy anti-tax Republican.

By 1992 they made clear my ilk were “baby killers.” To win elections their rhetoric would get worse.
At one of our conventions a nice young man explained that people like me had murdered more human beings than Adolph Hitler, Joseph Stalin and Mao Tse-tung together. I guess you could add the South’s hero, Ronald Reagan, to that list of mass murderers, although Republicans never did. California Governor Reagan signed the states’ law legalizing abortion when choice was still popular.

Over the years I had flirted with Independent candidacies but independent parties were only a temporary mirage. In the early 2000s I attended  Democratic caucuses and conventions where I found a welcome reverence for Abraham Lincoln, a man all but forgotten in the Party of Lincoln.

But just as in 1972 when my college friends called Republicans rich war mongers, my inner contrarian kicked in. My family were good admirable Republicans. I owed it to them to uphold the liberal Republican values they lived by, not those of the body snatchers who swallowed the party whole and spit out Lincoln’s heirs calling them, with cruel irony, RINOs. (Republicans in Name Only).

So with Covid masks out of the way and the shameful Trump attempt to overthrow our elected government on January 6 on my mind, I decided it was time to speak again at the Republican convention of 2022. It would be 50 years since my first muddled campaign for the College Republican’s Presidency.

I would challenge Pete Stauber, a man with little to say about the attack on our capitol but whose every e-mail to Republicans sounded complicit, calling for them to “take back America,” (from whom? The voters?) I wouldn’t get the nomination but I wanted to be nominated on the floor of the convention so that I could have five minutes to tell delegates that America’s future demanded they find common ground to bind our nation together just as Lincoln did when he called for “malice toward none; with charity for all…”

If I could just find someone willing to nominate me. Such is the grip of the party that the friend I asked to nominate me (not vote for me) told me he couldn’t do it. That I once gave my friend $20,000 when he was fighting the school board in court made not a whit of difference. Pete Stauber, who turned his back on his brothers in blue defending our Capitol, was a good guy.

So, I didn’t write a speech. I just shook hands and passed out my card to hundreds of people backed up in a registration line that took two hours longer than planned to register everyone.

Seven-hundred-plus plus people were crammed into the Ballroom at Greysolon Plaza. I was impressed with their vigor as candidates threw them red meat from the stage. I heard nothing Lincolnesque, but this time I wasn’t booed off the stage.