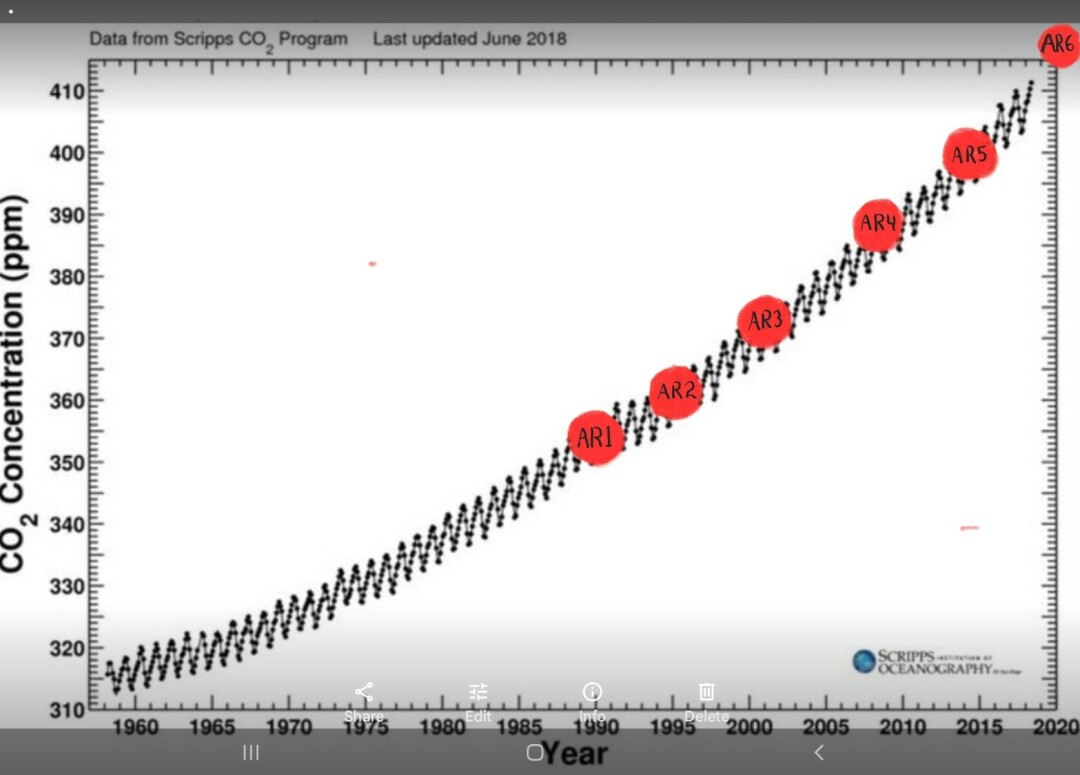 When I first heard that Russian troops had indeed invaded Ukraine, and that Russia was now bombing Ukraine’s capital city, I said out loud, “Putin must have read the latest release of the IPCC report on Climate Change.”

I said it flippantly and with a heavy dose of cynicism, but the more I learned about the latest reports coming from the Intergovernmental Panel on Climate Change, the less flippant I became and the more concerned I grew.

Regarding the cynicism, I believe it was Lily Tomlin that said, “The more cynical I get, the harder it is to keep up.”

The Intergovernmental Panel on Climate Change is composed of 195 member countries, with its ongoing climate change assessment reports composed by thousands of contributors and based upon more thousands of scientific studies and peer-reviewed papers.

The first IPCC climate assessment was released in 1990, and since then the IPCC has released ongoing and updated assessments roughly every six years.

The first section of the newest IPCC assessment report, released in August of last year, was from Working Group One. It focused on the physical science of climate change. It had a lot of the same verbiage as all of the more recent assessment reports, however in this report the words “worse than predicted and faster than expected” were printed in much larger font, also in bold, and underlined as well.

Putin was already building up troops on the border with Ukraine when that report was released (although he gets an early, draft copy), but it was the more recent report from Working Group Two that was even more concerning. It focuses on the impacts, adaptations and vulnerabilities of climate change, and it capitalizes on the fact that many of these impacts are happening now, in the present.

It also talks about the impacts climate change is having on world governments, politics and political systems, the economy, global food shortages and, of course, the threat of war.

The most recent report in this sixth assessment, from the third working group focuses on efforts to halt or mitigate the effects of climate change.  It can be summed up using a few of the key words and phrases found throughout the report.

The situation is urgent, a narrow window of opportunity is closing, we need to cut emissions in half by 2030 (less than eight years), keeping the temperature rise to 1.5C may no longer be in the cards, and every fraction of a degree rise in temperatures brings with it far worsening climate impacts on human society.

To bring it closer to home, the report calls for all new fossil fuel infrastructure development to be halted (stop line five).

The IPCC was created to provide policymakers with ongoing assessments on climate change so as to assist them in taking appropriate actions.

The accompanying chart graphs the rise in CO2 emissions along with the dates of each of the reports the IPCC submitted to policymakers.

While the line charting the CO2 emissions rises steadily, albeit in a saw tooth fashion that displays the seasonal respiration of the annual growing seasons, so too do the number of assessment reports (AR) which appear as red dots along the graph.

It’s a slightly dated graph, crudely modified by yours truly, but you get the picture. It clearly demonstrates a complete lack of any meaningful action on the part of our elected policymakers.

What is meaningful action? Well, you aren’t going to be looking at this climate catastrophe in the rear-view mirror of your high-tech Tesla, and solar-powered carbon capture gizmos are just another pipe dream.

The IPCC says that the narrow window of opportunity we have to save a livable planet is rapidly closing. That is very bad news, but rapidly closing also means that it is not yet shut.

What has closed, and is now forever shut, are many of the easier and less painful changes that might have had a significant impact if they were implemented some 30 years ago, back when the IPCC’s first assessment was released.

What has to happen now will be much, much more difficult, and yet even more imperative. Are we willing and able?

The report says we may still be able, it’s the willing part that looks more than a little iffy.