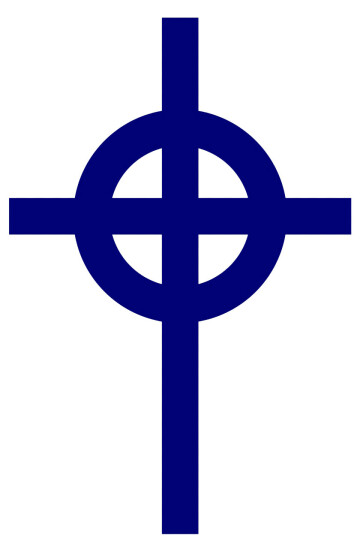 Almost 2,400 years ago Thebes, Greece, formed a military organization called the Sacred Band to assist in battles against Sparta. It was made up of 150 pairs of gay lovers. It performed very well in the field, often defeating enemy when outnumbered two to one.

According to myth, the god Hercules, who was born in Thebes, fought battles alongside a gay kinsman named Iolaus. The tomb of Iolaus became a shrine where male couples would pledge themselves to each other in same-sex celebrations.

The Sacred Band is commemorated as the beginning of the modern gay movement.

The reason I use this critical fact is that a June 20, 2020, national Gallup Poll revealed that 67% of Americans approve of gay marriage.

The Italian government, representing a country that surrounds the Vatican, is currently debating whether it should pass an LBGTQ+ anti-hate law. The Vatican preaches that gays are “intrinsically disordered,” with most conservative Catholics believing Satan is the leader of the LBGTQ+ community.
The Vatican is protesting the Zan bill proposed by gay activist Alessandro Zan. According to Rainbow Europe, an organization present in all European countries, Italy has the weakest legal protection for gays, particularly transgenders.

Current U.S. polls indicate that we have more than 25 million gays in a population of 360 million. The Roman Catholic Church claims it has more than 70 million registered members in the Divided States of America. With most polls indicating that about seven percent of the population is gay, that means we have about five million gay Catholics. (I’m using round figures and averaging out various polls. There is a margin of error. We must assume the closet door is not open.)

Pope Francis, who at one time said he was not going to judge homosexuality, has dithered and blathered, and lately has said gender theory is “dangerous” because it is “evil at work.”

Meanwhile, several bishops in the German homeland of “retired” Pope Benedict have threatened to start their own pro-gay religion, joining at least 146 countries that accept LBGTQ+ communities.

Gender is more than masculine and feminine, and is not Satan-controlled

We have gone way beyond Adam and Eve when it comes to gender, although some of their children could have been gay. It is now a critical gender fact, not a theory, that human sexuality fits into a very wide spectrum. The following is not a complete guide to the spectrum:

1. Asexual: A human who is not sexually attracted to other humans.
2. Bisexual: A human who is emotionally, romantically or sexually attracted to more than one sex, gender or gender identity, but not necessarily simultaneously to the same degree.
3. Cisgender: A human whose gender identity fits closely with the sex assigned to them as they leave the birth canal – unless there are other conditions to consider!
4. Gay: A human who is emotionally, romantically or sexually attracted to members of the same gender. Men, women and non-binary humans may use this term to describe themselves.
5. Intersex: A human that may be born with a variety of differences in their sex traits and reproductive anatomy. They may be born with both male and female genitalia that may be both inside or outside the body – or half outside. This is a very complex gender. There may be major differences in genitalia, chromosomes, gonads, internal sex organs, hormone production, hormone response and/or secondary sex traits. A fetus may be identified as feminine in the uterus by sonogram but when born may also have male genitalia. Stuff happens.
6. Lesbian: A woman who is emotionally, romantically or sexually attracted to other women.
7. Nonbinary: A human who does not indentify as a man or woman. Many nonbinary also identify as transgender. The term is also used as an umbrella term to describe bigender, agender, genderqueer or gender-fluid. The Williams Institute Research Center on sexual orientation estimates there are 1.2 million nonbinary in the U.S. The science of genetics is quite complex as most of the world recognizes the existence of the LBGTQ+ community.
8. Pansexual: A human who has the potential to be an emotional, romantic, sexual, binary or another gender-expansive identity.
9. Transgender: A human who may identify as straight, gay, lesbian or bisexual and consider himself different than the sex assigned at birth.
10. Demisexual: A human who develops sexual attraction only if they emotionally bond with a person of the opposite sex beforehand. They do not do one-night stands or have sex for the hell of it.

This is a very short list of identified genders. Researchers have identified up to 106 different genders. If one is to study gender, it’s wise to know the meaning of the following: gender expression, gender-fluid, gender identity, biophobia, gender-nonconforming and genderqueer.

The present numbers reveal a lot about the LBGTQ+ community

Although toddlers have indicated to parents they are different from the sex assigned at birth, let’s leave those less than age 13 alone for this column.

I realize this paragraph is pretty heavy-going, but it reveals the complexity we are faced with in examining gender.

Those with faith in Christian-based religion must realize that Adam and Eve were not perfect specimens of heterosexuality – nor were all the animals. More than 1,500 of the top species are not straight according to various studies.

I don’t know when the Vatican considered all gays to be “intrinsically disordered.” Evidently the pope who employed Michelangelo to paint ceilings and Leonardo DaVinci to complete St. Peter’s cathedral as head engineer didn’t care they were gay.

If Satan or Lucifer had controlled the two, the Sistine Chapel’s ceiling would be covered with pornography and the cupola of St. Peter’s would have fallen on the head of some pope and a gaggle of cardinals.

Why have neighbors elected more than 1,000 LBGTQ+ members to govern them?

Ireland, at one time considered to be the most Catholic country in the world, sent the Vatican ambassador home years ago to signal “the times they are a’changin’.”

Now it has elected a married same-sex prime minister, the Irish parliament has approved abortion and contraceptives and most citizens have accepted the LBGTQ+ community with open, welcoming arms.

Our country has changed. Thirty years ago way more than half opposed same-sex marriage. In 2021, almost 70% approved of it. In 2020 we elected more than 1,000 LBGTQ+ members to public office: two governors, two U.S. senators, nine U.S. representatives, 189 state legislators, and 56 mayors, six of them among the top 100 cities, led by Mayor Lori Lightfoot, a lesbian of Chicago.

She is the first openly transgender federal official.

Mississippi is the only state without an elected gay official. Pete Buttigieg, the former gay mayor of South Bend, Indiana, ran for president in 2020 and was selected by President Joe Biden to be the Secretary of Transportation. Pete and his marriage partner Chastain have adopted a baby.
Palm Springs, Calif., sets the elective record for the LBGTQ+ community. Since the election of 2018, all members of the city council are LBGTQ+. A lesbian resident summed it up: “It’s a movement. It’s powerful. We create five days when we are living in a queer, nonbinary lesbian world. We celebrate who we are.”

Will we ever decide whether a zebra is black on white or white on black?

All of this evidence has to imperil the dogma held by fundamentalist Christians and Roman Catholics that the LBGTQ+ community is “intrinsically disordered” and gay sex is a mortal sin promoted by Satan.

The Bible is supposed to be “literal truth.” If you wish to accept the Bible’s answers, that’s your business. Shakespeare had Hamlet tell us that to his knowledge no one has ever returned from heaven and hell to tell us about our future afterlife.

The Vatican seems to be the tortoise of international religions although Islam is not far ahead. The autocratic patriarchal center of Roman Catholicism loves the status quo as long as it can control millions of followers. European churches have thousands of empty pews. No one has seen gold streets or rivers filled with fire.

It took the Vatican 400 years to apologize to Galileo for putting him on house arrest for being right about the planets and the sun. The righteous old men burned his friend Giordano Bruno at the stake for refusing to shut up about a astronomical fact.

A majority of the world has accepted the existence of the LBGTQ+ community. Millions of its members want to be first-class members of the Catholic Church. But we have conservative Catholic and Protestant bishops proclaiming that gays, particularly transgenders, can’t be baptized, confirmed, or receive Communion.

The Catholic Diocese of Marquette, Mich., released this perplexing statement about the ban: “The experience of incongruence in one’s sexual identity is not sinful if it does not arise from the person’s free will, nor would it stand in the way of Christian Initiation. However, deliberate, freely chosen and manifest behaviors to redefine one’s sex do constitute such an obstacle.”

Will someone please translate that statement so Joe and Jane Sixpack and their gay son understand the Vatican’s position on the LBGTQs?

Is the zebra really black with white stripes?

The Evangelical Lutheran Church has installed its first transgender bish-op. Many Protestant churches have ordained gay ministers for the pulpit and gay bishops as leaders.
It’s time for the tortoise to put on track shoes and run with transgenders and other genderqueers.