Duluth Does Bonnie Raitt: a review 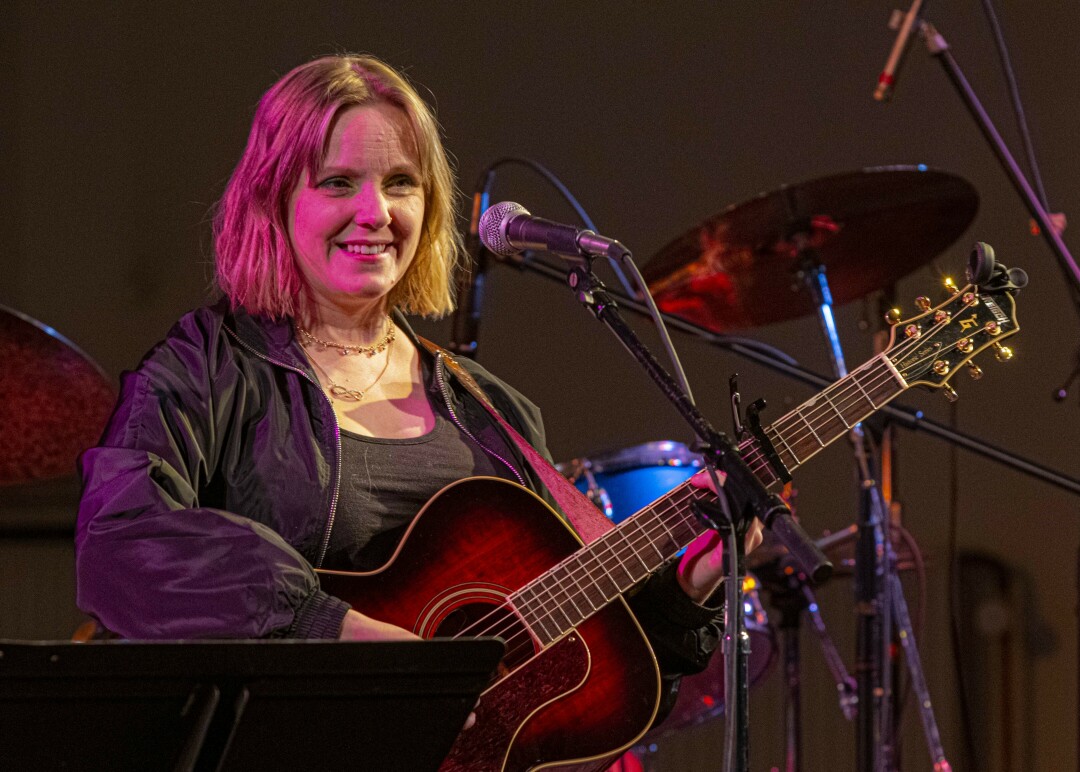 Sacred Heart Music Center was rockin’ from the music of 15 acts on Saturday, March 26, at the Duluth Does Bonnie Raitt Benefit Concert. The roster of talent included a number of well-known local groups, a couple of solos and at least one out-of-towner, covering a smattering of Raitt’s best known hits.

Karen Sunderman, formerly of local PBS station WDSE, now with the Duluth-Superior Community Foundation, served as MC, introducing each act and providing historical information about the 1894 cathedral building, for which the benefit was being held.

The house was virtually full by the time Lori Hatten and John Ward kicked off the concert with a lively version of “Love Me Like A Man” and setting a high bar for the following performers.

Only a few of the covers didn’t measure up, those tending to be by the oldsters; the youngsters were generally high-caliber in their renditions. One of the most notable was “Mighty Tight Woman” by Aurora Baer, who appeared to channel original vocalist Sippi Wallace, Raitt’s inspiration for that hit. Kate and Bill Isles likewise.

The program listed one song for each act, but Janie and the Spokes snuck in a second song by Raitt’s own “Give It Up or Let Me Go” after “Thing Called Love” with slide guitar licks to satisfy Bonnie’s diehard fans.

The group #Indianheadband injected some earthy funk into the mix with their timely “No More Pipeline Blues” highlighting Raitt’s own political sentiments.

A touching cover of “Louise” was presented by Misisipi Mike, showcasing his guitar chops.
Shane Nelson wrapped up the individual sets with his groovy and professional performance of “Something To Talk About.”

Overall the musicianship displayed was outstanding, making clear that Duluth’s music scene is thriving and worthy of more national attention.

For those who missed it or those who want to relive the highlights, it can be viewed on YouTube at youtube.com/sacredheartmusiccenterduluth.