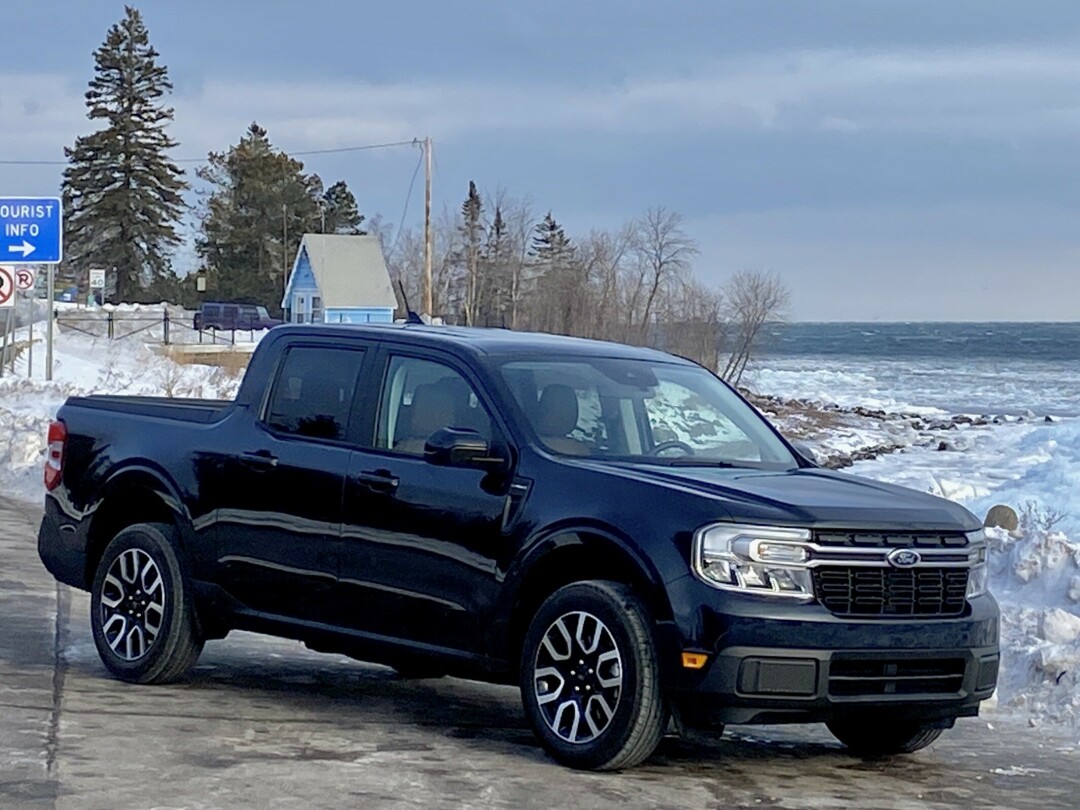 Ford’s new Maverick is already in short supply, and has added a hybrid to reach 30 mpg. Photos by John Gilbert.

All attempts to chronicle the truck war going on in the industry need to step lively just to keep up with the lively and extremely competitive vehicles being turned out in all shapes and sizes. While the battle includes heavy-duty, standard full-size, compact and niche vehicles that fill in the blanks.

As might be expected, Ram, Chevy, GMC, Toyota, Nissan, Honda and even newcomer Hyundai are in the battle, but when you evaluate fully, you have to start with Ford.

The standard of the truck business remains the Ford F150, which, on its own, comes in assorted sizes and powertrains with two or four doors of assorted sizes.

My favorite is the Raptor, built for heavy off-road domination, but today we get to check out the Tremor, which is a compromise model between the Raptor and the normal truck.

I’ve written about the oversized F250 Tremor, which seems capable of conquering just about any challenge, and also the compact Ranger, which comes in Tremor trim. Now we get a chance to try the standard-issue F150 – the leading seller among all vehicles for somewhere north of 30 years.

But impressive as all that power from the 3.5-liter twin-turbochaged V6 is, what in the name of $6-a-gallon gasoline is going on here?

Ford is taking all that into account, and while I’ve test-driven a couple of

Ford’s new more-compact Maverick vehicles and come away thoroughly impressed, I’ve also driven the F150 with hybrid technology, and it is the best thing to happen to pickups until we get to the all-electrics that are fast-approaching.

The Maverick, though, seems to be just as big as the midsize Ranger, but it isn’t. It’s considerably shorter, but it seems to be wide enough to carry four or five occupants with plenty of room, and its 2.5-liter, 4-cylinder turbo has plenty of punch to send the Maverick on its way – good reason. This particular Maverick was a hybrid.

Ford has led the way among U.S. manufacturers in building some impressive hybrid powertrains, what the industry calls “mild” hybrids for the way the battery-operated electric motor both supplements the fast engine and allows it to deliver much-improved gas mileage. The Maverick Hybrid does both of those things.

A couple days after the Maverick was delivered out of the Chicago press fleet, we got one of our heavy snowfalls in Duluth. I was less than thrilled that the Maverick, painted a beautiful dark blue called “Alto Blue Metallic,” was 2-wheel-drive.

In the surge of truck buying in our society, I can understand getting a front-engine, rear-drive pickup out on the southwestern prairies, but if you’re sending a pickup truck to the North Shore of Lake Superior, send 4-wheel drive or nothing.

The Maverick was front-wheel drive, which made it an interesting compromise. I picked my spots during the snowy week, and we made it through OK, but we weren’t hauling stuff in the bed and we were spending inordinate time warming up the Maverick against some below-zero temperature.

The remote start gadget was greatly appreciated, although the lack of heated seats or heated steering wheel was less impressive, when it was 15-below zero. That was why we spent so much time warming up the Maverick.

Because we spent so much warm-up time, we didn’t approach the high mileage we anticipated, but later in the week, we did spend time driving and focusing on hybrid driving techniques – slowing down ahead of red lights, avoiding jack-rabbit starts, etc. – we did get it up to a computer-registered 30.7 miles per gallon during a 142-mile stretch. Any pickup truck that can do pickup duties and deliver 30 miles per gallon can make a big impact on the marketplace as gas prices continue to soar.

The Maverick Lariat 4x2 had a sticker price of $29,340 with the automatic continuously variable transmission and the 2.5-turbo-hybrid powertrain made a solid combination.

So maybe in the future, two-vehicle families who love their pickup trucks can compromise and get a hybrid Maverick-sized compact pickup, and still satisfy their power cravings with the big F150 Tremor.
This beast came in stone gray metallic, which set off the bright orange graphics that were subtle and not overwhelming, but looked good with the color and the blacked-out wheels and grille.

This thing had 4-wheel drive and a 10-speed automatic transmission to distribute the power from the 3.5-lite twin-turbo V6 to all four extremities. The base price of the F150 Tremor is a reasonable $49,505, and it becomes increasingly unreasonable – unless you have to feed your power appetite – as you add the impressive options to reach the test truck’s $70,095.

Snow didn’t matter with this thing, and its force and stability were much appreciated. The appeal of the option list included a trailer-towing package, lockable storage areas in the bed, a power tailgate, a front axle torsion differential, and a Toughbed Berliner.

The full crew cab, which Ford calls Super Cab, had enormous room and flip-up storage under the rear seat, a feature the Maverick picked up on.

The F150 Tremor also has a few Ford-first things, such as the power tailgate, which is only now being copied by General Motors after Ford introduced it more than a decade ago. At the top of the tailgate, there is a form-fitted hand grip that means when you lower the tailgate you also unfold a secondary step that drops down, and along with that you get a small knob that you pull out to reveal a heavy railing, which you can fold up until it clicks into place and gives you a sturdy grip to aid in climbing up into the bed to make sure your stashed goodies are still secured.

Climb down to go back to driving and you fold the stability pole down and slide it back into place, flip up the step, and use the power gadget to return the tailgate to its original position.

Another thing that makes the plush interior even more impressive to ride in is the B&O Unleashed 18-speaker audio system that fills the cab with sound from whatever device you choose to listen to.

And, if you want to work while your wife spends an hour in Target, you can fold down the gear shift lever flat into the console, then lift the console cover and fold it down into a flat desk-like surface. The rest of the console is for storing business sheafs or whatever you choose.

Our older son, Jack, rode with us a few times in the Tremor and commented on how remarkably smooth the ride was in the big Ford. We found Ford’s better idea was to not go to the 20- or 21-inch wheels popular on some trucks and SUVs, but instead to use smaller 16-inch wheels with much larger and thicker tires, meaning that with the same circumference, you have more inches of rubber between you and the potholes you’re lumbering over, and obviously the thicker rubber absorbs the impacts much better and makes you appreciate the level of comfort.

Not only that, but the Tremor also had electric seat-heaters and a steering wheel heater, which is worth plenty on those cold, winter mornings when autostart is a great benefit, but can use the aid. 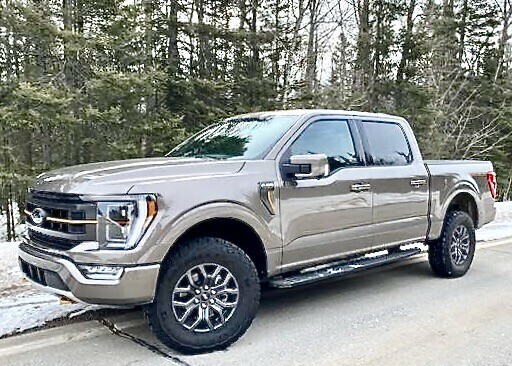