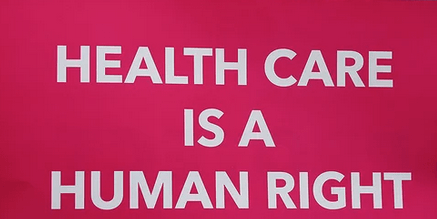 Medicare was created in 1965 to provide affordable basic health care for senior citizens. At the time half of seniors did not have any hospitalization insurance. One third of seniors lived in poverty and couldn’t afford any medical care.

Given the obvious need and the fact that the private insurance companies were not interested in sick, old people (unless they had money) Medicare became a vital government program for seniors.

Medicare has been successful in improving the health and well being of seniors. It has been very popular with the public, despite its faults and limitations.

Medicare has also contributed to reversing the poverty statistics for most seniors. Today most seniors are better off financially than the average person in younger demographics.

Of course in 1965 Medicare was vehemently opposed by Republicans and conservative southern Democrats. Today’s ideological descendants of those conservatives are still opposed to “socialized medicine.” But now, rather than trying to kill Medicare, they are trying to privatize it and make money from it.

Needless to say, this will not be good for seniors or most people regardless of age.

From the beginning Medicare (like the Affordable Care Act) was set up to create profit opportunities for medical providers, insurance companies and the rest of the “medical industrial complex.” In order to pass Medicare the benefits and features were watered down to appease the conservatives. Medicare excluded some services (routine dental, eye, hearing and prescription drugs). It required deductibles and co-pays in addition to monthly premiums. This spawned the very profitable Medicare supplement insurance industry.

This “privatizing” has expanded with Health Maintenance Organizations (HMOs) and Medicare Advantage programs. HMOs were supposed to reduce costs by paying medical providers a set amount to proved care. Providers got stable income. Patients got additional benefits not covered by Medicare. But they had to get their care from providers in the HMO.

The flat fee payments to HMOs created financial incentives for providers to limit or deny care in order to make higher profits. Then insurance companies moved into operating HMO’s and the cost savings rarely materialized. HMO’s became just another way to make money.

The G.W. Bush administration created Medicare Advantage (MA) plans as another money-making scheme and a way to further privatize Medicare.

With MA an individual’s Medicare benefits are essentially contracted out to an insurance company. By joining an MA plan the recipient is covered by private medical insurance paid for by the government (plus any individual premiums, deductibles and co-pays). Like HMO’s seniors got some improved benefits (routine dental and vision for example) but had less choice of providers and more bureaucratic rules like prior approval requirements.

For many seniors MAs worked fine. The restrictions were similar to employer-based insurance plans and the extra benefits were sometimes worth the extra cost.

MA participation is voluntary and seniors can choose to stay with regular Medicare. By 2021, 26 million seniors were in MA plans, representing 42% of Medicare recipients.

Like HMOs Medicare Advantage was supposed to control and reduce costs while improving care. But this has not happened.

One 2020 study found MA insurance companies earned gross margins of $2,256 per enrollee and this amount was double what the companies made from other group insurance policies.

MA insurers also benefit from a rigged payment system. Instead of being paid on a fee-for-service basis they get a lump sum per enrollee. This payment is based on a “risk score” of the participant’s health status.

Risk scores are based on diagnoses and not the actual patient care provided. This is an open invitation to exaggerate or falsify the number and severity of an participant’s health problems. The Center for Public Integrity says this finagling cost Medicare $36 billion in 2014.

According to Physicians for a National Health Program (PNHP), MA insurers make money in two ways. The large inflated payments from Medicare (described above) and by minimizing what they spend on patient care.

MA insurers are supposed to spend 85% of their revenues on patient care, leaving 15% for overhead and profit. In contrast regular Medicare spends 98% on patient care and only 2% on administration.
MA plans are a money maker for insurance companies at the expense of seniors and the government.

The Trump administration made all this worse. In 2020 they began a “pilot program” to move more seniors into for-profit “managed care” and to completely privatize all Medicare services by 2030. Called “Direct Contracting” the program continued the unaccountable payment system of MA plans but also opened the program up to any third party business entity (including Wall Street investment firms). They allowed any “Direct Contracting Entity” to keep up to 40% of participants payments not used for patient care.

Most egregiously, seniors would be automatically enrolled without their knowledge or consent.

This happened without Congress-ional approval or public input. Various advocacy groups raised the alarm and organized opposition. In response the Biden administration changed the name but continued the program. The new name is ACO REACH, which stands for Accountable Care Organization Realizing Equity, Access and Community Health.

This bureaucratic gobbledygook should make all of us sick.

Why should the public care about what is happening with Medicare? Obviously everyone is getting older and will need affordable health care in the future. But the larger issue is that Medicare is another example of our excessively expensive, flawed, for-profit health care system. Privatized, profit driven Medicare is another reason we pay over twice as much for health care as any other nation but achieve lower overall health outcomes.

All these for-profit schemes insert third parties between doctors and patients. None of them improves health care or benefits the public.

We need a rational, nonprofit, universal, single-payer health care system that covers everyone. We need one program, unconnected to employment, that can control costs, ensure quality and be available everywhere in the country. For more than 100 years for-profit health care providers and insurance companies have failed to meet these needs.

Saving Medicare from a corporate takeover and from profiteering is one battle in the struggle for the national health care program we really need.