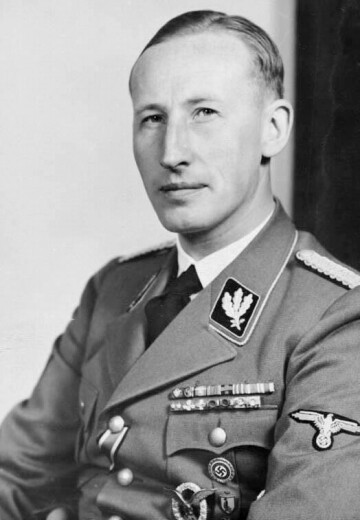 Breaking world news! Trump told his first and only truth 5 years ago!

It’s been a terrible week. The Vikings signed their narcissistic quarterback Kirk Cousins to two more years of mediocre play at the most important position on a football team. He thinks only of himself and his personal records. God wouldn’t give him COVID-19 so he refused to get vaccinated to help protect his teammates. He has just enough talent to win the little games and not enough talent and imagination to win the big ones. He has slow feet and slower brain. Has he ever made a fantastic play as good quarterbacks do routinely?

Before that depressing announcement, I read about a book written by political science professor Barbara Walter of the University of California at San Diego titled How Civil Wars Start: And How To Stop Them.
She has studied civil wars in the world for decades and has concluded the Divided States of America is very close to another one. Actually, I believe we are in the 162nd year of our Civil War and are about to have a tremendous increase in armed conflict between and among four sections of the country: East Coast, West Coast, Middle West and South. Her logic and evidence is overwhelming.

In another depressing moment, I remembered when former President Donald Trump told the truth for the first time 2017 and probably the last of his time on earth. In an interview with Fox host Bill O’Reilly, he responded to O’Reilly’s statement that Vladimir Putin “is a killer” with this remarkable truth: “A lotta killers, we got a lotta killers – what, you think our country’s so innocent?”

That truth was right out of the mob boss’s playbook played by Marlon Brando in The Godfather.

Franklin Graham’s “Chosen One” continued his lying on March 12, 2022, by telling a campaign audience in Florence, South Carolina: “Getting critical race theory out of our schools is not just a matter of values, it’s also a matter of national survival.”

He called on his cult: “Lay down your lives” to prevent the teaching. Of course, no K-12 schools use it.
But guns have become the way of life and death in this country. Toddlers shoot and kill their mothers, high school kids shoot each other over slurs and French fries, drug dealers blast other drug dealers like territorial animals kill invaders, and wives shoot and kill their husbands because of bad bids made at the bridge table (Don’t believe it? It happened! ).

Many white Americans think they are members of the superior race

The word “Aryan” was a term used in the 19th century to identify peoples who settled India, Iran and Europe thousands of years earlier. Scholars transformed the Aryans into a mythical superior race. The Nazis in Germany adopted the term as their own, promoting themselves as the “White Master Race” and superior to Jews, Blacks, Gypsies and people who were physically and mentally handicapped such as homosexuals and the deformed.

The Nazi philosophy based on Aryanism came to the U.S. in the 1970s when the Christian Identity Church preached that the Bible proved the Black race was created by God to serve the White.
From that point the CI Church was considered a hate group by the Southern Poverty Law Center and government agencies. Oklahoma City bomber Timothy McVeigh was a member of the Christian Identity Church.

Some might remember The Order, a splinter group from Aryan Nations that stole $4 million in dramatic bank robberies to fund a race war and the overthrow of the government. The Order disappeared when 25 members were sent to prison. The prisoners formed a gang called the Aryan Brotherhood that caused a heap of trouble in a number of prisons.

Mrs. Walker and her father think Holocaust 2 could happen here

Mrs. Walker’s father was born in Germany in 1932 and lived through Hitler, Hitler Youth, World War II,and the Nuremberg War Trials. He emigrated to this country in 1958 and became a lifelong Republican. He became very agitated after listening to Donald Trump on the campaign trail. When she visited her father, his first question was: “Please tell me Trump’s not going to win.”

It recently came to light, when Reinhard Heydrich met with 14 other top Nazis at a Lake Wannsee villa near Berlin on Jan. 20, 1942, to finalize “The Final Solution” for killing the 11 million Jews in the world along with other lesser people, there were eight Nazis with PHDS sitting at the table. They were the products of the finest German universities, having learned everything there was to know from the smartest people in one of Europe’s advanced societies. Except the difference between right and wrong.

My life parallels somewhat the experiences of Mrs. Walker’s father, who convinced his daughter that Donald Trump in his insanity could lead a country to another holocaust. I was born in 1932, listened to my neighbor Charles Lindbergh express his admiration for Adolf Hitler and his SS brownshirts and the engineering and technical ability of German industrialists.

Since then I have become a student of the rise and the fall of the Third Reich. I think there is a preponderance of evidence that Mrs. Walker is right. It’s going to take strong undivided leadership by a president and Congress to keep a democracy. We have neither. (When, after 44 years in government, you haven’t learned how to handle Senator Joe Manchin, it’s a hopeless situation.)

Here is a short list why it’s going to be very difficult to keep a democracy.

Gun Control: The Divided States of America is flooded with firearms from sea to shining sea, and millions more from ghost guns to fully automatic military weapons are sold each year. Andre Thomas of Houston was angry that he didn’t get enough barbecue sauce at Dickey’s BBQ Pit on his take-out order so he returned to the restaurant and shot two employees . Do you think he is capable of shooting Jews, Blacks, Asians, Hispanics and members of the LBGTQ+ community in pits like the German SS did at Auschwitz death camps? It you are willing to shoot people over barbecue, wouldn’t you be willing to shoot them over race and homosexuality? I think so.

Race Relations: Three years after the passage of the Civil Rights and Voting Rights Act, Alabama Governor George Wallace was running for president. He was asked about the race riots of 1968. His response: “We don’t have riots down in Alabama. They start a riot down there, first one of ‘em to pick up a brick gets a bullet to the brain. And then you walk over to the next one and say, ‘all right pick up a brick. We just want to see you pick up one of them bricks, now!”

One might think this would be a good attitude to have during our Civil War. After all, Confederate Vice-President Alexander Stephens said of the secession: “It’s cornerstone rests upon the great truth that the Negro is not equal to the white man.”

Rejection of Science: The death toll from COVID-19 and its variants in two years has now matched the death tolls from all of our wars in the last 246 years. The Republican states of Mississippi, Alabama, Oklahoma and Louisiana have the worst record of deaths per capita. States and counties that followed the guidelines of CDC scientists and virus experts about vaccinations, masks and social distancing had the fewest deaths per capita.

Those that followed the misinformation of Trump and his conspirators regarding the anti-parasitic drug Ivermectin and other quack remedies led the parade to the morgues and crematoriums.
Breaking down deaths by counties, Trumplican counties did substantially worse than Democratic counties. People in those counties die at three times the rate of people in Democratic counties. Scientific research proves that vaccinations, masks, and social distancing dramatically reduce virus deaths.

Lynching: It took Congress 122 years and 200 attempts to finally pass a law declaring lynching is a hate crime. We all know the law will not stop the killing of minorities. The Equal Justice Initiative reports that between 1865 and 1950 more than 6,500 Americans died by ropes, many on Saturday afternoons in parks viewed by thousands of White families. Since 1950 we have “lynched” many by shotgun, ghost guns, Glocks, and AR-15s, some by the police who kill more than 1,000 people a year, many of them Black young men and boys. Do we really deserve the politicians we elect to local, state, and national office? Perhaps we need a civil debate.

LBGTQ+ Community: First, according to a Notre Dame study (why would a Catholic university conduct this study?), homosexuals academically outperform all other groups of high school and college heterosexuals!

Second, the Gallup Poll determined that 7.1% of about 210 million adults in the DSA are lesbian, gay, bisexual, transgender or something other than heterosexual (genetic scientists have identified there are at least 106 “genders”). That means we have at least more than 14 million gays in our society at this time.

In 2012 the same poll reported a 3.5% total. Florida, which is passing all kinds of anti-gay and anti-transgender legislation, has more than 1.4 million gays living in the state.

Attorney Chase Strangio of the ACLU said this about bills in Texas, Idaho and Florida: “What we are seeing is a national, well-funded effort to attack and eradicate trans youth and trans lives specifically.”

The Nazis murdered gays in all the European death camps. What are the odds of the same thing happening in our Civil War?

January 6 Insurrection: The Proud Boys with their AR-15s and tactical gear and the Boogaloo Boys with their Hawaiian shirts and 12-gauge Street Sweepers stored their weapons and ammo in motels around Washington, ready to capture seven Senate and House office buildings and to defend the White House from authorities trying to remove The Chosen One from his bunker. Hitler killed himself in his Berlin bunker in 1945. What will happen in Washington in 2024?