Other voices on Ukraine 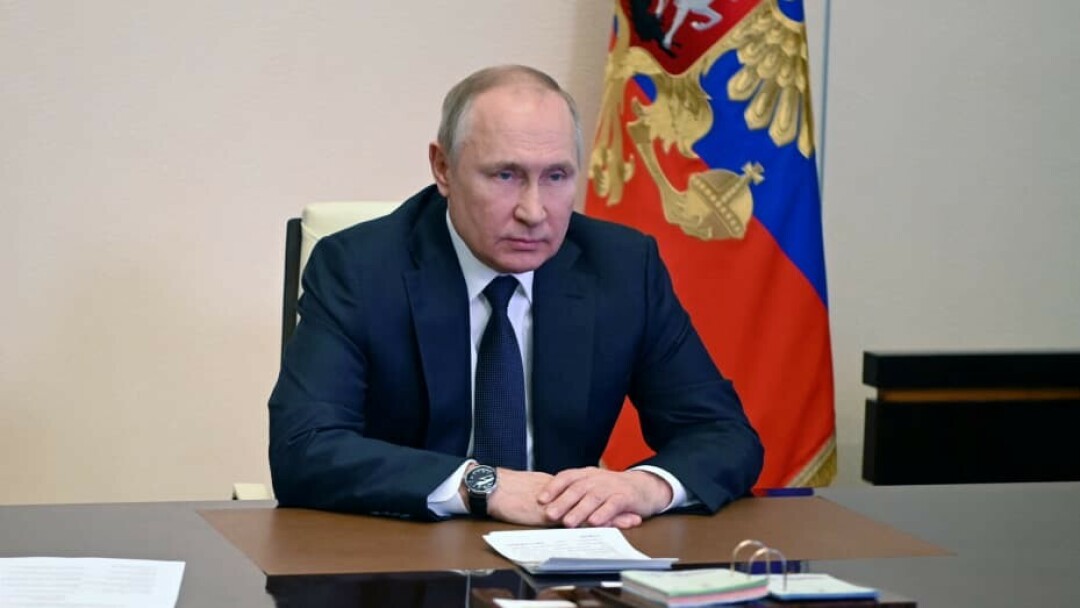 Conflicts cannot be explained or resolved with sound bites. In the rush to support the Ukrainians and to condemn the Russian invasion too many important perspectives are not being heard.

When asked, “How do you see the world and Europe after this war? Yanis Varoufakis, former Greek Minister of Finance, replied, “Impoverished and more insecure.”

“War destroys all systems that sustain and nurture life – familial, economic, cultural, political, environmental and social. Once war begins, no one, even those nominally in charge of waging war, can guess what will happen, how the war will develop, how it can drive armies and nations towards suicidal folly.”

The folly of NATO expansion

“Since Putin’s major demand is an assurance that NATO will take no further members, and specifically not Ukraine or Georgia, obviously there would have been no basis for the present crisis if there had been no expansion of the alliance following the end of the Cold War, or if the expansion had occurred in harmony with building a security structure in Europe that included Russia.” – Jack F. Matlock, Jr., U.S. Ambassador to the Soviet Union, 1987-1991.

“I think it is the beginning of a new cold war. I think the Russians will gradually react quite adversely and it will affect their policies. I think it is a tragic mistake. There was no reason for this whatsoever. No one was threatening anybody else. This expansion would make the founding fathers of this country turn over in their graves.” George F. Kennan, the architect of Cold War containment of communism speaking about NATO expansion in 1997.

“In the last few years, most of the blame can be pointed at the actions that Putin has taken. But in the early years I have to say that the United States deserves much of the blame. Our first action that really set us off in a bad direction was when NATO started to expand, bringing in Eastern European nations, some of them bordering Russia.” William Perry, former Sec. of Defense under President Clinton, speaking in 2016 referring to Russia US relations and the early proposals to expand NATO.

“In the larger context though, Ukraine has become an unwitting victim and proxy in the resurgent U.S. Cold War against Russia and China, in which the United States has surrounded both countries with military forces and offensive weapons, withdrawn from a whole series of arms control treaties, and refused to negotiate resolutions to rational security concerns raised by Russia.” Medea Benjamin, founder of Code Pink.

The folly of the mainstream media

“If truth is the first casualty in war ... The bellicose rhetoric embraced and amplified by the American press, demonizing Vladimir Putin and elevating the Ukrainians to the status of demigods, demanding more robust military intervention along with the crippling sanctions meant to bring down Vladimir Putin’s government, is infantile and dangerous. The Russian media narrative is as simplistic as ours.” Chris Hedges.

“ ... opinion and commentary in the West have solidified around a black-and-white view of the situation in Ukraine. The near-total consensus is it’s all Russian President Vladimir Putin’s fault...Try to point this out, however, and you’re likely to be denounced as a naive apologist for Putin.” Stephen M. Walt, Professor of International Relations at Harvard.

“Since the invasion of Ukraine began, people expressing horror and outrage at Putin’s actions in Ukraine while also referencing the history of the U.S. and NATO governments have been portrayed as traitors or apologists for Russia. This is a classic tactic in the history of pro-war discourse; it has been used throughout U.S. history and was a common cudgel used to attack anti-war views in the aftermath of 9/11.” Jeremy Scahill, investigative journalist and author.

An ounce of prevention...

“The greatest tragedy about Russia’s potential invasion is how easily it could have been avoided.” Professor Wait.

In the attitudes of the West, “...Russia’s stated grievances have no legitimate basis whatsoever; and the only conceivable Western response is to refuse to make any concessions, stand up to Moscow, send more U.S. troops to Europe (though not to Ukraine itself), and proceed with tough economic sanctions if Russia invades ... But I do not understand how Western leaders think they can resolve this crisis without giving Russia some of what it wants on this core issue...” Professor Wait, Foreign Policy, Feb. 23, 2022.

“We fight our oppressors, and we get branded terrorists. Ukrainians do the same, and they get applauded for their courage.” Mohammed Rafik Mhawesh, Palestinian writer and journalist, “What the war in Ukraine taught us, Palestinians,” Al Jazeera, March 6.

“Ukrainians resisting Russian occupation with Molotov cocktails are being lauded for their bravery, while stone-throwing Palestinian children are still called terrorists.” Chris Doyle, Director of the Council for Arab-British Understanding,

“Media coverage has been sympathetic to the civilian victims of the invasion and the Ukrainian resistance ... it raises questions about why there hasn’t been a comparable response when the victims weren’t white, Christian Europeans, or when the aggressor was the United States...” Stephen Zunes, professor of politics at the University of San Francisco.

“The wave of solidarity with Ukraine is inspiring, but it shows how years of dehumanization have made the deaths of people in the Middle East seem more tolerable”

“But it has been impossible, as a person of color with parents from Iraq, to not see this as selective solidarity... [Referring to news coverage of Ukrainian children being killed by Russian missiles] “These same missiles from Russian President Vladimir Putin also landed in Syria and Chechnya, but reactions were subdued.” Dr. Ahmed Twaij, British journalist and filmmaker.

“So as we rally to support Ukrainian civilians against great-power aggression from Russia, let’s do so with the under-standing that imperialism should always be opposed, that all civilian victims of wars and violent coups are worthy...and that all criminals who violate international law should be held accountable, whether they’re based in Moscow or Washington.” Jeff Cohen, professor of Journalism at Ithaca College, Salon, Feb. 28, 2022.

The truth about war crimes

“ ...U.S. and NATO officials have highlighted Russia’s use of banned weapons, including cluster munitions, and have said their use constitutes violations of international law. This is indisputably true.

What goes virtually unmentioned in much of the reporting on this topic is that the U.S....refuses to sign the Convention on Cluster Munitions ... The U.S. has repeatedly used cluster bombs...None of this exonerates Russia for its unconscionable use of cluster bombs against civilians, but these facts are clearly relevant when assessing the credibility of the U.S.” Jeremy Scahill, investigative journalist and author, “Putin’s Criminal Invasion ... ” The Intercept, March 7, 2022.

“The terror we and our allies carry out against Iraqi, Palestinian, Syrian, Libyan, Somali and Yemeni civilians is part of the regrettable cost of war. We, echoing the empty promises from Moscow, claim we do not target civilians. Rulers always paint their militaries as humane, there to serve and protect. Collateral damage happens, but it is regrettable.”

“This lie can only be sustained among those who are unfamiliar with the explosive ordinance and large kill zones of missiles, iron fragmentation bombs, mortar, artillery and tank shells, and belt-fed machine guns. This bifurcation into worthy and unworthy victims...is a key component of propaganda, especially in war.” Chris Hedges, “In war, there are no “worthy” or “unworthy” victims: That’s how we justify our crimes,” Salon, March 8, 2022.

Hope for the future

“And I hope that with the help of all people in the world telling the truth to power, demanding to stop shooting and start talking, aiding those who need it and investing into the peace culture and education for nonviolent citizenship, we could together build a better world without armies and borders...”

“Now that all the powerful Western nations, the international media and even Israel’s rulers seem to publicly accept that occupation is bad, resistance is not only legitimate but honourable, and all victims of war should be supported, we should all start talking about Palestine, Yemen, Libya, Iraq, Afghanistan, Kashmir.” Yurii Sheliazhenko. Executive Secretary of the Ukrainian Pacifist Movement.