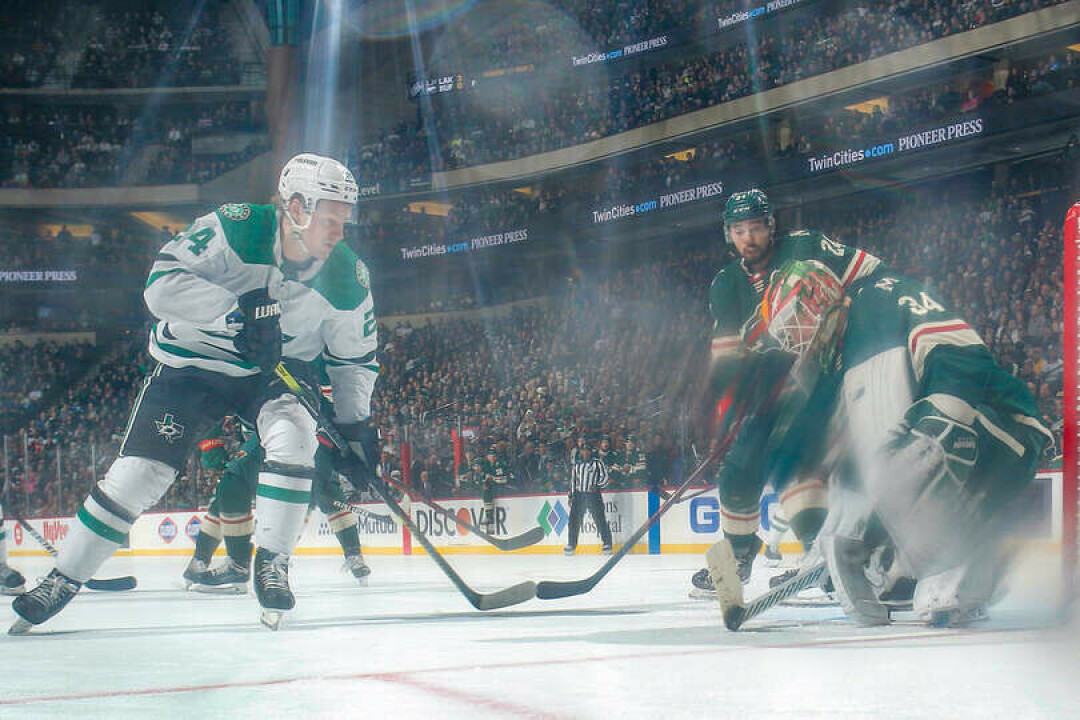 ST. PAUL – The Minnesota WILD have just dropped a Sunday matinee to the Dallas Stars in a 6-3 paint brushing. For the calendar week that put them at 1-3 as they continue to lose ground in the Central division race for playoff positioning.

The week began with a second consecutive decisive loss to CAL in a 5-1 humiliation. The team rallied to beat the Philadelphia Flyers out east in a 5-4 seesaw affair. The club dropped an embarrassing 5-4 game to the much-maligned Buffalo Sabres the next night.

I’ve seen team seasons come down to the points needed from a single game. But by the time this season gets to that point I’m not certain the WILD would be anywhere near a playoff spot.

Yes, things are that tough at the moment for this team.

Since New Year’s day and the national TV loss in the Winter Classic to the STL Blues the WILD has gone 13-11. They still put up a strong performance in January, going 8-2. They had a poor February at 4-6. And so far in March they aren’t faring that well with a 1-3 record.

They have gone from a .667% win pct down to .620%. They are 2-8 in their L10. That streak looms large for me because it dates itself back to the night of the 6-3 loss up at The Peg that began this downtrend the club is on. The team went up there and had a rather poor performance and it hasn’t stopped.

A week before that against this same foe in the same arena the team took a 2-0 decision on the chin and were outclassed. They beat a strong Hurricane team four nights later in a 3-2 game.

And then perhaps the forebearer of what we would see now was when they had to hang on against a rebuilding Red Wings team in a 7-4 win. The Wings took an early 2-0 lead and then the WILD stormed back to go up 5-2 before Detroit would scare the snuff out of them late, closing the score to 5-4 before the WILD got two very late tallies. It was sloppy to say the least.

The Wings have a good-looking rebuild coming along. The WILD’s is suddenly suspect.

What’s at play here? Why is the team playing the way they are currently?

Theories abound from one end of the state to the other. The tricky part is finding theory that is supported by data. That can’t always be accomplished though.

The team has had some injuries to significant players and some have gone through illness and COVID protocols. But so has every other team. Are the current woes temporary or deeper than that?

What am I seeing with this club? Today was their 54th game played this year with 28 to go. There are some games where they look tired and might “give up” a period because they aren’t matching the other team’s pace that night.

With a full one-third of the roster being 30 or older that isn’t a surprising factor. I don’t feel it’s a major factor in the team’s current fortunes. But given the way their schedule looks for the remainder of the year it will be.

That brings up another concern; if the team hangs on and gets a playoff berth what will they have left in the tank?

We know the Stanley Cup tournament is a war of attrition. And this wouldn’t be unlike other years with this team whereby they had to play at a maniacal pace to get a spot only to find out they had nothing left for the dance itself. We’ve seen it before.

As mentioned the team has been banged up. At times they also look like a club that’s trying to cut back on contact, perhaps because they have had a few of their teammates go down with physical ailments. Maybe the marathon vs. sprint mindset has taken over.

It’s a long season I get that. Somehow I feel that’s made this team mentally revert to more of a cute style of perimeter hockey that’s not always effective for them. Neither can you play recklessly.

As for any significant data that points to a problem area. The bulk of their statistical ranks is about the same as mid-January – all except for the Penalty Kill. It has fallen five spots down to 22nd. The team is better in Goals For going from 7th to 4th. They have dropped one place in Goals Against from 18th to 19th. The Power Play is better at the 19th spot from the 23rd. But the PK has been struggling. In its 4-9 stretch since February 16th the team has given up at least one PP goal per game except in the TOR loss. And even in that loss it may have been their best-played tilt of the stretch.

With trade deadline talk buzzing everywhere is this a temporary trend or have we seen this team’s best for the season? I’m not sure but I think they will get past this at some point. In almost every loss I have seen some parts of their game that are still pretty good. Against BUF on Friday night they had some sustained offensive zone time that resulted in multiple line changes without losing the zone or possession. And then today I didn’t observe much of that.

If Kaprizov and Zuccarello are going to continue as linemates does the team need to obtain a “heavier” player to play with them? Someone not in the organization at this time? A player who could protect them and open up the ice for them? If the team’s Cup “window” isn’t open yet do you even make any deals or ride it out? Only time will tell. PEACE