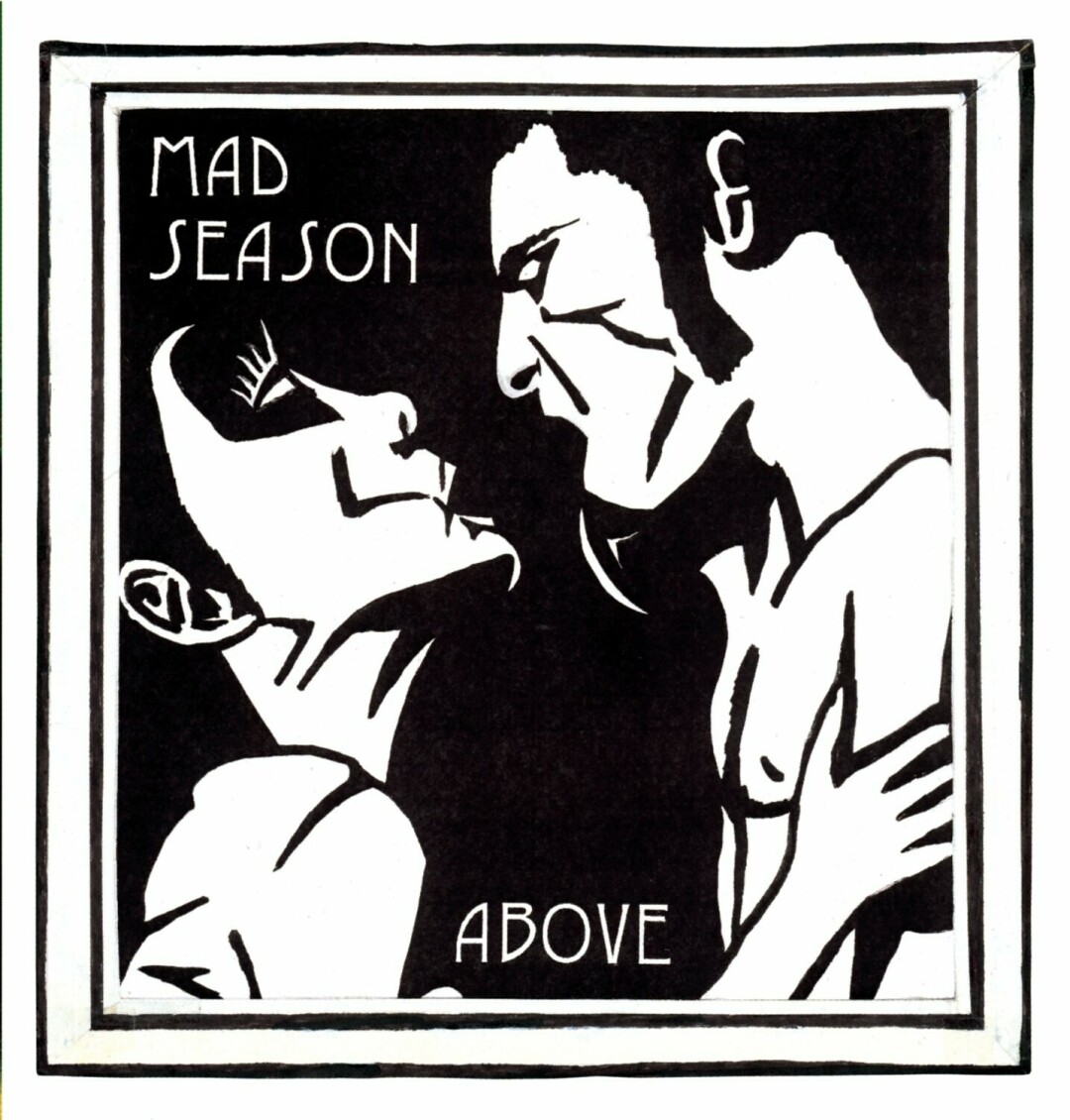 My nephew Matthew recently invited me to his home in Virginia, and asked me to bring my portable turntable and speaker. He said he was going to order an album for me just for the occasion.

I grabbed about 20 albums along with my U-turn Orbit turntable and Klipsch the Three speaker and headed north on the coldest weekend of the year. Matt had been talking up this record he wanted me to hear, but he didn’t offer much information, other than he finally got it and he thought I would love it as much as he does.

Knowing he has a taste for ‘90s grunge and modern outlaw country, I had no idea what the record might be.

Well, it turned out to be from the former category, a sort of supergroup of various Pacific Northwest bands. The band is called Mad Season and the record, Above, is the only release by the original band. It was first released by Columbia Records in 1995. This is a four-sided 2013 vinyl reissue with four extra tracks, and I love it.

Apparently the idea began for this band in 1994 when McCready and Saunders met in rehab at Hazelden, right here in Minnesota. Their first shows in Seattle were performed as The Gacy Bunch. By the time they recorded the album in 1995 at Bad Animals Studio (co-owned by Heart sisters Ann and Nancy Wilson), they had taken the name Mad Season.

“Long Gone Day” is a great song with an almost jazzy feel, courtesy again of Martin’s vibes and Seattle saxophonist Skerkik (who can also be heard in Les Claypool projects).

Not being a Pearl Jam fan, I had no idea what a great guitarist McCready is. You want screaming arena rock guitar? No problem (“I Don’t Know Anything”). Hendrix talking blues hoodoo. Done (“Artificial Red”)!

But the star here for me is Barrett Martin. Besides some superb drumming, he also plays the vibes and marimba, as well as other percussion instruments, cello and upright bass. The vibraphone on the beautiful and mysterious opening track, “Wake Up,” had me immediately. It might be my favorite instrument, in the right setting.

Just as it opens with beautiful mystery, the original album ended with the equally mysterious “All Alone,” which is based in am eerie, droning sonic landscape, possibly with Tibetan bells.

The extras on the reissue include three songs unfinished for a planned follow-up album that was scrapped when Staley died of a speedball (heroin and cocaine) overdose in 2002. Ironically, McCready and Saunders had originally invited Staley into Mad Season thinking it would help his crushing addiction if he were in a sober band.

Lanegan was tapped to help complete the three tracks for the ressiue, “Locomotive,” “Black Book of Fear” and “Slip Away.”

The reissue also includes a McCready instrumental “Interlude” and an awesome cover of John Lennon’s “I Don’t Wanna Be a Soldier.”

I was surprised to learn that in addition to Staley and Saunders, who died of a heroin overdose in 1999, Mark Lanegan died on Feb. 22, just a few days after this album was given to me.

Which sounds like a permanent end to another supergroup.