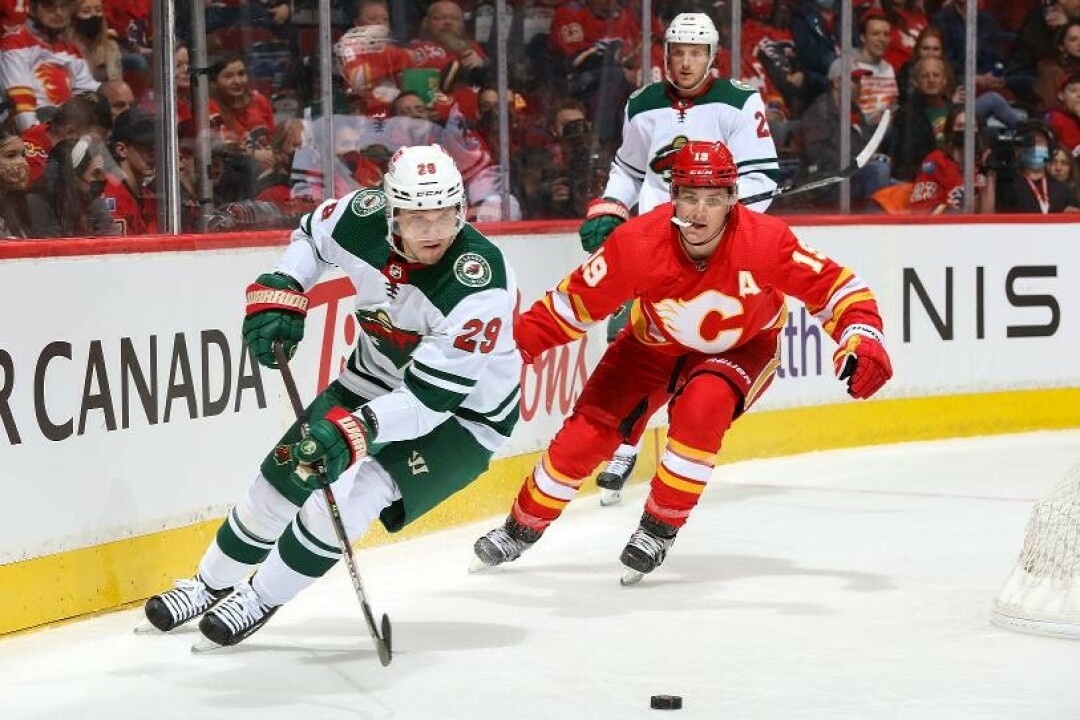 We went from signing off on the 2022 Beijing Winter Olympic Games to a world in peril. As I sit this evening and contemplate our global affairs, it is unnerving in the minimum and downright scary to the maximum. One country invaded another and there is a human toll being exacted as I write. It matters not that it’s on the other side of the world. It may as well be right down the road since my country is a participant.

And whether an uninformed or informed populace knows it, the United States is involved.

That’s right. It doesn’t matter if we have troops on the ground there or not. The U.S. is in this up to its eyeballs. Examining and then trying to explain the whole history of this matter would be extensive. It is complex. I’m not an expert on it but I have learned a fair amount of information on the topic.

There has been plenty of hostile provocation and gamesmanship between the U.S. and Russia, most of which never sees a news broadcast or newspaper.

But once again the human race is being asked to pay for an unwanted armed conflict with lives and treasure in a game where no one wins except those who make the weapons and those that give the orders to use them. Many people will die. A lot of money will make its way into the hands of a few. And the working class will never learn.

At least this time around I haven’t heard all of the monotonous blather about our “freedom and national security” being at risk so we should be more than happy, even eager, to sacrifice our young and our hard-earned tax dollars to that effort. Or maybe I’m just so lifelong weary of this eternal war my country almost always seems to be in that I’m not digging as deeply as usual for info this time around.

Am I finally numbed to this so much that I find it repulsive to even look into it below the surface? I find it pathetic that I have to use that phrase. “This time around.” It means that we are involved in this so often that we simply refer to it now as “this time around.” It undermines its gravity.

At this moment I’m hearing more dialogue that doesn’t seem to have a lot of thought or depth behind it to a few quotes given by people who understand the matter and have given it some close review. The hockey world has sat up and taken notice of this situation as well.

The International Ice Hockey Federation issued this statement over the weekend: “The International Ice Hockey Federation (IIHF) is saddened and deeply concerned by the recent events in Ukraine. The IIHF and its Council condemn the use of military force and urge the use of diplomatic means to solve conflicts. Our thoughts are with the people in Ukraine and the Ukrainian ice hockey family.”

As the IIHF has a duty of care to all its championship participants, the IIHF Council is reviewing and considering the implications of this conflict on our events. A council meeting has been called for Monday late afternoon on 28 Feb.”

As reported in several publications the group will meet to discuss possible sanctions to be levied on Russia due to the UKR invasion. It has been noted that the Swiss and Latvians have co-oped with other IIHF members to petition its board to remove Russia and Belarus from the IIHF and reschedule any 2023 events either would have hosted. With this past U20 2021-22 World Juniors canceled midstream due to pandemic concerns, it has been rescheduled for late summer this year to be played in Edmonton AB. Several countries are advocating for Russia and Belarus to be banned from participation.

In addition, none other than Wayne Gretzky weighed in on the situation from his analyst’s chair on the TNT hockey broadcasts. He feels wholeheartedly that the RU and BEL should be banned from participating in the tourney and that other sanctions should be brought forward.

After that point all of the dialogue I read broke down pretty quick.

“If you ban the Russians from one thing then you have to ban them from everything.”

If the Russians are removed from the IIHF should the NHL ban Russian players”?

It became nonsense after I saw that. If everything is dependent on everything else in this world where does it end?

I am saddened that this will impact the hockey world in any way.

Most NHL clubs have players from five to eight different countries. They all get along and work together. The real good teams owe part of their success to the fact that all of those guys have also become brothers of sorts.

One of the things I love about hockey the most is rivalry but respect on the ice and friendship off of it.
It bothers me that this brother and sisterhood among the hockey-playing countries will be tampered with and none of the reasons have anything to do with the sport. But deal with it we must.

And don’t forget that not one hockey player was consulted before or after this invasion began. There are but a few psychopathic men responsible for this mess, and none of them are professional hockey players.

THE MINNESOTA WILD had a disaster of a week going 1-3 on a Canadian road trip. They took the first game of the four in EDM by a 7-3 score. They lost to OTT in a 4-3 tilt. Then in TOR they dropped a 3-1 contest to the Maple Leafs but with the 3rd tally being an ENG it was a 2-1 game and it was by far the team’s best effort of the trip. Last night they got paint brushed by the Calgary Flames in a 7-3 pounding.

After taking an early 1-0 lead on a Frederick Gaudreau goal there was some back and forth play and then the Flames dropped the hammer and scored the next five goals. When the WILD has to play a team with a strong “heavy” game style, the WILD does not come out on top. That’s a struggle for them. Any good news? No. They play CAL again Tuesday eve in St. Paul. PEACE