A night of guitar virtuosity 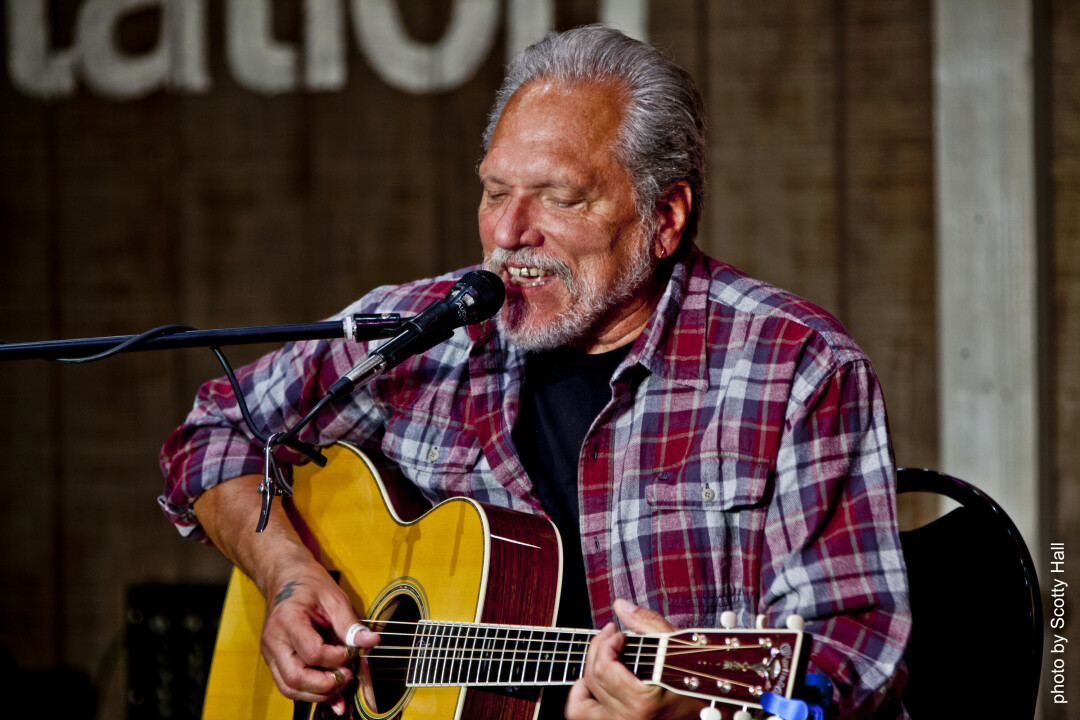 Through her online connections, my 100 percent Finnish-American mother said there seemed to be quite a bit of excitement in the Finnish community about guitarist Jorma Kaukonen coming to Duluth.
When I told him that in a recent telephone conversation, Kaukonen said, “This second-generation American Finnish is pretty excited. I mean, it’s like ground zero. My dad was born in Ironwood. It’s been a while since I’ve been back and I guess all those guys have passed away now [guys he met in a visit to Ironwood with his father], you know, but yeah, like I said, it’s Finnish ground zero. And then I live in southeast Ohio where they were appalled that a man’s name ends in a vowel.”

Speaking of that first name, had I done my due diligence and read his 2018 autobiography Been So Long: My Life and Music before our call, I might have greeted him as “Jerry” rather than “Jorma.”
I’ve since read his book, and learned that while named after his father, like his father he went by the more American Jerry.
I highly recommend the book to Jefferson Airplane/Hot Tuna/rock/folk music fans, and especially to anyone going to Kaukonen’s solo show at the West Theatre on March 3. Will you enjoy the show any less if you don’t read it?
No, not with Kaukonen and his guitar in front of you. He will, as he has done for most of his adult life, delight and entertain with his music, which he says covers everything from “erection to resurrection.”
But the book will give you insight into a very humble and likable guy. I suspect that also comes across in each performance.
He started things off with a question for me, saying he would be driving his truck from his Ohio home to Duluth in very early March, so what kind of weather could he expect deep in the Northland at that time of year. I prepared him for the worst but said let’s hope for nothing worse than a wintry mix.

He was a on a bus when we spoke, doing an acoustic Hot Tuna tour with his old pal and Jefferson Airplane bandmate Jack Casady. They had a thousand miles to cover that day for the next gig.
But when he can, as with his Duluth gig, the 81-year-old Kaukonen loves the road, be it straddling a motorcycle or behind the wheel of a car or truck. The trip from his Fur Peace Ranch in Pomeroy, Ohio, to Duluth, is just a little more than 900 miles. So, I wondered, what will he be listening to on the trip?

“I’m glad you asked that,” he said. “I was just listening to before your call this podcast, Cocaine and Rhinestones by Tyler Mahan Coe, son of (outlaw country musician) David Allan Coe. He has two seasons. He’s been given complete access to the archives of the Country Music Hall of Fame. It’s incredibly well researched. He plays great music. I find it really funny. He’s a really interesting guy. I hope I get to meet him sometime. I heartily recommend Cocaine and Rhinestones. You’re gonna love it.”

In April, Hot Tuna celebrates the 50th anniversary of their third album (and first studio album) Burgers with a live performance of it at Carnegie Hall (minus original member Papa John Creach on violin, who died in 1994). So how was the current acoustic tour going?
“Everybody on both sides of the stage is so appreciative,” Kaukonen said. “Jack and I are just having a great time. We’re playing really well. The other thing is, again after all these years, I’m gonna pat myself on the back a little bit here, but I really think I’m playing better than ever. I’m probably not as fast as I used to be, if that means anything at all, but I think my tone is better. I think my insights are better.”

And I suggested he is so generous with his talent, referencing a slew of free shows you can find on his website.
“When the pandemic hit us, and my wife and I were we’re trying to figure out what are we gonna do? And I said, Well, we’ve got this theater [at the Fur Peace Ranch Guitar Camp] Let’s just put this thing out. I mean, I love playing for people. And I convinced myself that even though I was playing in an empty room, there are people listening to me. It really made me feel good.”

His virtuosic exploration of the guitar is a journey that does not end.
“I discovered I just couldn’t get enough of it, you know? And I was talking to Jack about it yesterday. You know it’s just never going away. It’s just always fun. You know, sometimes my intersections with it are more serious than others. But it’s never far away.”
At the March 3 show you can expect Kaukonen to dip into his entire catalogue.
That should include “Embryonic Journey,” his gorgeous instrumental from Jefferson Airplane’s groundbreaking 1967 album Surrealistic Pillow, a fingerpicked guitar tune that was included at the insistence of producer Rick Jarrard. The way the story goes, it was a tune Kaukonen had written several years before (“Before I was married,” he adds), and he was goofing it with in the studio hallway when Jarrard heard it and insisted it be included on the record.

“Yeah, pretty much,” Kaukonen said when I mentioned the story I had read somewhere. “I remember that he wanted me to do that. I thought he absolutely lost his mind. It just goes to show you that you never know what the guitar’s going to show you, what the next thing is. The pieces fell into place. Having been in the game as long as I have now I wish I could plan something like that, but it doesn’t work like that.”

“Well,” I say, “it just seemed like a magical piece at the perfect moment in time.”
“I agree,” Kaukonen said. “What a gift somebody up there gave me is all I can say.”
When it comes to the show, Kaukonen said, “Basically, I’m just telling my story in another way, one more time. We’re gonna have a good time. I’m really looking forward to this and, hopefully, I can get some Finnish delights. I’m glad you know about Pulla [Finnish cardamom bread] and pasties.”
I said I would make both happen. Concert-goers might even get a little extra treat.