Facts and folly in Ukraine 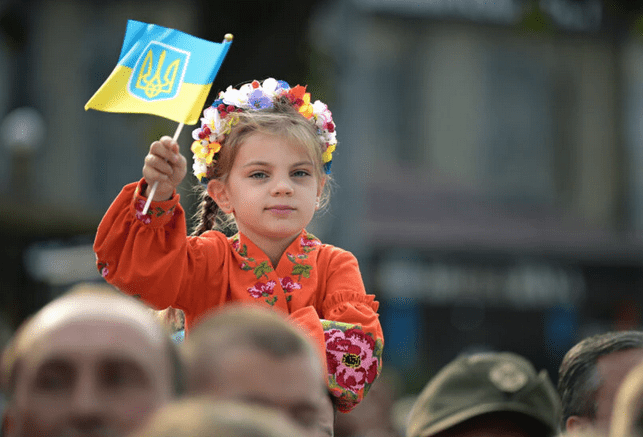 “Today we face an avoidable crisis between the United States and Russia that was predictable, willfully precipitated, but can easily be resolved by the application of common sense.” – Jack F. Matlock, Jr., U.S. Ambassador to the Soviet Union from 1987-1991

Once again our government is meddling in another conflict on the other side of the world. Given we just got out of a disaster in Afghanistan, one would think we might be a little cautious about jumping into another no-win situation in Ukraine. But we are actively “precipitating” an “avoidable crisis.”

I have recently spent time reading and watching webinars about Ukraine (see partial list below). There is much Americans need to know about the conflict in Ukraine but are not being told. The public gets the biased propaganda intended to justify the desired Washington establishment agenda.
There is certainly no “fair and balanced” information coming from the corporate media. We need to be hearing from people like Ambassador Matlock, a career diplomat, Russian expert, and Reagan appointed ambassador to Russia.
To begin with the United States has no “vital national interests” in Ukraine. If Ukraine disappeared tomorrow it would have zero impact on the vast majority of Americans.
A couple of facts make this abundantly clear:
• There are only about 1 million, or 0.3% of our population, who are of Ukrainian descent
• In 2019 total imports from, and exports to, Ukraine represented only 0.1% of our total imports and exports.
• The few billion dollars in trade include no rare products or anything vital to our economy that are not available from other sources.
• We have no significant historical, cultural, political, or economic ties with Ukraine.
Getting into another no-win war 5700 miles from home will accomplish nothing but kill people – mostly Ukrainians.
What will impact Americans is the costs of a war on our troops, our economy, the national debt and our standing in the world. The costs will be high even if U.S. troops are not directly involved.
The cost of war are always more than predicted. We have already wasted over $2 billion in military aid. The risk of a war escalating into a regional or possibly global nuclear conflict endangers all of us.
Reviving the Cold War tensions with Russia will reduce global security and have diplomatic and financial costs for decades into the future.
Any notion that we are defending freedom or democracy in Ukraine is ludicrous. This is always the justification for all our military adventures.
But we have a long history of supporting dictatorships, military coups and overthrowing democratically elected governments. The current government in Ukraine is another example.
The 30 years of Ukrainian independence is more accurately described as a story of corrupt oligarchs battling for power and control than freedom fighters struggling against Russian aggression.
Numerous reliable sources have documented that neo-Nazi militias are an integral part of the current government, including local police. These militias have a history of anti-Semitism and are currently engaged in ethnic and political violence against the Ukrainian opposition and ethnic Russians in Ukraine.

This is also documented by the personal experiences of Ukrainian refugees fleeing the violence and by American observers who have experience in Ukraine (UNAC webinar listed below).
A look at history shows a fully independent Ukraine has only existed since 1991. Ukraine has been associated with or part of Russia for many hundreds of years.
The two countries are genetically, culturally, linguistically, religiously and historically connected. This does not justify Russia’s current actions but it does put the situation into perspective.
The geographic area of Ukraine shares a long, colorful history with the the people of Eastern Europe. The Vikings were part of the genetic mix and were involved in the development of both early Russia and what is now Ukraine. Kiev was once the center of a loosely organized medieval federation of principalities including modern Belarus, Lithuania, Poland and part of Russia.

The Kiev principality became a suzerainty of Muscovy (Moscow) in 1654. Crimea was annexed by Russia in 1783 (the same year we official became independent from England). The area of Ukraine became part of the Czarist Russian empire in the 19th century.
Ukraine participated in the two Russian revolutions and civil war of 1917-1923, becoming the Ukrainian Soviet Socialist Republic in 1924. When the Soviet Union fell apart, Ukraine became an independent country.
In modern times Ukraine has been economically tied to the former Soviet Union. Ukraine was a major mining, steel producing, manufacturing and agricultural region of the Soviet Union.
Today Russia is still Ukraine’s most important trading partner. The population is 73% Ukrainian and 17% Russian. Ukraine does have economic ties to other European countries and these relationships do not depend on NATO membership.
Today Ukraine is the poorest nation in Europe. Beginning with the collapse of the Soviet Union, Ukraine has experienced 30 years of political and economic instability including two coups and a civil war.
Ukraine has the third largest military in Europe (behind Russia and France) and this militarism is a major factor in Ukraine’s economic woes.
None of this will be solved by joining NATO. The United States pushing the expansion of NATO is, in Ambassador Matlock’s words, a “profound strategic blunder.”
Our shipping more weapons into this volatile situation will only exacerbate the problems.
Ukraine is a pawn in our reinvig-orated Cold War struggle for spheres of influence and containment of communism. This conflict has little to do with Ukrainian freedom or the well being of its people.
The only winners will be the merchants of death who profit from war and our militarized foreign policy. Playing nuclear brinkmanship over Ukraine is simply stupid.
Ambassador Matlock’s experience speaks clearly, “...what Putin is demanding is eminently reasonable...By any common sense standard it is in the interest of the United States to promote peace, not conflict. To try to detach Ukraine from Russian influence...was a fool’s errand, and a dangerous one. Have we so soon forgotten the lesson of the Cuban Missile Crisis?”

I am reminded of the 1960s protest slogan, “If your are not part of the solution you are part of the problem.”
Our government is seldom part of any solutions to problems. We are either stonewalling positive developments, like climate change agreements or bans on nuclear weapons, or we are throwing fuel on the fire in some conflict like the civil war in Ukraine.

To learn more see:
• “NATO and the Origins of the Ukraine Crisis,” Common Dreams, Jack F. Matlock, first hand account by a Republican diplomat who was there during the Cold Aware and collapse of the Soviet Union.
• “3 decades of turmoil bring Ukraine to perhaps its greatest crisis,” National Public Radio, the history of Ukraine since independence.
• Google “Ukraine neo-nazis” to find many news articles on right wing militia violence and collaboration with the current government.
• Ukraine on Fire is an Oliver Stone documentary available free on tubity.com
• “Human Rights Watch Ukraine” for the impact on women, minorities, dissidents and others.
• The United National Anti-War Coalition (UNAC) has a good webinar with Ukrainians, Russians and Americans discussing the situation.