Is history a nightmare or a dream? 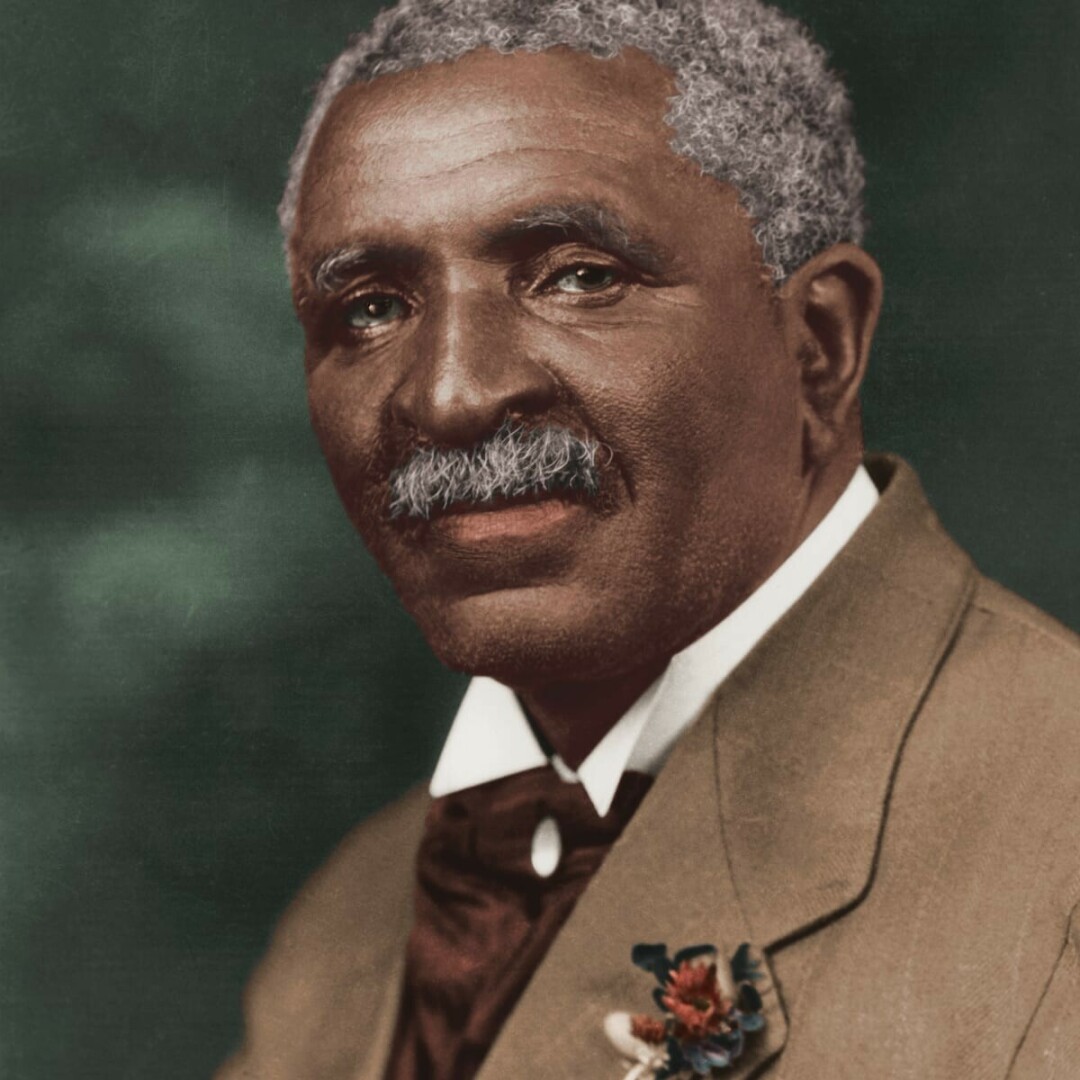 Will a political party that burns books aslo burn who reads them?
My choice for second-worst political party in modern times is the Monster Raving Loony Party organized in Great Britain by Davis “Screaming Lord” Such.
His platform had two major goals: (1) tow Britain 500 miles further out to sea to improve its climate, and (2) put glowing phosphorescent material in all dog food so pedestrians walking in the dark would not step in doo-doo on their way home from the pub.
The worst political party in modern history is the one operating in the Divided States of America today as the Trumplican Party.
The Monster Raving Loony Party lasted only a few years, but the Trumplicans have been around since 1849.
It started out as the American Party, morphed to the Know-Nothing Party, then morphed to the Fusionist Party, then morphed to the Republican Party, which has now morphed to the Trumplican Party of “The Chosen One,” the Christian Master Race led by Donald Trump.
White Protestants established the American party to oppose immigration of coloreds and members of the Roman Catholic Church. They wanted to make America a Christian nation, but they did not want Catholics to control because they were afraid popes would then rule the country. (Politics have not changed much in 173 years!)

The Know-Nothing Party was born of the American Party and consisted of working and middle-class fearing to be replaced by immigrants migrating to the USA by the millions.
The Know-Nothings lived up to their name because the party told them to respond with “I know nothing!” when asked about its goals! (Reminds me of the cowardly 43 Trumplican senators who remained mute when asked to comment about the “legitimate political discourse” on Jan. 6!)
The Know-Nothing Party merged with the Fusionist Party, a precursor of the Republican Party, in the 1850s. Then came Abraham Lincoln, the Civil War, the battles over Reconstruction, the 100 years of Jim Crow 1 and the 60 years of Jim Crow 2.
How do we recover From Jim Crow 2? We teach critical race facts to all
A recent investigation by the Washington Post of censuses and other historical records reveals that more than 1,700 congressmen who served in Congress in the 18th, 19th and 20th centuries owned slaves at some point in their lives.
Current divisions emphasize we are still grappling with the tragedy of slavery since 1619. The Post database shows enslavers in Congress represented 37 of the 50 states – in the South, New England, Midwest and many Western states.
The Grand Daddy of all slave owners was probably Senator Edward Lloyd V of Maryland, an owner of a huge plantation who had 468 slaves on his roster in 1832. He would have been the Jeff Bezos of his time, one of the richest men in the U.S. The Black hero Frederick Douglass was one of his slaves as a child.

In 1820 even Illinois Senator Elias Kent Kane owned five slaves.
Before we get to more critical race facts instead of theories, let’s have a few more facts about the country in 1860, certainly one of the pivotal years in our history.
The total population was 31,443,322, with 23 million living in the 22 northern states and only nine million in the 11 future Confederate states. Of that nine million about three and one-half million were slaves.
A student would need to discover a lot of facts to learn why there were more millionaires in Jackson, Miss., in 1830 than in our financial capital, New York City. It has something to do with the price of cotton and the economies of slave labor.
Is that why of the 31.4 million people living in the United States, only 17.5% of the total were secessionists?
In the end, only a fifth of the population caused the deaths of about 620,000 of their fellow citizens in the bloodiest war of our history.
Slavery still hovers over us like a black cloud. A recent poll by NPR/ipsos indicates that 64% of Americans agree that our democracy is in crisis – and 79% feel the country itself is at risk.
English writer James Joyce described another situation with a great line that describes our mess succinctly: “History is a nightmare from which I am trying to awake.”
We will not awake from our nightmare if our population does not know our critical racial history.

For years the following was taught in Virginia about slavery
The official state social studies textbook for many years, Virginia History, Government and Geography, purportedly contained all of what was needed to know about the institution of slavery in the commonwealth in a short paragraph: “Throughout the 17th and 18th centuries, uncivilized and unemployed Negroes were given free passage on cruise ships from Africa to America with a stopover in Jamaica. Upon their arrival, after their time spent in the tropics, they were welcomed by white people who were happy to give them a new home. Jobs were provided along with a lifetime of free room and board. Here in America, they learned to speak English, sing hymns, and revel in the glory of God through the Gospel of Christ in place of their heathen savagery.”

I can’t believe this! Sounds like it was written by Groucho Marx! Is this for real? I need to see this in print in an actual textbook.
Another Virginia history text contains these immortal lines: “Above all, the Colony was determined to preserve the racial purity of the whites. This determination is the foundation upon which Virginia’s handling of the racial issue rests, and has always rested.”
I’m positive the following critical race facts about blacks in the military were not in those textbooks:
1. About 5,000 blacks served in Washington’s Continental Army in both segregated and all-black combat units.
2. During the Civil War, 200,000 blacks served in the Union Army; 38,000 died in combat, and 22 won the highest military honor, the Medal of Honor.
3. In World War 1, 367,000 blacks served in all branches of the Armed Services, 100,000 in France. Black private Henry Johnson was the first American soldier to be awarded the highest French military honor, the Croix de Guerre.
4. More than a million blacks served in World War II in all-black units in the Air Force and in other units. During the Pearl Harbor attack Navy mess attendant Dorie Miller took over an anti-aircraft gun from a dying white sailor and shot down four Japanese bombers. He was given the Navy Cross later, the Navy’s highest honor, by President Roosevelt.

The all-black Tuskegee airmen flying fighter planes called the Red Tails had the task of escorting bombers flown by white airmen in Europe. They were so good at it, white bomber pilots asked to be protected by the Tuskegee Airmen. They lost only 27 bombers in 179 attacks on Germany. In addition, they shot down 250 enemy fighters and destroyed 600 Nazi railroad cars and dozens of boats on rivers.

Black air Force General Charles McGee of the Tuskegees just died at age 102. He flew 409 combat missions in three wars; WW II, Korea, and Vietnam, putting in a total of 6,308 flying hours. That could be a record to admire by all whites. Whites have to learn it someplace.

A few critical race facts about the last 400 years, and the 1619 Project
Thirty-six Trumplican states, in their absolute terror and “discomfort” of discovering the facts about race and the horrific effect on their little darlings ranging from guilt to emotional distress, are trying to pass bullshit about Critical Race Theory to keep their fragile darlings from historical truth.

They insist ignorance and stupidity should win over education and truth.
Let’s remember we all came out of Africa and some of us ended up darker or lighter than others because of the sun’s rays or absence thereof.
Remember when, if you had one drop of black blood, you were considered a Negro and had to use “colored” toilets and water fountains?
Ignorance is not only bliss it’s a tragedy of nonsense. Why is all blood red?
The problem is, as German Heinrich Heine said: “Where they burn books, they will also ultimately burn people.”
Think of Holocaust. Here are a few critical “race” facts about our brothers and sisters:
1. The first known black person representing the first slaves dropped off in Virginia by Great Britain in 1619 was William Tucker, born in Jamestown, Virginia in 1624. His parents were called “indentured servants” instead of slaves.
2. The first published poem by a black was written by poet and activist Lucy Terry in 1746. She was born of a slave in Rhode Island and was freed at age 26 when she married a free black.
3. The first public black school for slaves in this country was organized in the 1770s by Anthony Benezet, a white Quaker abolitionist and educator.
4. Lucy Stanton became the first black women to become a four-year college graduate at Oberlin College in 1850.
5. In 1853, black writer William Wells Brown published the first novel by a black in this country titled Clotel, or, The President’s Daughter. He also was known as a lecturer on abolition of slavery.
6. In 1777, Vermont was the first state to outlaw slavery.
7. George Washington Carver was born of slaves owned by Moses Carver in  1864 or 1865. Shortly after his birth George and his mother were kidnapped by Confederate raiders who hoped to sell them for a good profit. Moses was able to rescue him but George never saw his mother again.
George’s talents were very noticeable so he was taught to read by Carver’s wife Susan and she allowed him to work alongside her in her garden. He also wandered in nearby woods and collected specimens of everything he could.
At age 12 he left the Carvers and moved to Kansas with a black couple. He attended his first school but was disappointed “in the lack of academic rigor.” He won a full scholarship at Kansas Highland College but was refused admission when it discovered he was black.
He attended Simpson College where he studied music and art. An all-around genius, he showed some of his paintings at the 1893 World’s Fair in Chicago. Later he was the first black student – and faculty member – at Iowa State University.
To make a very important story short, Carver became one of the famous men of the 20th century by teaching and experimenting with plants for 40 years at Tuskegee University.
He became world- famous as “the peanut man,” developing more than 300 uses for peanuts. Besides, he was a beloved and inspiring teacher. His life should be studied and admired by all students from pre-kindergarten through the PHD level.
If you have never heard of George Washington Carver, you are an ignorant uneducated boobus Americanus who joins book burnings and bannings, militias, pro-AR-15 and Glock shows, anti-vaxxer and anti-mask protests, anti-LBGTQ+ protests, believes climate change and the Holocaust are hoaxes – and “originalism” is the key to interpreting our Constitution.